The Most Bizarre Scientific Discoveries of 2017

Tom Bridegroom
The Most Bizarre Scientific Discoveries of 2017 December 15, 2017 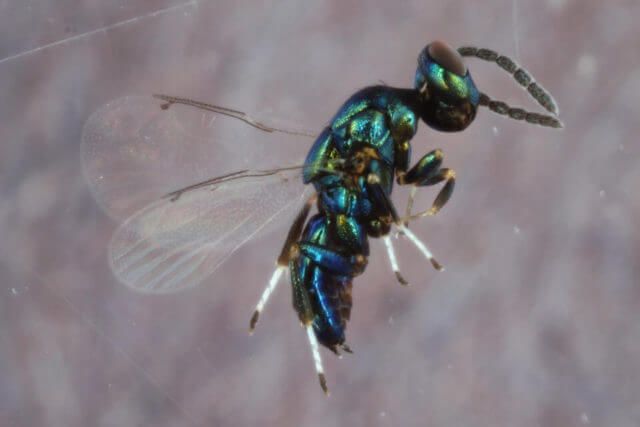 Time is a flat circle. But even as we hurtle around and through it, we manage to keep on making the most bizarre scientific discoveries. So here's what wowed us, shocked us, and made us text OMG to our friends this year.

Y'all, this dude shot himself in the eye as a kid and then grew up and used his empty eye socket to put a camera inside it. He is currently using his eyeborg powers to film a documentary. Still, it's not connected to his brain or his optic nerve. Yet.

If anything is a good representation of the complete waste of intellectual resources we've sunk to in 2017, it's a KFC chicken sandwich being sent to space. How much money did it cost for that Zinger to break the atmosphere? Although I will say, for all my glib bitching, it does look delicious.

With some serious breakthroughs in bioluminescence, scientists have devised methods of making entire plants glow for hours. The long range goal is replacing street lamps entirely with self-illuminating plants and trees. But what happens in the daytime?

In a turn of events directly and terrifyingly lifted from a Margaret Atwood dystopia, there now exists this hybrid of a human and a pig. Atwood called them Pigoons: originally bred for organ transplants before they become sentient and murderous. These, too, were created for organ harvesting...

Scientists have finally determined that there is nothing forbidding time travel in the laws of theoretical physics. However, only backwards? So I'll keep oiling my musket, just in case.

This is the year we discovered the Crypt Keeper Wasp, a parasite that actually takes control of its victims brains and forces them to commit suicide. Honestly it is cool and scary as hell and kinda like that one creepy-ass spell from Harry Potter. I don't like it! I don't like it at all.

From the same company that gave you the delightful ability to smell like cannabis, clean windows, lobster, pruning shears, fresh paint, Play-Doh, and earthworms comes this pungent perfume. It smells like kitten fur. I don't have a joke about this, the perfume that makes you smell like kitten fur.

A discovery in Antarctica of microbes that can harvest hydrogen, oxygen, and carbon monoxide from the air and stay alive in extreme conditions opens up a ton of questions about the survival of life on other planets. Questions that we will almost certainly never answer! But still, pretty cool.

Mars Will Kill You

Apparently the level of radiation one would experience, along with the effects of microgravity, would have a devastating effect on the human skeleton. It's almost as if... humans are not actualy meant... to leave their own planet? No, that can't be right. Hmmm.

Caused, it is speculated, by oil pollution in the freezing oceans around Russia, these seven-inch diameter ice balls just... showed up one day. If any place on Earth can take the crystalline purity of ice and transform it into giant greasy brown balls, well. I'm gonna wager it's Russia.

No longer will med students have to rely on bodies donated "to science" and have to try really hard not to laugh at the size of a dead man's penis. This year came the development of fake corpses so real, they warm and pulse and even pump blood. I bet Real Doll dudes are eyeing this shit HARD.

The question here is not "Oh, please tell me, I have been wondering ever so long. Why do shoelaces come untied?" The real question is obviously "Who is paying these scientists to conduct this study?" It's Big Shoe behind this, isn't it?

Amazon dude and offensively rich human Jeff Bezos wants to send people into space for leisure trips. Oh, just a light jaunt, see the sights, lose all control of our bowels before plummeting to the earth in a fog of uncertain doom. Srsly tho, give it a year and this'll def be a date on The Bachelor.

Scientists found a way to bond silicon and carbon and create life. This is undeniably nuts and very cool and scary as absolute hell. What will this lead to? What does this mean? I don't want to find out!

Tesla's introduction of their Nikola One trucks is changing America's freight industry. Will we see these crazy-efficient electric trucks driving down costs for consumers? LOL, oh u guys.

This supernova just straight up refusing to die. It just keeps exploding and dying and then exploding some more. No one knows why, but I'm gonna go ahead and speculate... time loop?

This year a former Google engineer began a church dedicated to worshiping artificial intelligence "to develop and promote the realization of a Godhead". Oh, terrific, my two favorite things! Organized religion and omniscient robots: What could possibly go wrong?

Controlling Sperm With A Pill

Doctors found they can cure certain forms of male infertility by adding protein. Just take a pill and you'll be fertile AF. Now, I wonder if it works the other way?

Um, so apparently the hole in the ozone layer is repairing itself? So the real question is: what are the OTHER terrible things we're doing now that's taken the heat off the ozone? Somehow I've ended up more concerned.

Scientists finally discovered a way to cleanly pour ketchup from the bottle. Oh my goodness, yippee, hooray! However, it involves a whole bunch of complicated physics whatsits and so I'm gonna wager we're all just gonna keep hitting the bottom of the bottle in timeless, futile thrusts.