These Uncanny Celebrity Doppelgangers Riding The Subway Will Vaporize Your Brain 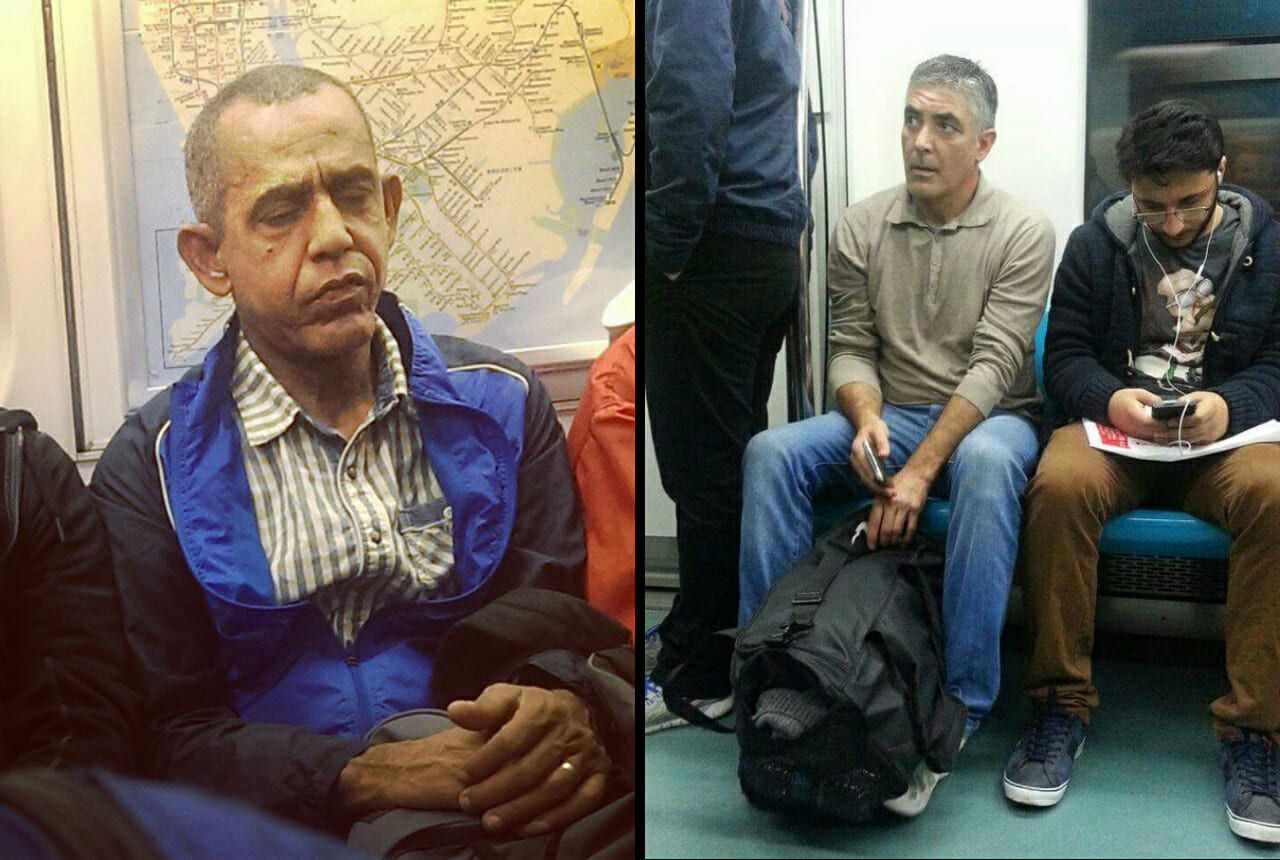 Do you ever see celebrity doppelgangers riding the subway? It happens more often than you think. Photos pop up online from all over the world. From New York to London to Turkey and everywhere in between, these are some of the most insane subway lookalikes.

Is this woman not Conan's spitting image?

Hey, girl. This guy looks like one Ryan we all know and love, but does he not also resemble a more polarizing Ryan? Perhaps Paul Ryan?

He should charge tourists for photos.

A designer in London made a special one-of-a-kind, totally Tube-ular shirt just to make his fellow passengers smile.

How many times a day do people approach this guy and just cry, "WE MISS YOU"?

After this went viral on Reddit, the Williamsburg resident saw it and said people tell him a few times a week that he looks like Van Gogh. Except, you know, with two ears.

Whoever snuck this photo certainly didn't have SLOW HANDS, amirite?

This almost didn't make the list because he looks SO much like Clooney that I thought it was mislabeled and was actually him. Nope, just a handsome lookalike on the Turkish metro.

Doctor House just tryna get to work on time.

... and Walter White's brother from another mother.

Not pictured on the subway, but this guy was punched while RIDING the subway by an angry man who yelled that he was punching him just because "you look exactly like Shia Lebeouf." On the bright side, Shia called him and wished him well because he felt bad.

Lebron plus about a decade.

One look-alike to rule them all.

And we go from Frodo to Saruman the White.

This lady looks much sweeter than her cinematic counterpart. She probably doesn't even like fava beans.

This poor guy was spotted on Moscow's metro system while Russian to get to work.

This guy not only looks the part, but he apparently plays along. For awhile, he was taking photos and donning a Cockney accent just like Rod himself.

The wurst doppelganger of all.

Chair and all. What a legend.

No doubt this is the safest commute you'll ever have.