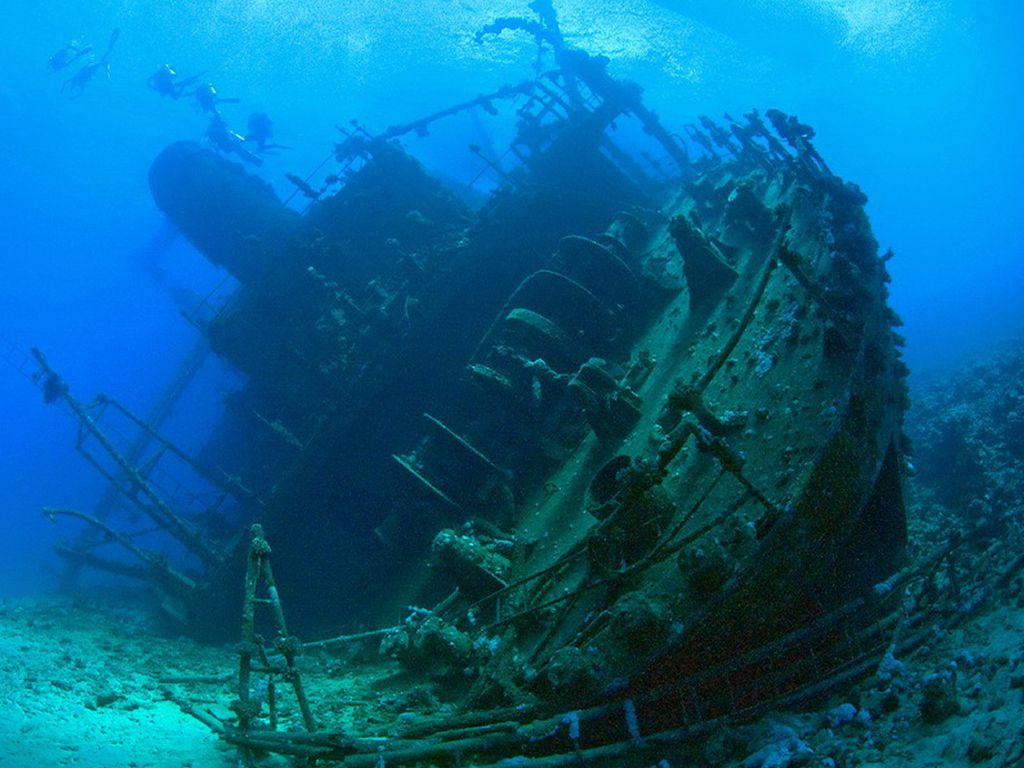 On June 1, 1676, one of the most impressive battleships in the Swedish fleet, the Kronan, sank to the bottom of the sea. With the Kronan went a vast hoard of valuable treasure including gold and jewels, but by far the most interesting relic has only recently been discovered...

There's a lot of treasure hidden at the bottom of the ocean. While pirates very rarely buried their plunder on land, there have been countless tales of stolen riches sinking alongside an overladen ship when a storm caught everyone off-guard.

Life on the Waves

In the 17th Century, naval powers across Europe were in an arms race to create the most technologically impressive, powerful battleships imaginable. All of this speed and firepower was put to work stealing from poorer nations, and fighting with other super powers for dominance of the sea.

In the early 1670s, the Kronan (also called the Stora Kronan) was one of the prides of the Swedish navy. It was one of the largest warships ever constructed, and was instrumental in the Scanian War— although not in the way Sweden had hoped.

War on the High Seas

The Scanian War involved many northern European countries as they battled for dominance over the sea, and, by extension, their various perceived right to travel to distant lands in order to steal their wealth, land and even citizens.

The Battle of Öland in 1676 was an important loss for the Swedes, as one of their flagships, the Kronan, was destroyed in fire. Around eight hundred sailors perished when the ship sank, but they took with them unimaginable riches.

With such a well-documented and famous shipwreck in such an accessible location, divers were soon eager to see what they could uncover from the wreck. Early expeditions involved using primitive diving bells, but as technology progressed throughout the 20th century, these expeditions grew more sophisticated.

In time and with advances in technology, divers were able to spend more and more time at the bottom of the sea, and, crucially, they were able to bring more treasure back up to the surface as they explored the wreck. Even 300 years after the ship sank, new discoveries were still being brought up to dry land.

There's a lot of history still buried underneath the waves. This shipwreck is an aquatic mausoleum, filled with ghosts and incredible discoveries just waiting to be made. And what Swedish archaeologist Jim Hansson would find deep in the water would soon astound people from all walks of life.

Marine archeology is a thriving area of research, as divers explore long dormant shipwrecks to discover the ways people lived in the past. In the case of the Kronan, there have been some truly fascinating discoveries which redefined the way we think about this period of history.

It's possible to still see the weapons of war aboard this ship, unmoved for centuries, thus giving us a glimpse at what warfare was really like in the 17th century. It's been possible for divers to extract more than a few of the guns and canons that once laid at the bottom of the sea.

This selection of admittedly very rusty rifles shows just a small percentage of the weapons that would have been on board a warship like the Kronan. These are some of the easiest artifacts to extract, but there's still so much more to be seen...

This sign, which shows the name of the ship, lay undisturbed at the bottom of the sea for centuries. Now, all cleaned up, we can see what the wood of the Kronan (or, it seems, Cronan) actually looked like when it first set sail.

But, then, who could possibly get overly excited about some wood when the ship also played host to enormous piles of gold and silver? One of the most appealing finds aboard any sunken warship of this era is the ill-gotten booty that it was transporting at the time of its destruction.

Hundreds of gold coins have been rescued from aboard the Kronan. A strong naval ship would have been considered a relatively safe place to store gold for a long journey, and these funds would have facilitated the Kronan's missions.

Gold isn't the only treasure to have been pulled up from the Kronan's wreck. Jewellery such as this beautiful ring have also been found— exactly the kind of treasure you'd expect to find in a shipwreck.

When properly polished, this treasure looks as good as it did three and a half centuries ago. Recently, though, experts have managed to uncover something far more historically interesting.

Life on the Waves

Alongside big weapons and small coins, the Kronan included every resource people needed for life on the sea. While some of the ship's cargo has rotten and decayed over time, some things have remained safe and sound within protective casings.

At the bottom of the ocean, some explorers found a relatively boring looking jar. Thinking that it could contain something valuable, they brought it to the surface, where it was unsealed for the first time in centuries.

The contents didn't look like much, but one thing was certain: whatever this was, it absolutely stank. Archeologists had to take a closer look to figure out what they had uncovered and if it was safe to inhale its fumes.

It was cheese! Deep down at the bottom of the ocean, a jar of cheese had been left undisturbed for well over three hundred years. Sure, it was pretty blue by this point, but there was no denying that this was an incredible slice of culinary history.

Just because the crew of the Kronan were at sea, that didn't mean that they should be denied the foods they enjoyed at home. A ship's pantry would have been stocked with all kinds of delicious food, carefully packed to avoid spoiling.

Sweden's rivals at the time, the Dutch, relied heavily on cheese supplies for food while on long voyages. Large wheels of Edam cheese were the secrets to their success, because this type of hard cheese ferments very slowly, making it perfect as a long-term food store.

Many of the artifacts that have been pulled from the Kronan wreck are now visible at the Kalmar County Museum. Displays show the original weapons and other treasures, while recreations of parts of the ship that showcase what it would have been like to travel aboard such a large vessel.

Fiddler on the Poop Deck

Cheese wasn't the only interesting rarity to be found aboard the Kronan. This display shows the remains of a very old violin, as well as a pair of drumsticks, which would have been used for the performance of sea shanties.

While the loss of the Kronan wasn't exactly good news for Sweden (or indeed for the ship's crew at the time), we've been able to learn a lot by studying the remains that have been found deep underwater. There's no way of knowing what other treasures await to be found below the waves.