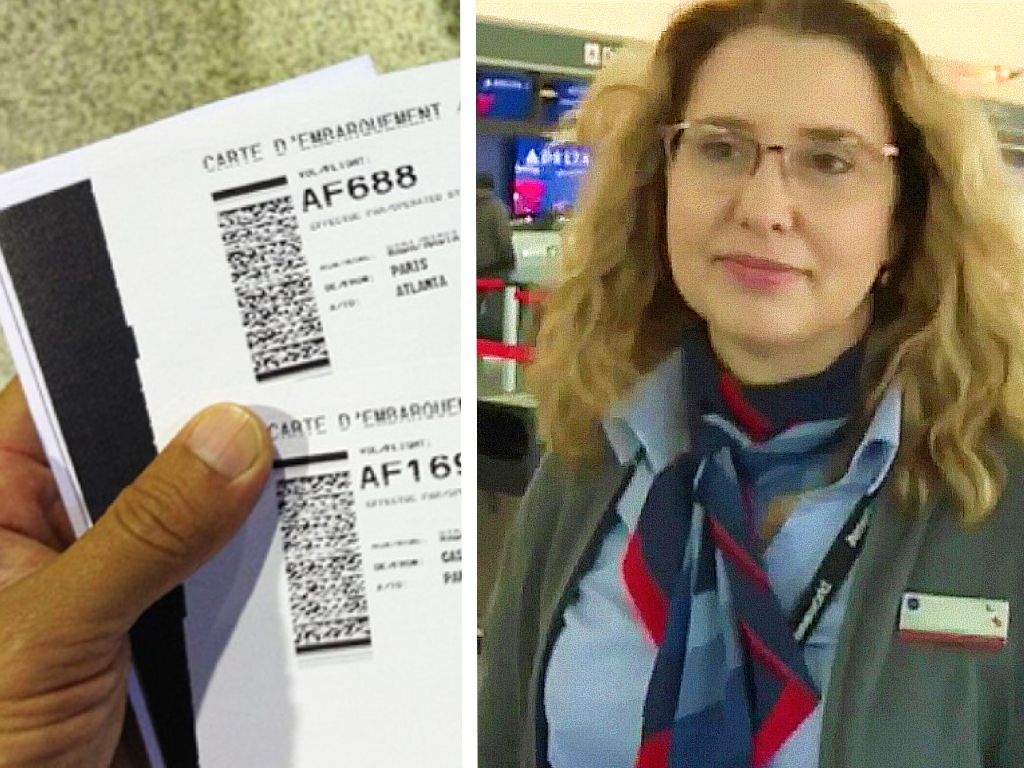 In August 2017, American Airlines agent Denice Miracle from Roseville, California, was approached by two teenage girls, and her Spider-sense started to tingle. There was something fishy about them, but she couldn’t put her finger on it. Then, she took a look at their plane tickets and realized they were in danger.

She Was Trained to be Alert

Denice Miracle was an American Airlines agent at the Sacramento International Airport in California. She was trained to be on the lookout for anything suspicious because she never knew what the day would bring. But she certainly wasn’t expecting to become a literal miracle.

She Had Years of Experience

Miracle told Today that she had been working as a customer service agent for about 28 years. So, her years of experience gave her a sixth sense when something was wrong, and she sensed danger. But was she in danger? For that matter, was the entire airport in trouble?

Two teenage girls walked up to her counter. There was nothing unusual about this. She saw dozens of customers every day. But there was something not quite right about these two, and the warning signs were right in front of her.

There Were No Adults Present

Any minor can access the internet and purchase a plane ticket if they can get their hands on a credit card. They can even fly unaccompanied. But despite this, Miracle found it odd that these teens had no parents with them, but that wasn’t the only red flag.

There Were Other Red Flags

The parental units were nowhere in sight, but the teens, 15 and 17 years old at the time, didn’t have any form of identification either. But TSA only states that adult passengers 18 and over must show valid identification at the airport checkpoint to travel. And yet there was still something else that didn’t sit right with Miracle.

They Had One-Way Tickets

Miracle took a look at their tickets. Each of them had a one-way first-class ticket. “They were young and by themselves. It’s unusual to get teens traveling that far by themselves,” she told “Today.” And then she noticed something even stranger.

She Thought They Were Runaways

They had no huge luggage, which was odd given that they were traveling all the way from California to New York. “Between the two of them, they had a bunch of small bags. It seemed to me as if they were running away from home,” Miracle told The Independent.

They Were Texting Someone

“One of the girls was texting someone on the phone to get answers,” Miracle told "Today." Was she talking to her mom and dad? That certainly disproved the running away from home theory. Her gut was telling her that she wasn’t texting her parents. But if it wasn’t them, then who?

Miracle told CBS13 Sacramento, “The way they kept looking back-and-forth at each other like they weren’t really sure.” But there was still one more thing in the girls’ possessions that made her follow her instincts.

Miracle inspected the girls’ tickets from Sacramento to New York which were bought online. But the credit card was under a different name. So, she turned to her supervisor to share her concerns. And then they took action.

She Told Her Supervisor to Go

“It was a first-class ticket; it was very expensive. I told a supervisor go to call the sheriff that it just doesn’t feel right. It just didn’t feel right,” she told CBS13 Sacramento. Once the cops arrived, the mystery started to unravel.

Cops Arrived to Lend a Hand

Authorities from the Sacramento County Sheriff’s Department Airport Bureau arrived to address Miracle’s concern. And that’s when they learned the real reason why the teens were traveling all the way to New York.

They Were Invited to Model

It turns out that Drey, a guy they met online, had invited the teens to New York City for the weekend to perform in music videos and to model. They were offered $2,000 in exchange for their services. So, the cops’ next step was to find Drey.

They Didn’t Know the Trip Was One-Way

The teens never realized their tickets were one-way, but authorities suspected why Drey had made it so. However, when they tried to reach out to him through Instagram, Drey deleted his account. But the reason why he had tried luring those girls sent chills down Miracle’s spine.

It Was a Child Trafficking Case

Sacramento County Sheriff’s Sergeant Scott Swisher confirmed that this was a suspected case of child trafficking. But there were a lot of things about Drey that just didn’t add up, and cops were completely stumped during their investigation.

Drey Went Off the Grid

"We don't believe his real name was Drey," Swisher told Today. To make matters worse, Drey had allegedly used a Google phone number, which made it impossible to track him down. But things could have turned out very differently.

They Were Finally Home

The teenage girls were returned home, but that wouldn’t have been the case had Miracle not trusted her instincts. “Miracle’s quick thinking may have saved the girls from serious harm,” American Airlines general manager Aleka Turner told Today. But Miracle’s actions didn’t surprise her one bit.

Miracle Was on the Frontline

“I’m proud of Denice and how she put her training into action to save these children,” Turner said in a statement. She added, “She is a testament to the critical role our frontline team members play each and every day in the operation and the lives of each person they come in contact with.” Then someone very important weighed in.

One Mom Was Very Grateful

Miracle told Today that one of the girl’s mothers eventually contacted her on Facebook. According to her, the mom wrote, “There are no words to express our gratitude to you. Thank you. Because of you, my daughter is home safe with her family where she is loved and belongs.” But Miracle had a few words of her own.

She Felt Good About Her Actions

“It’s just heartwarming. It makes me feel really good, and I’m glad they’re safe,” Miracle told Today in response to the mom’s thank you message. But sadly, what almost happened to these girls wasn’t an isolated incident.

Human Traffickers Are an Ongoing Threat

According to Mary Frances Bowley, the founder of Wellspring Living, an organization dedicated to stopping the exploitation of children, the teens’ experience isn’t rare at all. “That is a typical scenario about how traffickers will lure girls or trick girls into believing there is something better for them using the internet and many different apps,” Bowley told Today. And there’s a reason these girls were targeted.

Bowley explained that there are specific types of girls these predators go after. "It may be vulnerable girls who may not have the support they need or may have just had an argument with their family who are looking for something … They are looking for someone and somehow to belong,” she said. But how did the parents not know their daughters were missing?

They Tricked Their Parents

The teenagers knew their parents wouldn’t have allowed them to fly to New York all by themselves. So, they came up with a plan. They told their parents that they were spending the night at each other’s home. It was a mistake that could have cost them their freedom or worse.

It Could Have Been Their Final Destination

The teenage girls’ flight could have ended up being their final destination had Miracle not been there to prevent them from flying. Had they been allowed to board the plane without their parent’s knowledge, their lives could have potentially been altered in the worst way possible.

Miracle Was a Total Miracle

It turns out that Miracle really was a miracle for these girls. And authorities hope that what happened to these teens will serve as a lesson for parents to always keep an eye on their children’s social media activities, before someone like Drey lures them into a human trafficking plot.