Danny Dabiri
Here Are All The Reasons Why Christmas In The ’90s Was Way Better Than It Is Now December 7, 2017 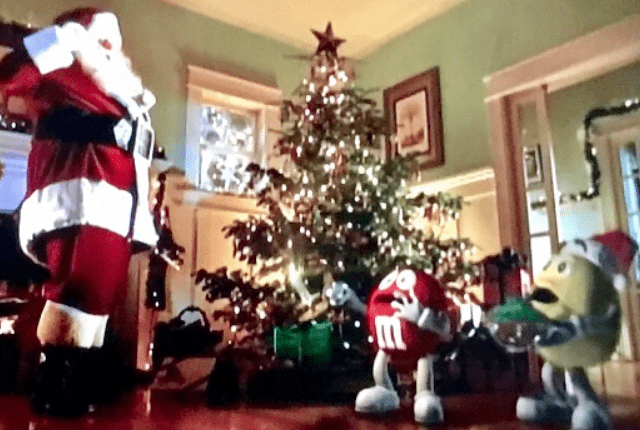 Christmas in the 1990s didn't include all the young people sitting around on their phones. Or parents having to drop multiple car payments on a new phone every year. Or people receiving accessories for their phones as presents. So here's a quick rundown of what a '90s Christmas looked like. Get ready to be either very nostalgic or very jealous.

Only Kids With Cool Parents Got Mortal Kombat For Christmas

Back when parents were going nuts over their kids secretly watching "Beavis & Butthead," getting a "Mortal Kombat" game meant your parents were cooler than 90% of humanity at the time. Parents used to be a lot more strict about which games kids played back then. This character choosing screen is how you would start on Christmas morning.

You would either hand-write or buy Christmas cards for all your friends and your crushes at school. If you forgot a single person, that is the person who would become a serial killer or spend an exorbitant amount on extra therapy. But you always made sure your crush had the most lovey one, just to drop those subtle hints because you were a relationship GOD at 6 years old.

These Little Buddies Would Keep You Cozy

These are very specific Muppet Babies plush dolls that almost literally everyone and their mom had for some reason. They were probably on sale at Woolworths for a few years.

These things were impossible to get and if your parents got this for you or for your younger siblings, then they really had their sh*t together. Due to the lack of supply vs. the demand it generated by the end of 1996 people were selling these bad boys for $10,000. In the '90s, at some point, somebody got a $10,000 Elmo.

You Desperately Wanted One Of These

In 1992 Home Alone: Lost In New York captured the hearts of millions, along with Kevin McCallister's sidekick throughout the film: his trusty Talkboy. The only bad part about it is that nobody ever tricked anybody with that thing. But hey, it was the '90s, so it seemed plausible enough.

These Beauties Were Invented And Your Entire World Changed

"But what if there was also white fudge on Oreos so every part of the Oreo was amazing and you didn't even have to perform cookie surgery to get what you want?" ^This man went on to make a billion dollars. His name? Abraham Lincoln.

You Begged Your Parents For These EXACT Moving Dolls Every Year

Literally these exact two dolls were everywhere if you went to a mall and they moved and they looked amazing for their time and they sold them too, so your parents were pretty much screwed here.

When they taught you how to make these in school and you opened up your first one, the entire world opened up and it's like you were Neo from "The Matrix" who was capable of anything moving forward.

The Mall During Christmas Time Was Pure Magic

Going to the mall was such a thing in the '90s that it's where most people had dates in their adolescence, it's where your parents would buy all the presents, and it's where you would wander aimlessly with your friends on weekends. So, of course, it was only customary for the malls to be decked out in the biggest and coolest Christmas decorations you would see every year.

Listen, the rest of her yearly tins are filled with inexplicable amounts of sewing tools (is that what they call them?), novelty pin cushions, and sometimes one was just crayons.

This was easily the most memorable commercial from the '90s because they still air it to this day. According to a Reddit thread, the guy who did the stunts for Santa Claus in the commercial gets a check for $5,000 - $10,000 every Christmas. He's been getting these checks for over 18 years.

You knew all the words to the songs already and it was like Mickey, Minnie, and friends were celebrating the holidays right there with ya.

In 1992 This Is The Thing You Wanted More Than Anything

The '90s had a moment where companies realized that kids spent lots of time with their parents at stores waiting for them to finish up while having adventures with their toys between dusty racks of clothes. This led to a bunch of smaller toys, including tiny diecast superhero toys which were not only portable, but nearly indestructible. Mighty Max were just badass Polly Pockets "for boys," and you could lose weeks in a single playset. Skull Mountain was the boss battle of them all.

You Carefully Learned All The Words To Everything In This Movie

This was everybody's transition from cartoons to "adult jokes." You knew their references were very meta and very beyond what you got from Muppet Babies. You were an adult now, because you were probably, like, seven entire years old and it was your duty.

These Hersheys Kisses Meant It Was Actually Christmas Time

The little regular-color foil one conducting was always a great touch.

You Watched This Masterpiece In Theaters, Then On VHS From There On Out

Arnold Schwarzenegger was still super relevant and flirting with doing comedies, so we got this actually-fun-to-watch achievement holiday comedy. The action isn't terrible either. Also it's a heartwarming watch for the whole family that you can probably watch on YouTube today.

People weren't already sick to death of this song. It was brand new. Brand spanking new. It was an awesome new hit and it was amazing.

You Witnessed The Birth Of The Coca-Cola Bears

After this commercial debuted in the early '90s it became a holiday staple. This commercial, or any commercial with the silent, but adorable, bears in it heralded the beginning of winter. Also they were on every supermarket display you could possibly imagine.

One Of Your Friends Secretly Owned This And Loved It

You know who you are.