Camila Villafane
Tourists Should Stay Away From These Beautiful Locations— For Their Own Safety November 8, 2019Leave a comment 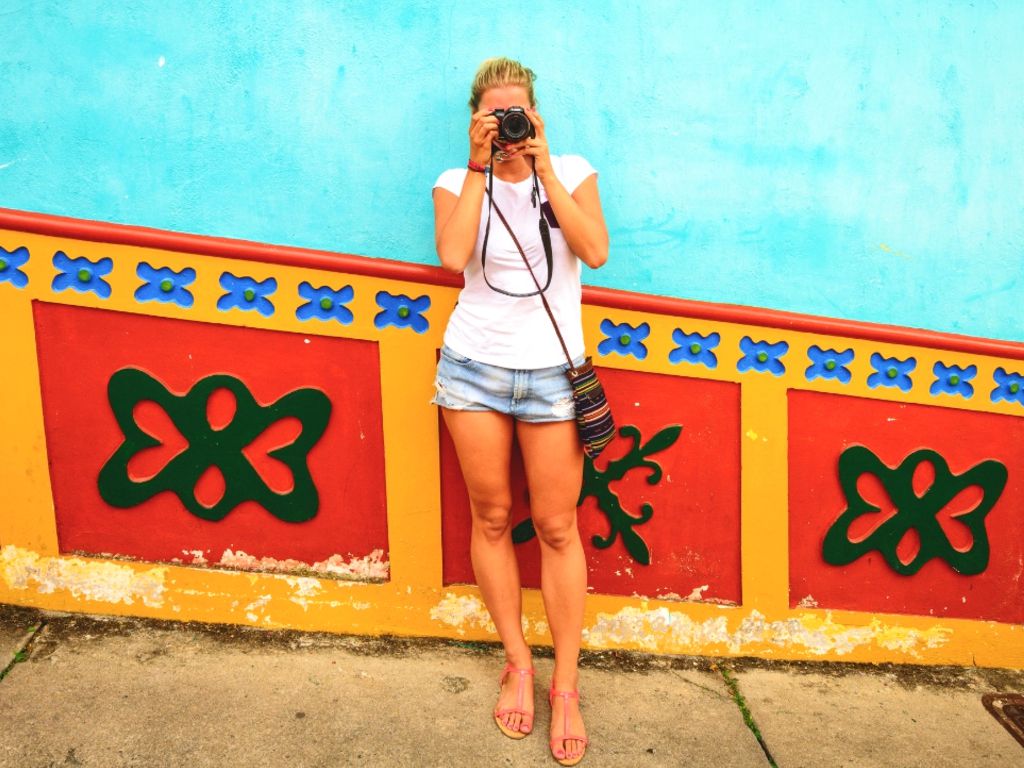 London, Paris, Tokyo and Sydney are some of the top world destinations people want to travel to. There are also some places in the world that are equally beautiful... but very, very dangerous. Which city should you not visit without a tour guide? Find out that and which beautiful country is sadly becoming rubble, below...

The high crime rates in Colombia are caused mostly by gang wars. But there are also protests and demonstrations that can put tourists in danger. Assaults, armed robberies and homicides are pretty common, too. So is kidnapping for ransom. To avoid putting yourself at risk, dress like one of the locals and never carry your valuables with you. It really helps to know a few phrases in Spanish, too, like in most countries.

The political issues and high unemployment rates have triggered muggings and robberies at airports and open markets. Some of the crimes include car theft and highway robberies that often turn violent. So, tourists who travel here shouldn’t stand still in one place for too long or leave their car alone.

According to OSAC, (the Office of Student Access and Completion) gang activity, muggings and violent crimes are at an all-time high in El Salvador. And tourists looking to climb or hike in the country’s national parks should be warned that there have been several armed robberies reported in these areas.

Afghanistan is a war-torn country. The ground is littered with land mines, and bombings are a recurring theme here. There are also various parts of the country where extremist factions like Al-Qaeda and the Islamic Jihad Union are in complete control.

In 2019, the State Department ordered United States personnel and their families to leave Haiti because of the violent demonstrations in Port-au-Prince. Travelers who insist on going should avoid resisting during a robbery attempt and always double check to avoid being followed.

Turkey’s tourism has taken a major hit because of the increased level of potential terrorist threats and bombings. Some of the attackers have even targeted tourists. So, travelers who visit Turkey should avoid the southeast, which nears the Syrian border. There have been lots of kidnappings there.

Most travelers choose Kenya because it’s an adventurous place to visit. But in the capital city of Nairobi, the risk of terrorist attacks is high. Mugging, home invasion, armed carjacking and kidnapping can also happen when tourists least expects it.

United States nationals aren’t legally allowed to travel to North Korea without a special validation granted in limited circumstances by the Department of State. The reason for this is that Americans have been known to get arrested and detained for a long period of time.

Mumbai, India has many epic sites to see. This cosmopolitan metropolis is truly unique. But tourists need to be cautious. Mumbai is also a developing city, so foreigners run the risk of being pick-pocketed and scammed. Violent crimes mainly occur in poor areas. But solo female travelers should be wary at all times, especially at night since assault crimes are really high. Plus, like with every other big city, cab drivers are known for trying to scam tourists with ridiculously high rates.

Although Ireland has a relatively low homicide rate, it has a high level of terrorist-related incidents by Irish paramilitary groups, according to the Global Terrorism Database. Fortunately, most of these incidents have produced very few reported casualties.

Rio de Janeiro, Brazil has a lot of beautiful places to see. Just be careful about the way you go exploring. Tourists are vulnerable to kidnapping, murder or robbery when they go off to explore the popular slums (also known as favelas) without a guide. Even though many tourists get off unscathed, the country's murder rate is four times higher than in the United States.

Cairo, Egypt was rated the most dangerous city for women, according to Thomson Reuters Foundation in 2017. Gender-based violence has gotten worse through the years and there are mob assaults, too. So, it’s always best to go with a tour guide or someone who knows the language.

The people of the Democratic Republic of Congo are under constant duress at the hands of the corrupt military and police officers who threaten them. There are also illegal armed militia cells that target locals and tourists and enact brutal acts of violence. Plus, areas like the North Kivu and Ituri provinces pose a risk of contracting Ebola.

If you’re a United States citizen or a foreigner in general, you might want to rethink a trip to Iran. The country’s authorities are arresting and imprisoning journalists, scholars, business travelers and students. Then they charge them with espionage and being a threat. Access to these detained citizens are generally not allowed.

Crime gangs are reportedly present in Guinea where there’s virtually no police authority in the region. The country is almost always fighting. But if that wasn’t bad enough, there are also alarming cases of people infected with AIDS.

Local and foreign terrorist groups in Pakistan are responsible for kidnapping tourists and holding them for ransom. There’s also a lot of conflict over religion. But the unstable concept of order and out of control militancy makes this a tourist nightmare.

According to Gobbels, the risk of kidnappings has increased in the Philippines. There’s also the risk of running into the ASG, an ISIS affiliated group that kidnaps in exchange for ransom. They operate heavily in the islands of Mindanao, Zamboanga and Sulu Archipelago.

The Department of State claims Nigeria has assaults, kidnapping, carjacking, piracy and worse. Terrorists repeatedly plot potential attacks in Nigeria and tourists could wind up right smack in the middle of trouble. To make things worse, it’s also deemed one of the most dangerous places to drive a car.

Westerners should think twice before visiting Libya. Extremist activities are common and warring factions can go head to head in the blink of an eye. In fact, airports used by travelers have often found themselves caught in the middle of the conflict between two groups.

The United States State Department has given Guatemala a Level 3 travel advisory because of the risk or armed robbery, carjacking, and the high levels of poverty and political tension. Violence crimes and assaults are not out of the question. So, it’s best to avoid driving at night, or walking and wearing jewelry and watches as these are a sign of wealth.

People looking to visit northern and central Mali, particularly the capital city of Bamako during a seasonal event should be on the lookout. There are terrorists targeting tourists in hotels, houses of worship, and even restaurants and nightclubs.

Venezuela’s spiraling economy and political instability is bad enough. But add the food, water, medicine, and electrical shortage throughout the country, and you’ve got all the reasons why violence and looting is so common here. At one point, the president of Venezuela planned on getting rid of hunger by giving the residents rabbits they could breed and eat.

If you’re in Russia, try to avoid demonstrations and protests while looking at the beautiful castles in Saint Petersburg. You should also avoid police officers as they tend to target American citizens for extortion and mistreatment, although of course, you should always abide by the rules and be respectful if they try to engage with you.

Mexico is a beautiful city, but travelers have reportedly been taken by cab drivers to a remote place where they are robbed and then left stranded. The Mexican states of Guerrero, Sinaloa, Tamaulipas, and Michoacán are known for a number of robberies, carjacking, kidnappings, and homicide.

Terrorist groups carry out violent attacks in Yemen. Some of the areas they target include trains, buses, malls and other public areas tourists and locals tend to frequent. So, in effect, it’s very difficult to find a place that’s free from violence here.