The 26 Hardest Dogs to Train 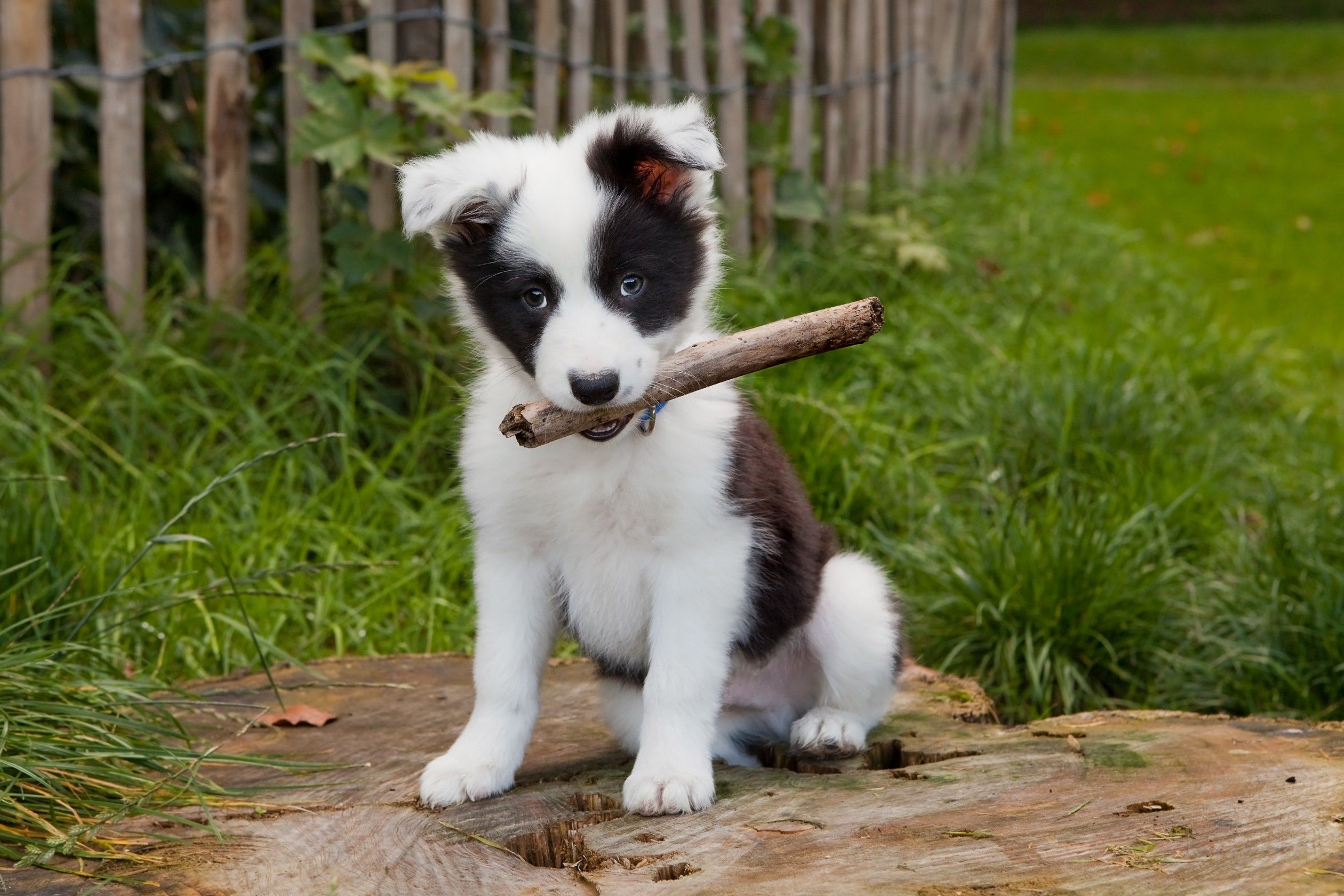 Different dog breeds have their own attitudes and behaviors. And when it comes to training your dog, certain breeds will make it a lot tougher on you than others. Here are some of the dog breeds recommended for only the most experience dog owners...

Starting us off— Afghan Hounds. They're known for their long, silky coats. Their personalities most resemble that of a cat's and that's probably why they're so tricky to train. Their independence and aloof nature make certain training techniques futile. If you're that rare owner and find your fur-match in an Afghan Hound, then power to you. They make wonderful companions.

Yes, their smushy faces are the cutest. No, they are not the easiest dogs to train. Shar-Pei's can be very territorial and their awkward nature doesn't make things any easier. Training and socializing them in their early stages is most beneficial for them and you. They've been known to attack other dogs, people you don't know, and people you do know. Shar-Pei's need a lot of attention from their owners.

Chow Chow's seem perfect for cuddles because of their bear-like appearance. Known as a "one-man dog", Chow Chow's aren't the best around anyone who isn't their owner. Socializing this dog at a young age is the best way to avoid aggression in this respect. A Chow Chow's aggressive and stubborn nature can make training them difficult.

Mastiffs are massive. The "gentle giant" comes from a line of other traditionally tricky-to-train dog-breeds like Terriers, Pit Bulls, and Bulldogs. Although they're gentle, they can be quite stubborn. They aren't the best around other dogs, so taking the time to socialize them from a young age is encouraged.

These beautiful lap dogs consider themselves in-control until told otherwise. Training a Pekingese with praise rather than commands is advised to avoid adding to their sense of entitlement. Stubborn, yet loyal, respect training with a Pekingese is vital to living happily with your pup.

The most difficult dog to housebreak— a Chihuahua. Nobody ever told them they were lap dogs, so they tend to be fierce and protective. Barking is also a common issue. Training them is necessary because of their small size, small bladder, and their gravitation towards aggression. Socialization is crucial as well or else the likelihood of them attacking is high.

The Fox Terrier is a dog-breed that's found in the dog show arena. Meaning, they can be trained. It just takes a little extra work because of their flip-flop personality. They're either extremely high-energy or extremely low-energy. There is no in-between. Find a way to train them early so you aren't stuck with their shenanigans during their high-energy moods.

If you don't have a lofty amount of patience, Basset Hounds might not be the dog-breed for you. There's always a scent they're trying to find, so to say they get distracted easily is an understatement. They've also been known to be particularly difficult to housebreak. Maybe not to dog for the novice dog owner, but they're more susceptible to listen to your commands if you have something tasty in your hand.

Rottweilers can appear pretty intimidating, but they're often the most loyal dog-breed when it comes to their owners. The pup-owner is incredibly important for this breed. Rottweilers are protective in nature and, if they aren't trained properly, can become too protective of their owners and aggressively act out. Those are the biting stories you're probably fond of when it comes to Rotties.

Commonly known as a fighting dog, Pit Bulls tend to be incredibly sweet and energetic dogs. They do require extra attention when you're training them, though, due to their aggressive history. With an owner who wants to put in the time it takes to train and socialize them, these dogs have the potential to be real sweethearts.

Sweet and headstrong, the Cirneco resembles a Pharaoh Hound. They are among the "independent hounds" in that they tend to do what they want because they want to. Training them from the earliest stages is the best way to keep up with them. When trained properly and given a loving home, they make wonderful companions.

Another commonly known fighting-dog, Bull Terriers aren't the aggressive monsters people make them out to be. They will test you, sure, to see what they can get away with. A firm hand is the best way to go about training them to avoid sending them those mixed messages.

Great thing about a pack-dog is their love of family. Because of this, they get along with other dogs extremely well. Huskies are also considered working-dogs which means they need a job in order to be happy. Without constant activity, they get bored and cause trouble. They need a dedicated owner with time on their hands to train them, especially during the puppy stage.

The beautiful, spotted dogs made popular by "101 Dalmatians" are an intelligent bunch. They require a great amount of both mental and physical stimuli to keep that docile façade they put on. Their ideal owner will enjoy physical activity themselves and take the time to properly leash-train them. You don't want to see what your house looks like when you leave an untrained Dal home alone.

With the energy of 5 dogs, a Boxer is not a dog for the faint-hearted. They require an outrageous amount of attention and exercise. Training them can be exhausting, but extremely necessary. These goofballs have a tendency to get themselves into trouble when they aren't given any boundaries. Consistency is key with a Boxer.

When you have a dog as large and as stubborn as a Bloodhound, early and consistent training sessions are important. As scent-dogs, they're pretty simple-minded pups. That doesn't mean they're dumb. They'd just rather find where that pesky scent is coming from than lay down when you tell them to. With the proper training and perseverance, a Bloodhound can make an affectionate family pet.

A Weimaraner is not the best dog for everyone. Aside from its large size and high energy, they cling to their owners. Separation anxiety is common for these "gray ghosts." They need an owner who doesn't mind spending the next 2-4 years training and socializing them because they take a while to grow out of that "puppy stage."

German Shepherds are extremely loyal to their owners… when they're treated right. They're an intelligent breed that can sense when things aren't right and have been known to attack their owners on such an occasion. Because of their large size and appetite for activity, German Shepherds require an owner committed to having a best-friend, not a pet.

Boston Terriers are energetic, little beans. Firm and consistent training is effective with them. They need boundaries set early or else house-training can get tricky. Don't be shy to give them a treat for a good training sessions or just because they're so cute. They also love it when you tell them how good of a job they're doing.

An ideal family dog, the Irish Setter is both calm and outgoing. They love being active and they get along great with everyone, animals included. The biggest thing when it comes to training an Irish Setter is to keep training sessions consistent, yet fresh. Keeping sessions new and fun is important to keep them from getting bored. They respond best to a reward-based system as opposed to harsh corrections.

These pups are great companions who love everyone they meet. Their loyalty doesn't necessarily make them the easiest to train or listen to commands. French Bulldogs are known for obnoxious behaviors like barking and digging. If you stick to a consistent training schedule and provide plenty of positive feedback, they'll learn in no time.

Pugs are happy just about anywhere. They might not always let you know when they need to go outside because of how happy they are inside, though. Pug pups are referred to as little "devils" because of how mischievous they can be. A set routine, lots of praise, and consistency is important when training such a soft pup.

We all know and love Snoopy— the Beagle. Their happy and goofy nature make Beagles wonderful companions. Training them can be exhausting, though. First, these guys make potty-training a nightmare. And because they're high energy, they often result to destruction when they get bored. A bit of positive reinforcement training and a lot of time and voila— America's number one hound.

Training a bulldog is a challenge. They eat, sleep, eat some more, and tend not to be the best listeners. Of course, with the right owner and a great deal of patience, Bulldogs are capable of following commands. Brief training sessions are preferred because of the health issues these guys often have. Make sure you bring tasty motivation with you for your sessions!

This dog-breed can get a little on the stand-offish side if they aren't socialized enough. Digging and barking are also common problems with these pups and a good place to start when you start the training process. Typically bred as working dogs, they have the ability to listen to commands; it all comes down to if they want to listen. They sure are cute, though.

Think of Border Collie's as the kid in class with ADHD. They are high-energy pups and get antsy when there's nothing for them to do. Consistent training sessions and a high stamina are required for Collies. They do want to learn, though. Very eager to please and to be active, the main issue you'll come across is not being able to end the training session.