Dog Has Been Living At The Animal Shelter For The Last Three Years, Then This Happens

Harvey Shepherd
Dog Has Been Living At The Animal Shelter For The Last Three Years, Then This Happens July 10, 2019Leave a comment 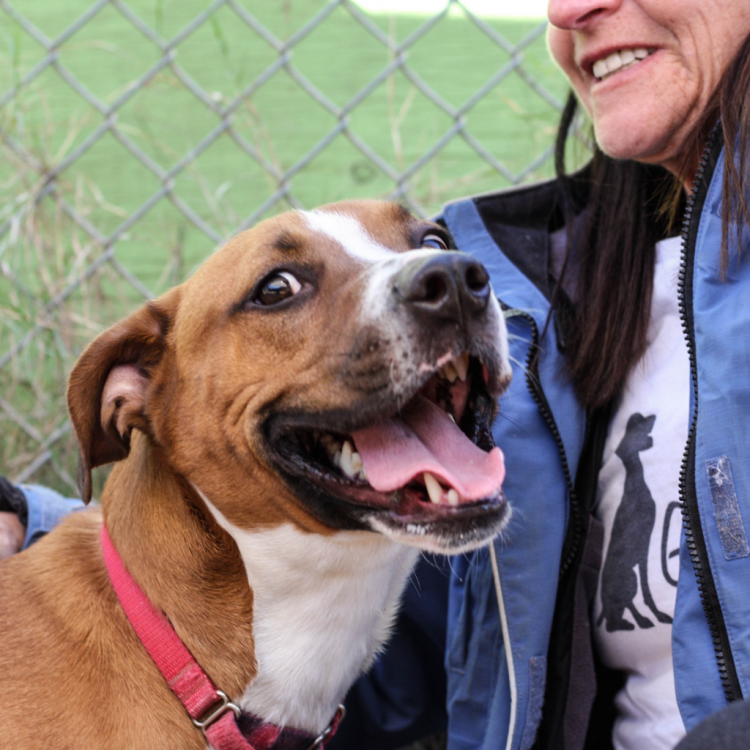 Today we are going to show you the story of Chubbs, a hound mix who has been living at the shelter for the last three years. Even though no one wants to adopt him, Chubbs is not letting his spirits down and he is as joyful as ever. The only thing he desires is to have a place to call home and he is doing his best to get people's attention.

This joyful little fella is Chubbs. He is a super happy dog who loves nothing more than to play around with people. Unfortunately, no one wants to adopt him.

Chubbs has spent his last three years living at the animal shelter and the saddest thing about this is that he has seen hundreds of other dogs get adopted. He must be wondering why no one wants him.

The only thing that our happy doggy needs is a place that he can call home and someone to love and care for him. Is this too much to ask for?

Even though most dogs or even people would be depressed if no one wanted them, Chubbs still keeps a big smile on his face. He wants to show everyone that he is joyful and that he can have fun.

Although, there are some times when Chubbs gets sad. The one thing that makes him sad is when people come to adopt a pet and they go right past him. Isn't that heartbreaking?

Despite going through difficult times, Chubbs will play and have fun with anyone that is willing to throw the ball. This is why it's so difficult to understand why no one wants him.

Right now, Chubbs is living at the Austin Pets Alive animal shelter in Texas. However, we have that people are going to read his story and that someone will decide to adopt the happy dog.

13. The APA Co-Manager Speaks Out

"He’s a smart dog,” said Carrie Defeo, APA’s dog behavior program co-manage. “He likes to work his brain. He likes food. He likes to strut and show his skills off.”

Another amazing thing about Chubbs is that he is a really smart dog. He learned many basic skills such as how to walk while wearing a leash or to sit when someone tells him to. Isn't he amazing?

The most popular thing that people who want to adopt pets are looking for is for the pet to have a playful nature. Chubbs is definitely one of the most playful dogs that we have ever seen and this is why we can't understand why no one wants to adopt him.

The caretakers who work at Austin Pets Alive shelter are saying that Chubbs is a veteran. He is the longest resident of the shelter and they are praying that someone will adopt him as soon as possible.

The caretakers aren't just praying for Chubbs, they also did a photoshoot that was posted on social media. Let's hope that these pictures get the attention of someone who wants to adopt a dog.

With an adorable face like that, we think it's safe to say that Chubbs will get many likes of Facebook and Instagram. After all, who wouldn't want to pet him?

Even though this story is heartbreaking, Chubbs is not letting this ruin his day. The happy dog is still playing around all day long and we think that the reason why he is doing this is to show adopters that he is a good pet.

If there is something that we can be sure about, then it has to be the fact that Chubbs is one of the cutest dogs that we have ever seen. Don't you agree?

Now that we have presented the struggles that Chubbs is going through, we want to let everyone know that if they are interested in adopting him, they can visit Austin Pets Alive and get him right now!

Chubbs is not only going to be happy if someone adopts him, he is also going to be super grateful.

So, if you are looking for a partner that you can have fun with all day long, then we recommend for you to give Chubbs a visit.

The story of Chubbs shouldn't be heartbreaking and instead, it should be an inspiration to us all. The dog still manages to keep a smile on his face despite all his bad luck.

This has been the story of Chubbs, a very brave dog who needs only one thing in life and that is for someone to love and care for him. Nonetheless, why do you think no one adopted Chubbs yet? Let us know in the comments section.