Sophie Dunne
Facts About Princess Diana That May Change Your Opinion of The Famous Princess May 29, 2020Leave a comment 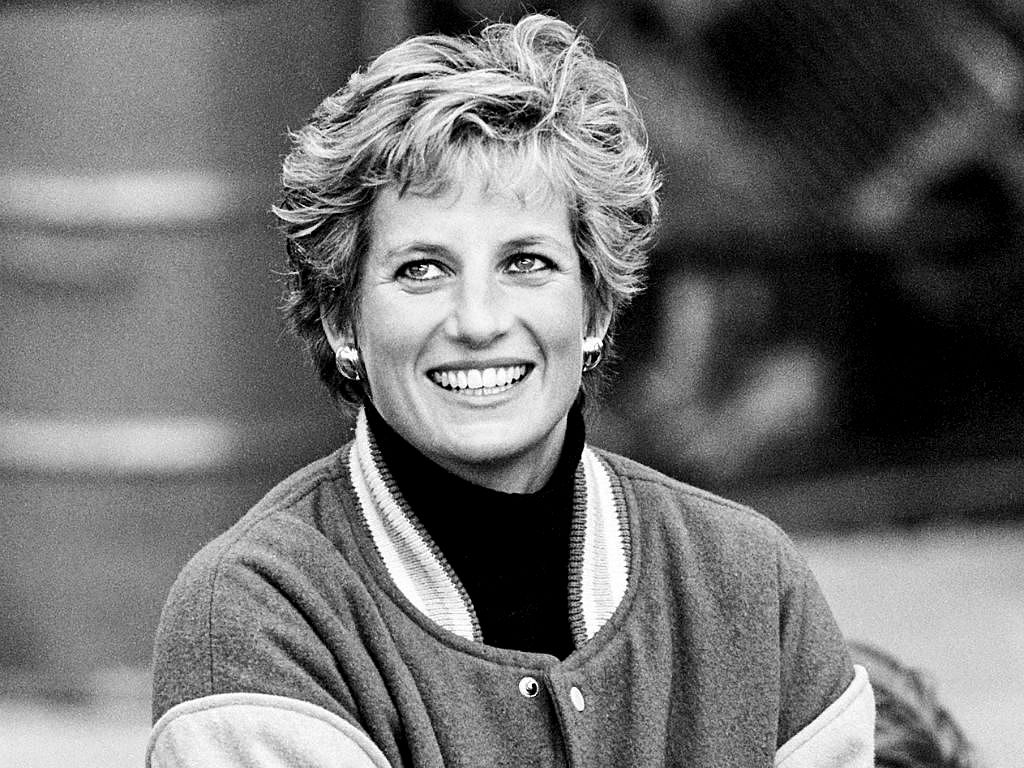 Princess Diana left her mark on the world for many different reasons and is remembered today as the People's Princess. She is revered for her humanitarian and charitable work, her resilience within the British monarchy as well as her trend-setting fashion sense.

Diana Spencer saw herself as a strong female figure in history despite the setbacks she had, saying, "Every strong woman in history has had to walk down a similar path." But, behind the most photographed person in the world was a real woman that many of us don't know much about.

She Wanted to Be a Professional Ballet Dancer, But Was Too Tall

Before she became Princess of Wales, Diana was a ballet dancer and she wanted to study professional ballet dancing. However, she grew too tall for the role and never pursued her dream. In an interview, her dance teacher Anne Allan remembered how "she loved the freeness of being able to move and dance... I could see it helped to alleviate her emotional life."

She Became Lady Diana After Her Father Earned His Title

In 1975, Diana's father earned the title Earl Spencer which subsequently gave her the title Lady Diana Spencer. Although she was a commoner in the eyes of the monarchy, her family were aristocrats. In fact, her grandmother was lady-in-waitng to the Queen Mother.

She Dropped Out of School

Homeschooled until the age of nine, Diana eventually went to boarding school but failed her final exams twice. At the age of 16 she dropped out of school, but it wouldn't be long before she was dating the next heir to the British throne.

She Worked as a Nanny Before She Was a Princess

Before she became the most famous woman in the world, Diana Spencer worked as a part-time teacher in a pre-school and a nanny. She was paid £5 an hour to play with children, clean and do laundry.

Diana's Sister Dated Prince Charles Before She Did

In the late 1970s, Diana's sister, Lady Sarah Spencer briefly dated Prince Charles. This is actually how the future married couple would meet. Diana's sister would later joke about how she played Cupid and was the matchmaker that brought the couple together.

Interestingly enough, Lady Diana was the first British citizen to marry a future heir to the throne in over 300 years. Although Queen Elizabeth II's mother was British, her father King George VI was not the first in line to the throne. He only became king because his older brother, King Edward VIII abdicated the throne in 1936 to marry American socialite Wallis Simpson.

She Was the First Royal Bride to Have Had a Job

Diana broke traditional patriarchal boundaries when she scrapped a long-standing marriage vow. She didn't vow to obey her husband but instead promised to "love, comfort and honor him in sickness and in health." She set a new tradition amongst women in the royal family as Kate Middleton and Meghan Markle both left "obey" out of their wedding vows.

Traditionally, future heirs to the throne were always born at home. However, Princess Diana gave birth to both Prince William and Prince Harry in a hospital in London.

She Was Known for Writing Thank You Cards

Princess Diana was well-known for her dedication to sending thank you cards. With the help of extra staff, it is reported that she replied to as many as 47,000 cards and gifts from well wishers after her marriage to Prince Charles. Many of her hand-written cards have been auctioned for prices as high as $20,000.

She Made History With Her Activism For HIV Awareness

In 1987, Princess Diana was photographed shaking hands with a patient suffering from HIV without wearing gloves. The image was circulated around the world and changed people's perception of the disease.

In 1991, Kurt Russell met the Princess at the premiere for the movie "Backdraft." The pair chatted about Diana's trouble with the media's attention, to which Russell offered his private Colorado Ranch as a retreat for the Princess and her two sons.

She Came Up With the Term "Cleavage Bag"

With the media's crazed obsession, Diana was careful with what photos the paparazzi were able to snap of her. In an attempt to prevent her cleavage from getting photographed, the Princess used her clutch bag to cover up. She used to joke with her designer about the necessity for "cleavage bags" when wearing low cut dresses.

She Recorded a Tell-All Interview After Her Divorce

In 1995, Diana sat with veteran journalist Martin Bashir to talk about her separation from Prince Charles and his affair with his now-wife Camilla Parker Bowels. The interview was kept secret from the royal family but after it aired, the Queen urged Prince Charles and Diana to get a divorce. 22.8 million viewers tuned in to watch Diana disclose what it was really like to be Princess of Wales.

In 1991, after her messy and very public separation from Prince Charles, Diana began recording tapes of herself telling her side of the story and got a friend to deliver the recordings to a journalist in order to publicize them. On these tapes the Princess opens up about her unhappiness, the treatment she received from her in-laws and her attempted suicide.

She Had an Affair With Her Bodyguard

Princess Diana had "an unusually close relationship" with her bodyguard Barry Mannakee in the mid-1980s. Their relationship ended when Mannakee was removed from his royal duties under suspicion of having an affair with the Princess. Mannakee died in a motorcycle accident in 1987, however, there has always been a conspiracy as to whether or not his death was an accident.

“He was the greatest love I’ve ever had,” she said, referring to Mannakee, who had served as a Royal Protection Officer from April 1985 to March 1986. “I was quite happy to give it all up...  just to go off and live with him. And he kept saying he thought it was a good idea too."

She Was Forced by Prince Charles to Give Up Her Title

Following her divorce from Prince Charles in 1996, Diana was forced to give up her distinguished HRH title. However, it wasn't her mother-in-law, Queen Elizabeth II, that demanded this but instead her ex-husband. According to the terms of their divorce, "she is to give up the right to be called 'Her Royal Highness,'" which the Prince insisted on.

She Suffered From an Eating Disorder

In 1992, Diana's biographer Andrew Morton released his book "Diana: Her True Story" where he described the Princess' struggle with bulimia. When her secret became public, it opened the conversation about eating disorders in public which led to a greater understanding and awareness of the disease. Many people began to come forward and seek help for their eating disorders after Morton's book was released.

She Had a Close Relationship With Elton John

Elton John met Princess Diana in 1981 when he performed at Prince Andrew's 21st birthday. The pair remained friends for years but fell out in 1996 after John published "Rock and Royalty" with Gianni Versace; a book that featured images of the royals including the Princess and her sons along with pictures of nude male models. The pair eventually reconciled six weeks before Diana's tragic death.

She Auctioned Her Dresses for Charity

Just two months before she died, Princess Diana held an auction where she sold 79 of her most iconic dresses for AIDs research charities. One of the dresses sold was the high-profiled black velvet gown she wore while dancing with John Travolta at the White House in 1985. The dress was auctioned for a staggering $131,000.

She Bravely Walked Through a Minefield in Her Campaign Against Landmines

Months before her untimely death in 1997, Princess Diana shocked the world when she walked along a minefield in Angola in her campaign to clear landmines beneath the ground. During her trip, she met with children who had been victims of landmines and brought a caring and personal touch to royal charitable duties.

According to Britain's top forensic pathologist, Dr. Richard Shepherd, Diana's death could have been prevented had she worn her seatbelt. "Had she been restrained, she would probably have appeared in public two days later with a black eye, perhaps a bit breathless from the fractured ribs and with a broken arm in a sling," Dr. Shepherd wrote in 2019.

Paparazzi Surrounded Her Car Before It Crashed

In the summer of 1997, Princess Diana and Dodi Fayed's romance was under extreme scrutiny and pictures of the couple were attracting bids of up to £500,000. In the early hours of the morning on August 31st, 1997, paparazzi chased the car the pair were traveling in when their driver lost control and crashed. The seven photographers were arrested but were later cleared of manslaughter charges.

On September 6th, 1997, 2,000 people attended the Princess' funeral inside Westminster Abbey in London. While mourners filled the spacious church, 3 million people gathered outside Westminster and along the streets of London while another 2.5 billion people watched on television. Her death was aired across 200 countries and in 44 languages.

She Regarded Herself As a Strong Woman in History

In her tell-all interview in 1995, Diana spoke openly about difficulties in her marriage, her mental health, her eating disorder and self-harm. The Princess revealed how she felt she couldn't cope with the pressures of being in the royal family and how her behavior went against traditional royal etiquette. She asserted how "Every strong woman in history has had to walk down a similar path."