khadijaleon
Family Spots Their ‘Dead’ Father Who Vanished More Than a Decade Ago In An Unexpected Place February 7, 2020Leave a comment 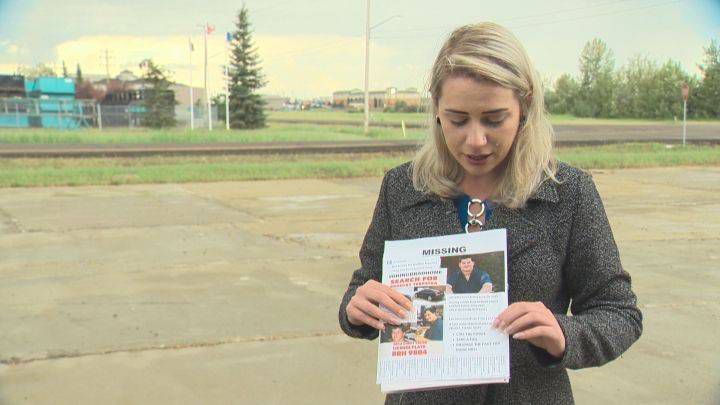 As strange as it sounds, death is a natural part of life, and at some point, someone close to you is going to pass away. You’re left to process the loss and try to move on as best you can while trying to reestablish some sense of normalcy. But what happens when you think you see the person you lost? Are you losing your mind, or has the person really come back from the dead? How would you cope?

One family from Australia knows exactly how that feels. One day, more than a decade after the loss of their patriarch, and after moving hundreds of miles away, they see a strange figure staring at them. Little did they know that the event would change their lives forever. Their quest for answers brings back old emotions they thought they dealt with, and it uncovers a plot so secret that only one person knew about it.

A Nice Home in The Suburbs

Australian native Russell Jenkins seemed to have it all. He had a beautiful wife named Sandie and a lovely home in the suburbs of Werribee, a few miles away from bustling Melbourne. But that wasn’t all that they had going for them.

Russell and Sandy were the proud parents of two sons, Ethan and Charlie, who were only two years apart. The four Jenkins formed the stereotypical nuclear family, but unbeknownst to them, something was about to change their lives forever.

One evening, Russel and Sandy got into an argument, and like many other couples, it didn’t seem like a big deal. Everyone argues, right? Well, that very argument was the catalyst for the events which soon followed.

With tensions at an all-time high, Sandie thought it would be best to take the boys to a different part of the house to help alleviate the tension. Russell, on the other hand, decided to distract himself by watching sports on television.

Sandie, Ethan, and Charlie watched a movie, and for a while, it seemed like things were getting back to normal. But at around 9:15 pm, she heard a loud noise coming from outside. The source of the sound was one that she knew fairly well – her husband.

The sound was Russell’s Toyota Yaris pulling away from their driveway. It was apparent that he was still upset; he hadn’t told anyone that he was leaving. Sandi thought that he needed some time to himself. Surely he’d be back before morning.

The morning came, and there was still no sign of Russell. Sandie was surprised because it was out of character for him to be gone for so long; he’d never done it before. Even with that, Sandi was stunned when the police officers came to her home the following morning.

The officers said that they’d found Russell’s car at the Lara Australian Rules Football Grounds. It was 18 miles away from their home, and there was more bad news; the car wasn’t empty.

All of Russell’s belongings were in the car. Wherever he had gone, or wherever he was taken, he didn’t have his keys or wallet. In fact, Russell didn’t have anything on him apart from the clothing that he left with. Sadie immediately jumped into action.

She began to search for signs of her husband. Even though his wallet was left behind, she kept an eye on his bank card activity. She also went from door to door, asking neighbors if they’d seen or heard anything. She then designed and distributed flyers.

Sandie was doing everything she possibly could to find her missing husband, but despite her efforts, nothing turned up, not even the police had any idea as to what happened to Russell. Years passed, and no progress had been made.

It took a toll on the Jenkins family, and it was extremely difficult to cope with not knowing what happened to Russel. With a heavy heart, Sandi made a difficult decision to bring her family some peace of mind.

The now family of three relocated to New South Wales, approximately 600 miles away from the old home. With this big move, they tried their best to move on with their lives, as best they cloud.

After establishing some normalcy, they decided to take a trip to Queensland’s Sunshine Coast. Little did they know that it would disrupt everything they’ve worked for.

The Stranger from Across the Way

On a seemingly random afternoon, the three members of the Jenkin family pulled into the Caloundra Stockland Mall for a shopping trip. After an hour or two, they headed back to the parking lot, where they saw someone in sunglasses watching them from across the way.

While recounting the story to The Sydney Morning Herald, Sandie said that the lone man “was coming towards us, casual-like.” Although he walked right past them, Sandie got a very strange feeling about him.

She continued to watch him, and much to her surprise, he kept looking back at them, She said, “he ended up watching us just as much as we were watching him.” Without notice, the stranger removed his sunglasses, and that’s when her life changed again.

Sandie looked into the stranger’s eyes and realized that he was her missing husband, Russell. The man who disappeared without a trace almost a decade ago was now within arm’s reach. All of her hard work, and there he was, alive and well.

Not Knowing What To Do

Sandie was so shocked by the encounter that she could not find the words to talk to him. She was too traumatized to do anything but look at him in horror. She and the boys drove off, but little did they know that they would cross paths sooner than anyone expected.

While leaving the area, Sandi and her boys got caught up in the notorious traffic. By chance or by fate, they pulled up next to their missing family member, and Sandi noticed that there was someone next to him - a woman. Before she could get his plate number, the vehicle started to move again.

Once the family was safely home, Ethan had an inkling that the strange man they’d encountered in the parking lot was his missing father. Although most of their family photos had been lost in flood, he did some digging and came to a conclusion.

Figuring Out What To Do

Despite looking slightly older and a little heavier than the photos, the stranger from the parking lot looked very similar to some old photos Ethan recently found of his missing father - his mother was correct. They found him, and they just let him go. So, what could they do?

Sandi, Ethan, and Charlie went to the authorities, once again asking for their help. Unfortunately, they were told that there wasn’t much that they could do. Disappearing wasn’t a crime, and all that they could do was ask Russell to let them know that he was alive and well.

For the second time, the Jenkins family was forced to deal with the mystery of Russell’s disappearance. As of 2019, they’ve yet to reconnect with Russell, who, in turn, has never reached out. They figured he no longer wanted to be a part of their family, and leaving everything behind was his way of doing that. In any case, stories like this one give many people hope.