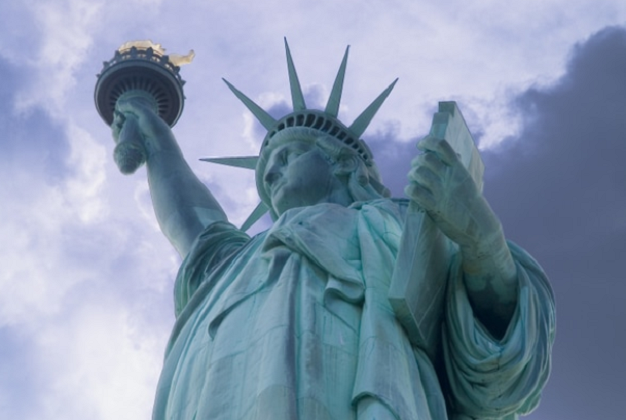 We are going to kick things off with one of the most famous landmarks in the world, the Eiffel Tower. The cool thing about this incredible structure is the fact that the architect who designed it managed to create a hidden apartment at the top of the tower which he often used as an office.

19. The Statue of Liberty

Even though some of you might know about the hidden room inside the Statue of Liberty's crown, there aren't that many who know that there is a second hidden room located inside the torch! No one is allowed to visit that room.

One of the most incredible things about Mount Rushmore is the fact that the architect who created it decided to place a hidden room behind the head of Abraham Lincoln. That room is said to be filled with pictures of important moments from US History.

The Wadolf Astoria is located in New York City and lots of famous people have stayed in this hotel, including former US Presidents such as Barack Obama. The secret about the Waldorf Astoria is that there is an abandoned subway station beneath the hotel.

The Leonardo Da Vinci statue is 60 feet tall and it was discovered back in 2006 that a hidden hatch is located on top of the statue. The hatch leads to a room where there are stored two parchments that detail the origins of Latin history and a list with the attendees who were presented at the opening ceremony of the statue.

Everyone who visits Rome goes to see the Colosseum and the one thing that the tour guides "forget" to mention is that there is a complex system of tunnels below the Colosseum. No one is allowed to visit them!

Did you know that there is a secret club dubbed as "33" in Disney Island? The club is super secretive and expensive. It costs more than $20,000 per year to join the waiting list for the club and no one really knows what goes on in there.

Do you see that small building located in Trafalgar Square, London? While some might think that the building is part of the architecture, this is not the case. That is a place where policemen can hide and watch the tourists.

Even though you might have visited the Grand Central Terminal in New York, we can be sure that you never knew that there is a secret tennis club located on top of the famed station. The club is called "The Vanderbilt Tennis Club" and it was built back in the mid 90s.

The Royal Pavilion is located at Stazione Centrale in Milan and the only way to access it is through secret doors. The cool thing about this hidden location is that it was built back in the early 90s especially for royalty who didn't want to stand in the large crowds of people who arrived at the station.

Did you know that there is a secret viewing platform on top of the Empire State Building's 103rd floor? The interesting thing about this platform is that only celebrities have been allowed to access it.

Just like Disney has Club 99, Pixar Studios has a secret room located behind an air vent that leads to the office of animator Andrew Gordon. The room is visited only by celebrities who receive special treatment. Normal visitors are not allowed inside.

Thousands of people go through Flinders Street Station on a daily basis and what none of them know is that there is a secret and abandoned ballroom located on top of the station.

While the Grand Central Terminal has a secret tennis club, the Supreme Court has a hidden basketball court. Can you imagine how fun it must be to shoot hoops with a judge?

Radio City Music Hall was opened back in 1932 and one of the producers who worked for the company decided to create a secret apartment located in the theater. The apartment is often dubbed as "Roxy's room" and only VIP guests and performers are allowed inside.

Americans love their sports and there is no doubt about that. This is why it shouldn't come as a surprise that New York City's Frick Collection has a hidden bowling alley and multiple billiard rooms.

Even though the Vasari Corridor can be seen from the outside, accessing it is quite difficult. The reason behind this is that accessing the corridor built by Cosmi de'Medici can be done only through a secret door.

Even though the Old Times Square building is famous throughout the world and it appeared in nearly every movie that shows New York City, there is only one apartment inside the building and it's quite well hidden. The apartment belongs to Jess Strauss and it is located on the 22nd floor.

The New Yorker Hotel is a really popular place in New York City and what's cool about it is that there is a hidden tunnel beneath it. The tunnel is called "Art Deco" and rumor has it that it's filled with secrets.

The Greenbrier Luxury Resort was built back in the 1770s and it is renowned for its beauty. What many people don't know about the resort is that is hides a super secret bunker beneath it that has been built by the US government.