Farmer Thinks Hen Laid Egg, Then He Gets a Closer Look at What She’s Actually Protecting…

Matthew Loffhagen
Farmer Thinks Hen Laid Egg, Then He Gets a Closer Look at What She’s Actually Protecting… December 16, 2019Leave a comment 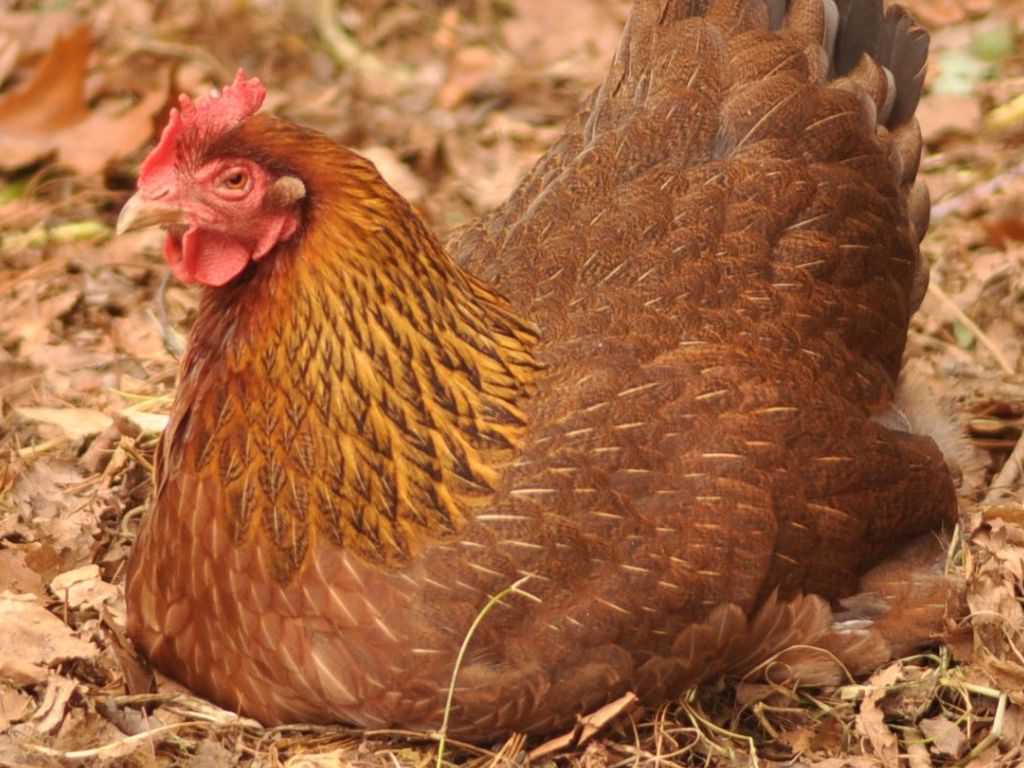 A farmer had an unexpected surprise when he discovered one of his hens sitting on something out of the ordinary. In fact, what it turned out to be was simply bizarre. At first he thought she was just mothering her eggs, but the baffling truth was far less straightforward.

When a farmer in New South Wales, Australia noticed that one of his hens was missing, he didn't think anything of it at first. This particular hen was known for sneaking away from the henhouse.

The bird didn't really enjoy being with other chickens. Instead, she liked to visit the rest of the farm, making friends with other animals or spending time with the farmer himself.

When the farmer finally found the hen, he noticed that she was guarding something. At first he thought she'd laid some eggs, but that was only part of the story.

When the farmer lifted up the hen, he found, as expected, two freshly laid eggs. Next to them, though, the hen had been brooding over some very different animals!

As soon as he let the chicken go, she rushed back to protect her brood. She snuggled up on top of both her eggs, and the other tiny creatures that she was protecting.

The farmer tried his best to get a good look at the hen's adopted children. They were small and were clearly enjoying the warmth their chicken mom was providing.

They were tiny newborn kittens! For some reason, the hen, filled with motherly instinct, had taken it upon herself to keep the farm's resident cat's babies safe while their mommy was off hunting mice.

A Mother's Love is Unconditional

As strange as this may sound, this isn't an unusual occurrence for hens on farms. These animals are so kind and caring that they'll keep any small animal warm if they feel they need it.

More recently, another farmer found a large hen similarly splitting her attention between two species. Underneath her were a clutch of eggs, but that wasn't all.

Sitting on the Job

The hen did not want to be moved. She wanted to give all the warmth and comfort she could to her both her eggs and her adopted babies.

Finally, after some effort, the farmer got a good look at the hen's mammal child. Yet again, this chicken was caring for a kitten.

It seems the hen wasn't particularly concerned about how her kitten would grow up into a bird-bothering cat. She fought hard against the farmer to climb back to the kitten.

Cats have a faster metabolism than humans, and like to be snuggled up warm. This is why they'll often try sitting on a computer in a room that's set at a comfortable temperature for their owner.

Not only did this chicken rush to keep the kitten warm, but she prioritized this over her own eggs. After making sure the cat was safe, she then carefully pulled her own growing children under her wings, one by one.

In a similar care, one chicken roosted atop an entire litter of small kittens. Here's hoping the cats repaid her kindness once they grew up, and didn't try to eat any of her naturally born babies.

A farm in Korea has become so accustomed to hens mothering cats that they've stopped trying to fight it at all. The cats and chickens share their space without any infighting at all.

These kittens love snuggling up with their babysitter, and will even play with her when they get the chance. It's nice to stay warm, but it's also nice to have a friend.

These animals look absolutely adorable with each other. While the farmers are a little baffled by this behavior, they can't exactly see why the cats and hens shouldn't keep each other company.

When Will Mommy Come Home?

Hens can't provide all the mothering that tiny kittens need. These animals still require cat milk, but mommy is still on the scene - she's just happy to trust her feathered babysitter.

The cats absolutely make it look like snuggling underneath a chicken is the warmest, most comfortable place on Earth. As they get bigger, they might want more space to themselves, but for now, they're happy to cuddle together.

Picking on the New Kid

The kittens even play with their eggy neighbors, although in fairness, it's hard to say whether the chicken fetus is actually enjoying this. Apparently mother hen is happy to trust the kittens to play nice.

Eager for an Omelette

Of course, that trust might be misplaced. At least the kittens don't seem to be able to actually bite through eggshell just yet.

The Hen's Not Picky

The hen doesn't just snuggle with baby cats. She's willing to lend her heat to anyone who desires it.

This includes mommy cat herself, when she's around. These two animals would otherwise be enemies, but here on the farm, they're happy to live in harmony.

Hens really are wonderfully kind and caring animals. There's something to think of the next time you're chewing some Buffalo wings.