Sophie Dunne
Forest Ranger Discovers Hidden Secrets Deep Within a Secluded Woodland That Leads Him to a Strange Structure February 7, 2020Leave a comment 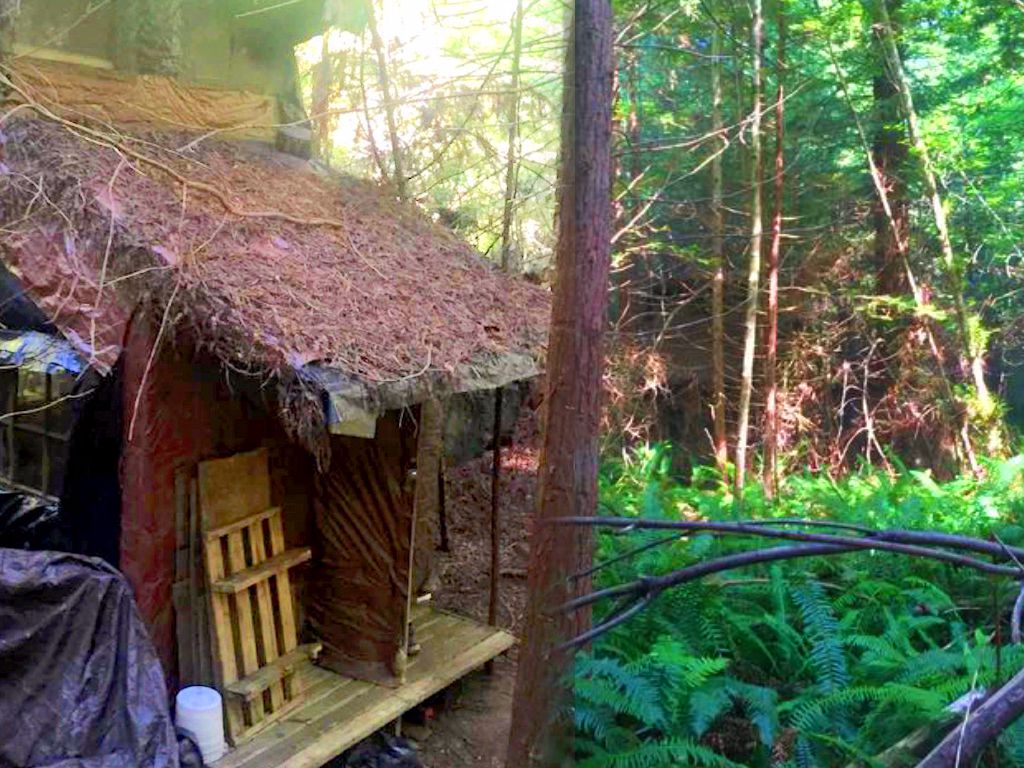 When environmental service director, Mark Andre was exploring the Arcata Community Forest in California, he came across something remarkable that would stop him in his tracks. In preparation for the forest harvesting, Andre spent his career learning every inch of this forest but was shocked to discover something he had never seen in these woods before...

Preparing for the Harvest

While deep in the forest marking trees for harvest, Andre noticed a shadowy object enveloped in the trees. Stunned to discover something foreign in the woods, he moved closer to get a better look.

As he inched his way closer, Andre couldn’t believe he what he was standing in front of. He thought he knew the forest inside and out, but now he wasn’t so sure.

He Was Standing in the Most Remote Section of the Forest

Mark Andre hadn’t explored this section of the forest since 1985 as it was so deep in the wilderness. But on this day, he was staring at something that made the forest a lot more intriguing.

He Had Stumbled Upon a Wooden Cabin

Miles inside the depths of the woods lay a makeshift wooden cabin with a padlock suturing the entrance. Curious and suspicious, Andre wondered what could be inside, but had no idea.

Although he was fascinated to find something so skillfully built in the middle of the woods, he was concerned that it was built on private property which would ultimately make it illegally built.

This Was an Elaborate Building

As a forest ranger, Andre was used to finding debris from makeshift huts made by people seeking shelter in the woods. However, this was no ordinary hut. This was a mini home that was built with great care and attention to detail.

The Cabin Had Lots of Homely Features

The quaint wooden cabin was impressively decorated with a peaked roof and a front porch accompanied by an awning. The inside walls were protected by plywood and tarps along with windows. The entire cabin was approximately 8 x 12 feet and stood at about 15-feet tall.

It Was in a Secluded Location

"I didn’t see it until I was 12 feet from it," Mark Andre explained in an interview. "It’s in the perfect out-of-the-way spot where it wouldn’t be detected." Andre’s comment makes it clear that the only way the builder could have constructed this without anybody knowing was because of its desolate location.

It Appeared to be Someone’s Home

Andre noticed that there were no signs of littering or environmental destructions, which are common when discovering huts or dens in the woods. Whoever lived here respected this land as their home. Andre also noticed zero signs of footpaths or trails surrounding the site, an indication that the owner never wanted it to be found.

A Call for Backup

Andre was very eager to take a look inside but he couldn’t be certain the cabin was empty. He decided to call forest technicians Javier Nogueira and Nick Manfrendonia for assistance along with park ranger Heidi Groszmann.

What Exactly Was Inside?

With the help of his colleagues, Andre and his team cut the padlock of the door and prepared themselves for what or who could possibly be inside.

With her gun drawn, park ranger Heidi Groszmann shouted "Arcata Police!" to prompt a response, but no one replied. The team then began to investigate inside the cabin to figure out who its owner was.

The group quickly noticed just how tidy and well kept the interior of this cute little lodge was. Jars of cooking ingredients neatly lined the kitchen shelves and it was clear that the team was standing in somebody’s hand-crafted home.

They Had Furnished the Entire Cabin

In the living room area, there was a kettle and next to it a wooden chair. The owner even had a pot-bellied stove for cooking and keeping the cabin warm. With all of these amenities, it seemed sure that someone was currently living in this hidden home...

The Group Learned a Lot About the Inhabitant of the Cabin

Continuing their exploration, the group discovered a bookshelf that gave them a clue as to how old the house's owner was. Books like "Catch Me If You Can" and "Medicinal Plants" suggested the resident of the cabin was an older person.

More Clues About the Occupant Surfaced

The person who seemingly lived so comfortably in this house also had a stack of old cassette tapes, but the team was still suspicious as to who exactly owned all of these items, and what their story was.

There Were Inspirational Quotes On the Walls

Along the walls inside the cabin, there were posters with inspirational messages and political opinions, giving the team more of an insight into who lived there. One poster titled "Different Everywhere" featured an image of a nude woman holding a knife that read, "Every community creates its own outlaws."

The team of forest technicians and park rangers even found a hand-written note with a list of "Things To Do and Get." The list included "Build bench," "Extend Brush Wall," "Get tongs," and even the date "4/17/14," with some of the chores not yet ticked off.

They Were Able to Estimate How Long the Owner Lived There

The team were beginning to establish a timeline for how long the cabin had been occupied. They found a copy of Humboldt State University’s "The Lumberjack" newspaper which was dated March 25th, 2015.

While investigating the cabin, the group identified two driver’s licenses and thought they had discovered the creator of this eccentric little house. However, the licenses belonged to two different people and sadly, didn't lead the team to find the owner of the house. And little did they know, the team was quickly running out of time to gather evidence...

The Team Was Left With No Choice

While the team was aware that this home was somebody’s prize procession, they also had to follow the laws which stated that the cabin was built on the private property of a nature refuge and therefore the house was illegally constructed. Andre and his team left an eviction notice for the occupant and walked away from the cabin, giving the owner time to leave the property.

They Returned to a Complete Surprise

Shortly after, on a later date, the authorities returned to the cabin to check in on the occupant and to ensure they were leaving the premises. However, to their surprise, there was no cabin to be found.

Not a Single Trace Left Behind

The owner of the wooden cabin hastily dismantled and packed up all of their belongings before the authorities returned. According to one of the environmental service rangers, "That’s the cleanest camp cleanup I’ve ever seen… There wasn’t a nail, not even a gum wrapper left behind." The only thing that was left was a poignant message for authorities.

The Occupant Had Left a Squatters Symbol

The only thing the inhabitant of the secluded cabin left behind was a charcoal-drawn squatters symbol. The symbol, which originated in 1979, symbolizes the occupants of an abandoned or unoccupied building or area of land. Sadly, the person who left the symbol at the site of the cabin was making a clear message to the authorities that this had been their home.

Although the authorities never figured out who lived there, the clues to who did certainly paint the picture of an impressively artistic person who enjoyed their solitude, a classical novel and being surrounded by nature.