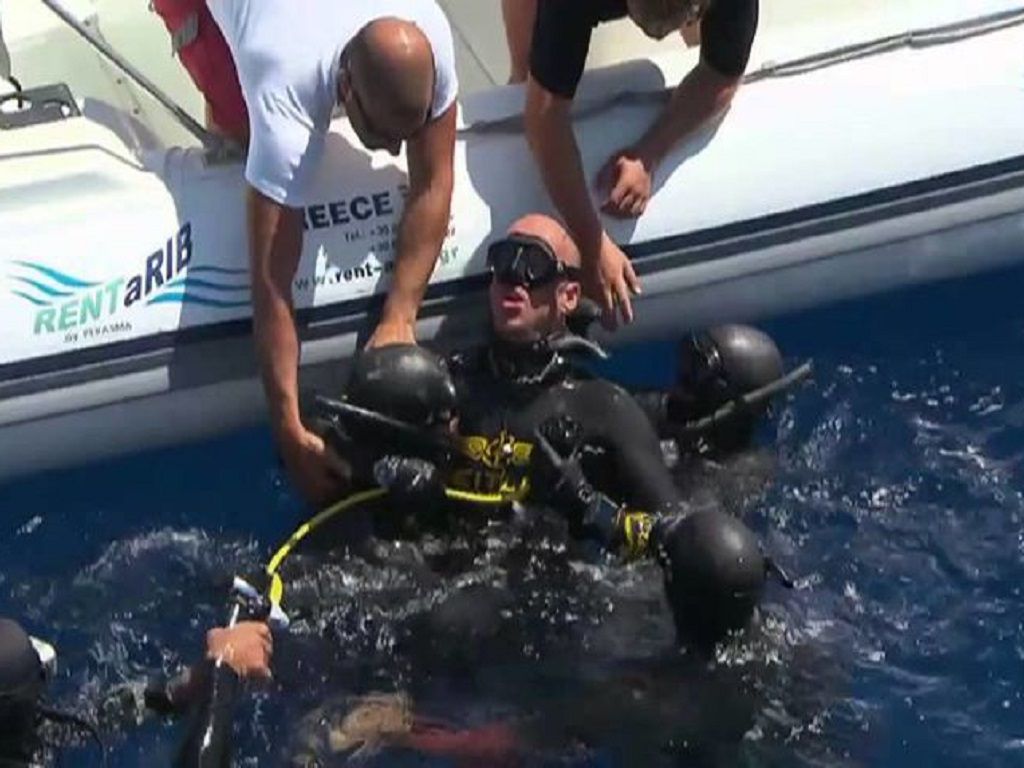 Diving is a hobby many people have, but freediving is something that requires more than love for the sea. It takes a lot of courage to get one deep breath and then venture deep under the sea and get back to the surface with no equipment whatsoever... Just that one single breath of air and a strong mind and body.

Not many people can say that they’ve broken a world record after risking their lives, and famous freediver also dubbed as the “Deepest Man on Earth” is living proof of one who wasn’t afraid to chase his dream:

20. Getting Back Up Is The Only Way to Go

“I almost lost my life while pursuing a new world record.” Let’s see Herbert Nitsch’s adventure in the deep sea and how breaking the world record nearly cost his life…

Dubbed as the “Deepest Man on Earth,” Nitsch is a renowned Austrian freediver who really earned his title!

Freediving takes a lot of guts because it involves a diver taking that one single breath of air before going as deep as possible in the water and then making it back up. There are countless things that could go wrong, and breaking a world record takes a lot of preparation, training, and – let’s face it – madness...

However, this is what adrenaline chaser Nitsch lived for. How did he discover freediving? It all started with a scuba diving excursion which went wrong. He was traveling, and all of his scuba equipment was lost by the airline. What did Nitsch do?

Nitsch was a pilot before discovering his new hobby. You can tell that he loves challenging his body – going either up in the sky, or deep undersea! So, was he going to pass on scuba diving now that he had no equipment? Absolutely not! He just went in without the gear, and he was quite great at it freediving…

It was during that first freediving session that a friend of Nitsch’s father saw the former pilot was great at going into the ocean and holding his breath for a long period of time. The man told Nitsch that he could even break the Austrian freediving record. What did Nitsch think of that idea back then?

Nitsch didn’t even know that there was such a thing as freediving and what it actually meant. But the thrilling sport was alluring, and that’s how this man would eventually take the nickname the “Deepest Man on Earth”!

The young man started training and showed up at his first championship in 2007. There was a “sled” guiding him and a mask that would help him hold his breath, and he plunged into the ocean, 702 feet below the surface. He broke the world record, but he wasn’t done yet! His career just began...

This man can hold his breath for over 9 minutes, setting 33 world records, so you’d think he cannot get in trouble under the sea. But in 2012, when he was going to reach a record depth of 818 feet, Mother Nature stepped in…

“The aim was to reach 800 feet (243.84 meters) with the no-limit freediving discipline, of which I already held the 700 feet world record,” explained Herbert in his social media statement, adding that he has prepared for that event whole years: “safety measures and thorough training led up to this rather high profile event.” The odds were in his favor, but what happened? His body refused to help him this time…

The freediver went 831 feet below the surface of the water, breaking his record by 30 feet. However, the way back up was tough, and at 350 feet, he went unconscious. The sled helped bring his body up to the surface, but he was still in danger!

Nitsch’s nitrogen pressure levels went higher than normal, and he reached narcosis, which was a first in free diving. He had decompression sickness (DCS) – which usually happens hours after a dive, but in his case, it happened 10 minutes after diving. How severe was DCS and would he ever be able to freedive again?

9. He Had To Dive Back Again

“Prior to reaching the surface, I did regain consciousness and had the clarity of mind to ask for oxygen, to descend back to about 10 meters for about 20 minutes thus avoiding some impact of DCS,” explained Nitsch. But then he realized that something was wrong with his brain!

8. It Was Equivalent to Several Brain Strokes

Nitsch’s DCS was “equivalent in my case to several brain strokes with severe initial consequences,” he said. He was immediately taken to a hospital in Greece where he was placed in a decompression chamber.

He had to learn to walk, talk and move around again…

Recovery was not an easy road, said the daredevil, explaining that months of rehabilitation made him go into depression, “wondering if I would ever get back to normal life again,” and having some rather dark thoughts… But then he realized he had to turn his life around.

“I am doing well now. There are still some physical challenges to deal with related to coordination and speech, which are typical consequences of neurological damage,” he said. Then, one year later, he went with his father for a trip in the South Pacific, where he kept lectures. He thought he’d never go back into the water again… He was wrong!

Freediving made him feel much better, and he said that it “felt great to be back in the water,” and that there is so much more to explore in the water. Nitsch chose to step away from the media and focus on healing and tell his story when he was ready, with his own words.

Red Bull made a documentary of the record freedive and the entire event, including the recovery times – even the moments when Nitsch was lecturing in the Pacific.

3. Back from the Abyss

The documentary called “Back from the Abyss” was aired on June 6, 2013, and it received many awards! This man’s dream became true, and he was strong enough to start his life once again and go back to what loved the most!

2. Back Into The Sea

His love for the ocean was still strong after the terrifying experience. It is credible that he had the guts to start freediving once again!

It’s great to follow your dreams, but also stay safe. We’re not looking to break world records or stare death in the face, but it’s sure amazing to see superhumans like Nitsch building up the strength and courage to carry on and continue doing what he loves.