Here Are The Funniest Animal Stories of 2017 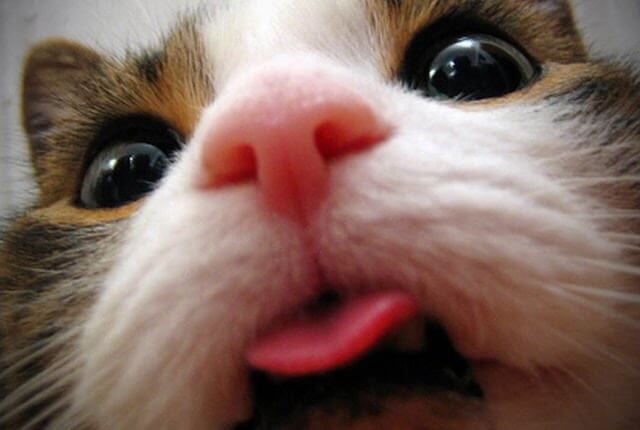 Let’s be real. This year has not been the best by any means. But one part of life is always excellent, regardless of how crappy the world is. And that’s animals. Specifically, animals that make us laugh. Because there is no greater joy than funny animals. And, thankfully, 2017 has had no shortage of hilarious animal stories to keep us laughing through the tears.

Truffle the dog experiences snow for the first time

Global warming may be a very real thing, but for Truffle the dog, there is no such heatwave. There is only snow. And the unimaginable level of energy this particular white powder gives to him.

When you think of cheetahs, the first thing that comes to mind (aside from print you’d see on the Jersey Shore, of course) probably isn’t their inability to roar. But fun fact: cheetahs don’t have the vocal capacity to roar, and the best they can do is meow. Like your best bud, Snuffles

Cat falls out of a ceiling during storm

Having a hole punched through your ceiling by a rain storm sucks, but you know what doesn’t suck? Having a cute AF kitten fall through it and into your life. The best part? Said kitten has been named Asbestos. ASBESTOS.

We’ve definitely given our pets stuff to choose from before: toys, treats, the correct parent. But this one is on a whole other level. Like, what if the kitten is dyslexic? Or how can we be sure the names he had to choose from are truly worthy of his personality? This whole thing is a crapshoot.

Woman uses Tinder to track down her cat

Tinder isn’t known for its lost pet tracking system, but rules are meant to be broken, and damn it if Katie wasn’t going to try whatever it took to get her lost cat back. It worked, of course. The moral of the story? Always swipe right.

Noah is a corgi mix who also happens to be 60 pounds, which is beautiful because have you ever seen a 60 pound corgi? Well, you sure as hell have now. There’s just a ton more of him to love, tbh.

Forget that lame ring bearer dog every hipster couple puts in their wedding these days. Snoop is a professional canine wedding crasher, which is a hell of a lot cooler than having to perform in the actual ceremony. Who needs to keep a gown clean, anyhow?

Man builds mansion for his dogs

Let’s be real. If we had the money to build a dog-sized mansion for our favorite pooches (or neighborhood furry friends), we 1000% would do it. Of course, we’d also have to know how to use power tools, but that’s another story.

This husky is totally over his owner’s stuffed animal bullshit, and he isn’t standing for it any longer. Can you even imagine the nerve? To waste perfectly good pets on a toy? We’d be pissed as hell, too.

Cooper the Corgi is the epitome of grace. Just look at him flop into the water like a goddam pro. If there isn’t an Olympic dog bellyflop competition in existence, then this is all the proof we need that there sure as hell should be.

Piggy and Polly are better at IG than all of us

Piggy and Polly are two frenchies who happen to also be our joint pick for Next Top Model. Not only are they incredibly photogenic, but they also have more IG followers than we could ever hope for. But really, with legs like those, can you blame them?

Rabbit Hash is a town in which humans have no political power. Not really, but it is known for electing mayors of the four-legged variety, as opposed to those annoying people types. And Brynneth Pawltrow is the latest in a series of distinguished leaders. Who’s helping us move?

Pup too friendly for police service elected as government official

Gavel was in the news earlier this year because he was deemed too friendly to make it as a police dog. Fortunately for Gavel (and the rest of the world), the Queensland government has found the perfect position for him: official Vice-Regal dog for the Government House. We couldn’t be happier.

If there were ever any doubt as to a dog’s born ability to babysit, then put them to f—ing rest right here and now. Jeeves isn’t just his tiny human’s best friend; he also knows just what to do to make him laugh. And us too, actually.

New Yorkers aren’t known to be the warmest bunch of folks, but Louboutina is working to change that. Did you miss your train? Let Loubie give you a hug. Someone steal your cab? Loubie will hug you. Is the line at Starbucks too long? Loubie is here for you, fam.

Maguro the chihuahua falls over

Maguro and Tororo are two chihuahuas from Japan who really miss their owner. Or maybe it’s more accurate to say that Tororo misses his owner. Maguro, not so much. Maguro can’t even handle life. Maguro is all of us.

Have you ever had a project/assignment due the next morning, and although you have every intention of focusing on its completion, you just wind up scrolling through Instagram’s Discover tab instead? That’s Mia the beagle, and the Westminster Dog Show’s obstacle course is her 20 page term paper.

Ludwik the naked guinea pig definitely has more confidence in front of the camera than 90% of us, and we are here for it. Ain’t nothing better than a confident guy posing with his favorite foods, right? Now all we need is the 2018 calendar.

When Ian Wood went to Borneo, he expected to capture some of the local wildlife on camera. He did not expect to find an orangutan with a higher penchant for selfies than Kylie Jenner. He did though, and broken camera aside, this ape definitely knows how to work it.

You gotta celebrate the big milestones in life, and Lu-Seal is one chubby chihuahua who knows how to party. After losing half her body weight to get down to her perf size, she and her mom threw a weight loss party to end all weight loss parties. We’re just a little jealous we didn’t score an invite.