The Funniest and Most Heart-Warming Animal Stories of 2018

Matthew Loffhagen
The Funniest and Most Heart-Warming Animal Stories of 2018 December 12, 2018 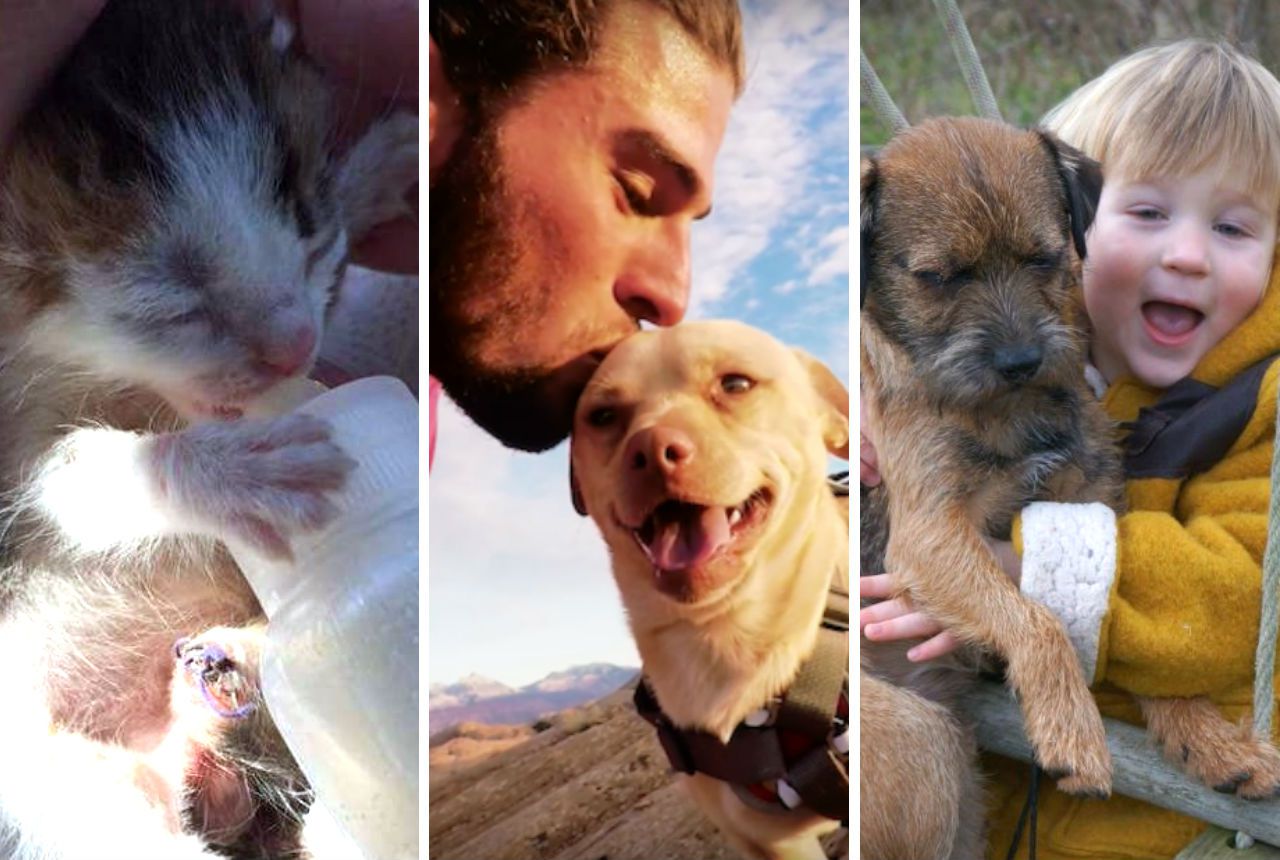 2018 has been rough for a lot of us, but it's also been a wonderful year for heart-warming animal stories. Here are some of our favorites from throughout the year. So be sure to read up on all of these stories to learn more.

When rescue dog Paco finally found a home, he couldn't have imagined what his new owner had in mind for their walkies. Chase Reinford is an extreme sports enthusiast, and together, the pair have taken on an adrenaline-charged base-jumping lifestyle.

Buggy the bug-eyed bulldog was found, abandoned, and near death, by a good samaritan as a puppy. After emergency surgery (which involved making him a new nostril), Buggy is now a healthy, happy dog, who's won a very loyal online following!

Justin Beaver Keeps Making a Dam Inside His House

A rescue beaver named JB (short for Justin Beaver, of course) lives inside a human house - and is constantly stealing doormats, cuddly toys, and even lacrosse sticks to build a dam that isn't needed!

The Donkey Who Thinks He's a Dog

Tiny Tim was so small when he was first born that his owners thought he was a rabbit. They hand-reared him as he grew, and he learned to live indoors, with the dogs. Now, Tiny Tim is basically a dog - he plays fetch, wags his tail, and greets his owners like a little puppy.

Pumpkin the puppy was abandoned at birth, and would have frozen to death if a few heroic humans hadn't stepped up to help her. Now, Pumpkin is beautiful, healthy, and most importantly, settled with a family who love her.

One cold morning, Kerry McKinnon found an unexpected guest on her porch. Her golden retriever was snuggled up witha baby koala, who was taking shelter from the cold. The dog had definitely saved the little koala's life by sharing body warmth.

Dog Plays Dead to Avoid Going Home From a Walk

Sometimes when you don't want the fun to end, you just have to pretend you're dead. This inventive pup came up with the genius strategy of pretending to be dead in order to avoid the end of walkies, much to the amusement of onlookers!

After being separated from her baby soon after childbirth, there was a danger that Clara the orangutan would reject the tiny Clarita. Thankfully, this mommy knew just what to do to care for her baby, and the pair had a beautiful reunion.

Poor Squish was moments away from being put down before he was adopted by a family that just couldn't bear to see him suffer for being different. Now, this lopsided pup has a wonderful home, proving that there's a place for all of us in this world.

Cat Grandpa Naps at an Animal Shelter Every Day

75-year-old Terry Lauerman has earned the nickname "Cat Grandpa" for his practice of taking a nap every day with a bunch of rescue cats. Cat Grandpa has raised thousands of dollars for the rescue shelter, proving that sometimes that best thing you can do to help others is fall asleep!

The Funniest and Most Heart-Warming Animal Stories of 2018

Two poor puppies were found stuck in a tar pit. Humans worked tirelessly to rescue and clean up the messy pups, and they've now become television celebrities in Chile after their story went viral.

Simon Cowell Reunites a Toddler and a Missing Dog

After one family lost its dog, American Idol grump Simon Cowell of all people went out of his way to reunite the pair. Cowell offered a $14,000 reward for the dog, and helped put this family back together!

Only one in 3,000 calico cats are male, which made it very special when one was rescued from inside a dumpster. The vets who cared for this little guy have made a big difference to the world's calico population.

A Bear Gets a Bucket Stuck On Its Head

Whoever thought Winnie the Pooh was based on a true story?! Thankfully this poor honey-loving bear was eventually rescued by kind rangers, without suffering any permanent harm.

Moving to a new home isn't always easy - especially when you have to carry your house around on your back. So when this little hermit crab needed to find a new shell, a bunch of nearby humans on the beach helped it to have its choice of several wonderful new homes, making the whole process a lot easier!

It can be hard if you don't look like everyone else. The tale of Beaux Tox, an abandoned dog, proves that everyone is beautiful in their own way. The dog has now found a wonderful home, with humans who love him.

Wow, the live-action Bambi reboot is going to be interesting! Technically this two-headed fawn was born (and, alas, died) in 2016, but 2018 saw a renewed interest across the internet in this particularly special deer.

Poor Bronson the cat - far too overweight to function as a proper feline. Even if he is adorable. Luckily, his owners have been helping him to lose weight over the course of 2018, and his exploits on Instagram have proven to be one of the big motivational stories of the year!

Dog With a Cleft Palate Finally Finds a Home

Clefford the dog has a cleft palate, which gives him a lopsided appearance. It took a long time for him to find a family that wanted to adopt a strange-looking pup, but now, his family have turned him into an Instagram star, with thousands of followers around the world!

Rescue Kittens Turn Out to be Super Rare

An Israeli teenager found a small family of abandoned kittens by the side of the road. Little did he realize that they were endangered jungle cats, a rare breed in need of special protection!

Bat With a Tiny Hole in Its Wing Successfully Rescued

Just look at that little face! Some say that bats are scary, but it's hard to think of this adorable creature as anything other than wonderful. This bat suffered through a hole in its wing, but is now receiving top-notch care. But the best story is yet to come...

For one wonderful summer, Fiona Presley played mommy to a single, stranded bee. Bee didn't have any wings, and therefore was unable to live a normal buzzy life, so Fiona made her a little home, and the pair were inseparable. Bee has now passed on, having lived a happy, full life, but this was definitely the cutest animal story of the year.