A Guide to Gen Z Slang (Because You’re Old and Uncool Now, Millennials) 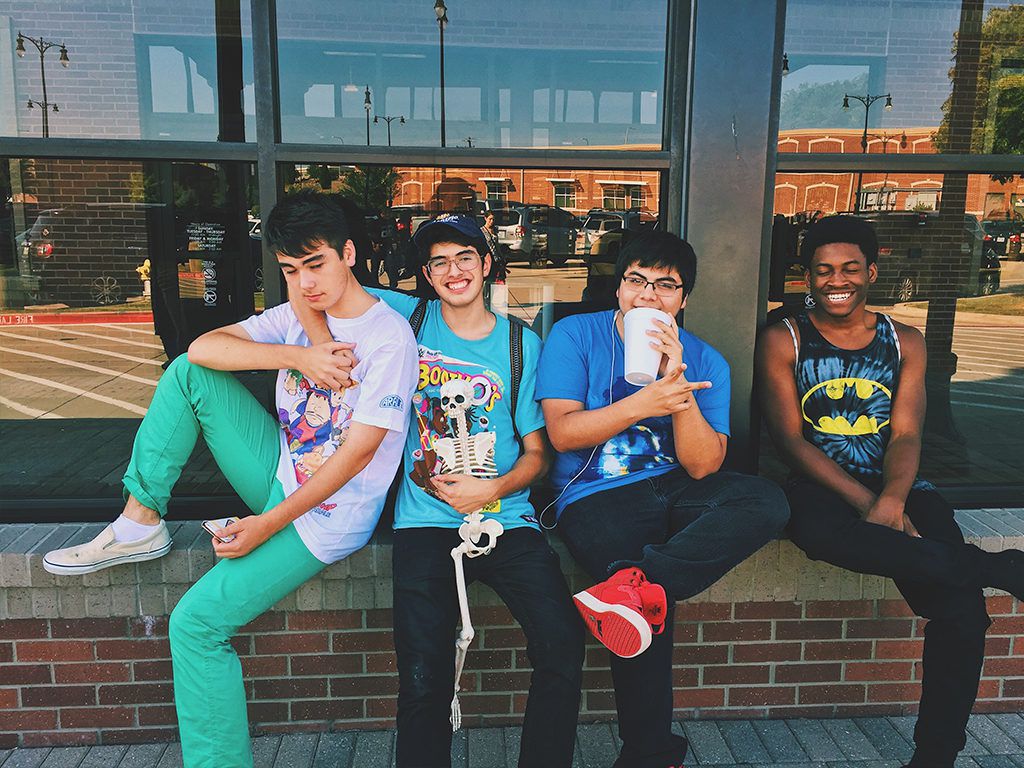 A word of caution: If you were born before the turn of the century, please don't try to use any of the slang on this list. People can be cool at any age. But the way to be cool when you're old is to understand young slang, not try to use young slang. Now read on and learn what the cool kids are talking about...

Roughly speaking, Gen Z encompasses anyone born since the late '90s. And like all young people, Gen Zers have their own slang that mostly baffles older generations. But recently, one of their teachers made an effort to figure out what his students were talking about. Then he came up with a great way to enlighten other uncool old people...

He Kept His Ears Sharp

James Callahan, a sociology teacher at Lowell High School in Massachusetts, asked his students what their slang terms meant. And they messed up by telling him. So Mr. Callahan recorded all the slang as a glossary he maintains in an online spreadsheet. When one of his students tweeted screenshots, it went viral...

The Cat Was Out of the Bag

The spreadsheet, titled “Callahan’s Generation Z Dictionary,” spread like wildfire thanks to a single tweet. Soon, everyone wanted the 411 on today’s latest lingo. Some of the slang words you're about to learn come from Mr. Callahan's dictionary. Others don’t. But all of them will get you woke...

The slang word GOAT has nothing to do with livestock. GOAT is an abbreviation that stands for “greatest of all time." In other words, it means that something or someone is the best of the best.

If you hear a bunch of teenage girls using the term "beat your face," it doesn’t necessarily mean they’re about to start punching each other in the face. To a Gen Z teen, the term refers to applying makeup.

Don’t Do Me Dirty

If you’re thinking of stabbing a Gen Z teen in the back (not literally of course), they might use this slang phrase, which means “don’t cross me.” So heads up. You’ve been warned.

Yeet can have one of two meanings, and you’ll have to feel your way through to figure it out. Some kids use it to express moving fast like “I’m going to yeet to school.” But it can also be used as a different way of saying something like, “Hell yeah!”

Your brain is telling you that “adult” is a noun, and you're not wrong. But to young people, “adult” is a also a verb. Adulting refers to someone acting in a way that’s all grown up, i.e., generally maintaining responsibilities like getting up early, paying the bills or going to work.

If there’s a situation, a circumstance or something you can relate to, then you'd use the word "mood" to describe it. And if something touches you on a deep level, then you could say something like “big mood.”

"Shlitty" sounds like a cuss word but it actually means “a good time.” But if you’re having fun in class, play it safe and avoid shouting, “This class is so shlitty” or you’ll wind up in detention anyway.

When you think of the word "snack," you probably assume it refers to something to eat between meals, like a bag of Doritos or Skittles. But to a Generation Z kid, a "snack" is an attractive person.

If you still use the word cool around your kids, then you’re definitely not "chill," which is how Gen Z kids say "cool." As in, "My mom's so chill, she let me skip classes 'cause I didn't study for a test."

You may have seen it in memes, but most people use the term "finsta" as an inside joke about someone. It basically stands for “fake Instagram,” referring to someone looking a hell of a lot different in real life than how they look on their social media.

You might hear this Generation Z term used as a question or as a statement of fact. So if someone says "deadass" to you, they’re actually saying “I'm serious,” or they're asking you, “Are you serious?”

It sounds like something a cop would say or like a code phrase an MI6 or CIA agent would use, but it actually translates to “money received.” Anytime you get paid, especially if it was a lot of money, then you secured the bag. Does that sound shady or what?

A bop is simply any new song that slaps. (Bonus slang: If a song "slaps," that means it's good.) When Callahan asked his students if an old song can be a bop, the students clarified that, no, those would be referred to as a “jam.”

To most of us, "finesse" means to deal with something with skill and a whole lot of delicacy. But if the person using the term is a Gen Zer, then the word means to steal and manipulate someone to do what you want.

Don’t go calling 911 or the FBI if you hear someone using this phrase. “Gotta blast” might send chills down your spine, but it's just a newer expression that means the same as what older people mean when they say they have to "bounce" or "split: It means you're leaving.

Old people, this one's kind of like an updated version of when you'd say you "flipped your wig" or that you're "wigging out." But these days you're more likely to hear someone young say, "My wig is snatched!" The term could apply to something as silly as someone finally hooking up with their crush or getting an F in math.

If you’re sticking your nose where it doesn’t belong or you’re trying to offer advice to someone who doesn’t want it, then you might be told to “hop off,” or you might hear someone say, “nunya” which is short for “none of your business.”

If someone claps back, they’re responding to an insulting remark with an even more insulting remark. But if you say someone is clapped, it refers to “someone who was punched” or “a crazy person.”

Parents might have heard their teens use the term "tweaking" on one or two occasions when they get mad. Tweaking means someone's overacting. On the other hand, you can also say you're tweaking to mean you're ecstatic.

The "L" stands for "loss." Just as a sports team "takes an L" if they lose a game, someone who says they're "taking the L" is saying they’re losing something or making a sacrifice. So if your kid tells you they’re taking the L to cram for a test, they may be sacrificing time with their friends to get a good grade.

If a Gen Zer is telling you to "stay up" after you’ve shared a personal problem, they’re not necessarily interested in an all-night Netflix marathon or telling you to pull an all-nighter. This term is an updated version of "chin up," i.e., an encouraging way of telling someone they'll be OK, and to keep going.

If you don’t know what it means to "glow up," here’s some insight. The term is used to refer to a person who has become more attractive seemingly overnight. So if you get a new haircut or a new outfit or something, and your kids call it a glow up, take the compliment.