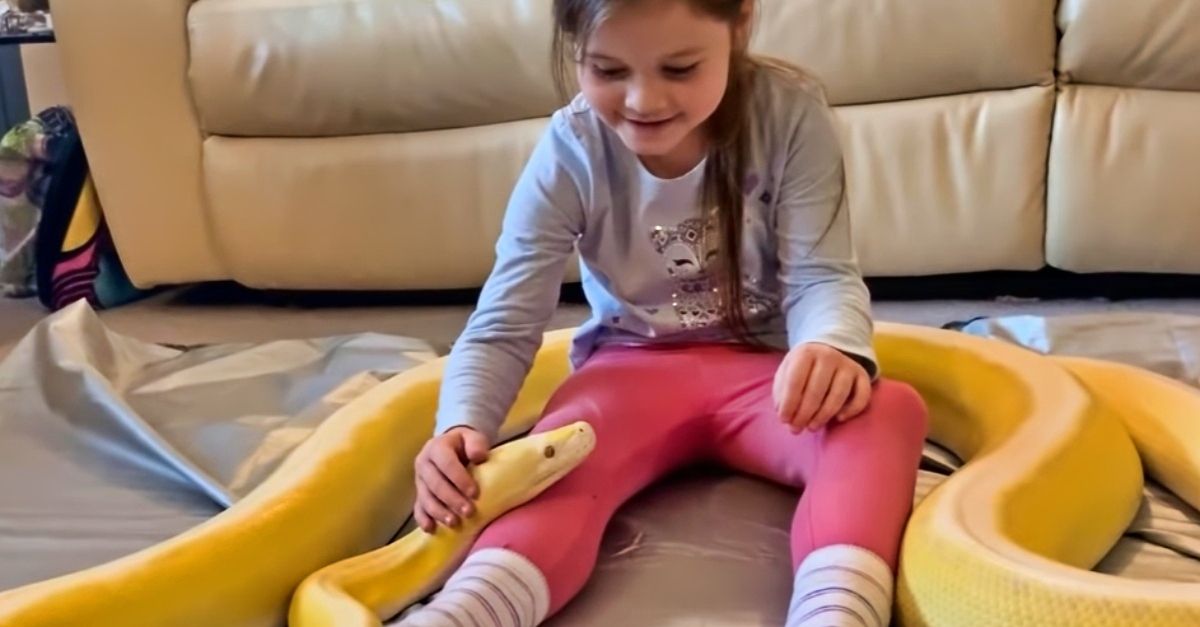 Ed couldn't comprehend what he was hearing. His mind was racing at a thousand miles per minute, and he was starting to question every decision he made over the last few years. Over that time Cher had become a part of their family.

The thoughts running through his mind were unfathomable. The truth was dawning on him and he couldn't stop the tears from brimming in his eyes. He couldn't help but wonder if it was his fault. He loved his daughter more than life itself. Such a thought was unthinkable but had he really endangered her life?

Emi Taoka was a child like no other. This was perhaps because she had an unusual dad too. Ed Toaka loved his daughter as much as any father. However, his protective instincts as a dad weren’t typical.

While other fathers actively tried to protect their daughters from dangerous situations, Ed preferred to teach his daughter how to handle herself. Unfortunately, he would come to regret this unique way of parenting.

Ed, a 39-year-old massage therapist, noticed early on that Emi was unlike most girls her age. As a toddler, during zoo trips, Emi was never afraid of creepy crawlies or snakes like other kids were.

As she grew older, her fascination with snakes only grew. Ed realized that Emi truly did not fear them. When Emi began begging to own a snake of her own, Ed faced a difficult decision.

There Was No Changing Her Mind

Ed realized early on that Emi’s love of snakes was not a passing phase. She particularly loved Albino pythons. These rare and beautiful creatures were easily distinguishable as their skin was a bright yellow.

Finally deciding to give in, Ed shocked people when he allowed Emi to own a giant python when she was just five years old.

While the massive python horrified other people, Emi loved her pet to bits. Naming her Cher, Emi soon became inseparable from the slithery creature.

Ed believed that if he could not get Emi to stay away from snakes, he would teach her to care for and respect them. However, as stated, Emi was no ordinary child. Not content to simply play with Cher, she took things further.

Most people can’t bear to be near a huge snake, let alone pet one. For Emi, watching TV, hugging, kissing, and sitting with Cher draped over her was something the child considered normal.

When Emi started asking if she could let Cher sleep in her bed, Ed began getting nervous. As much as Emi and Cher spent all their time together, the thought of her being left alone with the snake the entire night bothered him.

Emi was adamant that she would be okay and trusted Cher completely. When Ed finally relented and allowed the snake to sleep in Emi’s bed with her, he had one condition.

Having consulted a local veterinarian about the situation, while Dr. James couldn’t talk Emi out of the idea, he warned Ed to take other precautions.

It Was Fine At First

Ed took Dr. James’s advice and installed a camera in Emi’s room. When Ed and his family first began posting pictures of Emi’s special relationship with Cher, he and his family were subjected to criticism.

Many people felt he was not a good father for placing his daughter in such a risky situation. Sadly, even though Ed never let these criticisms affect him, they were actually warranted.

It all began when Cher started exhibiting some strange behavior. Usually, Cher looked forward to mealtimes and was happy to subsist on the little mice that Ed and Emi fed her.

When Cher stopped eating altogether, the camera footage revealed no answers. The father and daughter were concerned and thought she might be sick. However, the truth was far worse.

After taking Cher in to get checked out by Dr. James, his analysis was troubling. He could not find anything wrong and advised that Cher be given an ultrasound to check if there were any issues with her stomach.

After performing the ultrasound, Dr. James now had a firm theory. He hoped he was wrong as the theory meant that Ed and Emi had to contemplate the unthinkable.

Dr. James was deeply troubled by the ultrasound. When Ed and Emi sat down to hear his verdict, they were initially confused.

It seems the ultrasound showed no problems or abnormalities with Cher’s insides. It was simply abnormal for a twelve-foot snake to suddenly stop eating. Since physical injury or illness was ruled out, this left only one terrifying possibility.

If large snakes stopped eating, there was a simple reason why, explained Dr. James. Large snakes could survive on small meals. However, they preferred larger meals that could keep them sustained for up to a few weeks, depending on the prey's size.

If Cher wasn’t eating, she was likely saving space in her stomach in anticipation of consuming a large meal soon. It seems Cher had possibly been planning to eat Emi.

It Was Hard To Accept

Emi and Cher had been inseparable since the snake was a baby herself. It was unimaginable to the family that she may have actually been gearing up to eat her best friend.

She was undoubtedly capable as snakes Cher’s size were able to unhinge their jaws and consume prey much larger than themselves. Still, the thought was too horrible to contemplate. Something had to be done immediately.

Emi was devastated at this development. It wasn’t a conclusive fact that Cher was planning this. Since the risk was too significant, Ed had to take better precautions.

He felt guilty and blamed himself for putting his daughter’s life in danger. Knowing that Emi would never allow Cher to be given away, Ed came up with a different plan.

By installing a large terrarium at home, Emi could keep Cher without any further risk of her being able to harm anyone. Emi is still allowed to carry, pet, and play with Cher but now these activities only happen under supervision.

Despite the way things may have gone, Emi was ultimately able to keep her best friend. The two remain as close as they’ve ever been. But Emi’s story isn’t the first of its kind, and it certainly won’t be the last…

While sleeping with a common domestic pet - like a dog or a cat - in your bed isn’t usually a problem, Joyce Stokes from Florida insisted on sleeping with an unusual bedmate.

She allowed Iggy, her pet python, to sleep with her at night - even allowing it to lie across her entire body. Because snakes are cold-blooded, she assumed it was using her body heat to keep itself warm.

Joyce’s pet python had never given her owner any reason to be concerned. To Joyce, they had a special relationship. After all, Joyce had been the one who had hand-raised him when he was just a tiny hatchling.

For years, she had shared her space with him, fed him, and had taken care of him. Surely he wouldn never turn on his owner?

While it’s true that hand-raising an animal helps them imprint on their caregiver and recognize them as their “parent,” there’s a bit of a difference when the pet is a reptile than, say, a puppy or kitten.

Unfortunately for Joyce, she was about to discover this difference firsthand when she noticed something rather alarming about Iggy’s behavior.

Much like Emi’s Cher, Iggy had suddenly stopped eating. The python, who usually had a voracious appetite, started refusing the mice she gave him for no apparent reason.

Joyce’s first assumption was that her beloved pet python was sick - but she should have taken this strange new behavior as the first warning sign.

Although pythons can go for some time without eating in the wild, this was not Iggy’s usual behavior. Joyce, growing increasingly concerned, placed him in a carrier, and went to visit a specialized vet.

The vet informed Joyce that a snake that won’t eat is usually molting or stressed in some way, but, when he inspected the snake, he determined that he wasn’t molting.

He explained that snakes will refuse food if they feel stressed about their safety or survival. Then, he asked Joyce about the size of Iggy’s terrarium, the type of heat lamp she used.

Joyce told the vet about her snake’s setup - a large terrarium set up in a quiet room with plenty of room to move around.

From what the vet heard, Joyce was doing everything right. But then why was the snake refusing to eat? The vet was dumbfounded. But when Joyce told him what she let her python do at night, he was horrified.

Too Close For Comfort

When the vet asked Joyce how often she handled the pet snake and if it could be contributing to his stress, she confessed that her relationship with Iggy was a lot closer than he realized.

She told him that she’d let Iggy out of his terrarium at night so he could seek out the warmth of her bed.

Joyce told the vet how enduring it was when her pet snake lay over her entire body to keep himself warm. But, upon hearing that the woman allowed the enormous python to sleep with her in her bed at night, the vet quickly realized what the problem was.

Although it was something that would never have even occurred to the doting snake-mom, the vet's answer was absolutely terrifying.

The vet paused and considered the new information Joyce had given him and suddenly, it dawned on him. The snake’s strange new behavior didn’t mean he was sick or stressed, it was much worse.

He delivered the shocking revelation that there was nothing wrong with Iggy, in fact he was just acting on his instincts.

The vet told Joyce that the python was actually starving himself deliberately. And he had a horrifying reason for this.

Joyce’s eyes grew wide as he explained that, every time the snake “cuddled” against Joyce’s body in her bed, he was actually sizing her up. And the reason the snake was starving himself was too terrible to even contemplate.

You see, the large snake was preparing himself for a large meal. In the wild, large pythons are known to attempt to eat prey much larger than themselves, and they can go a long time without food.

They have been known to eat cattle, other large snakes, and even crocodiles. So, what exactly was Iggy planning to eat?

Preparing To Eat Her

Joyce was in complete shock as the vet revealed his theory as to why Iggy had been refusing food and “snuggling” up next to her at night.

The python was measuring her and starving himself so he had room to eat her while she slept. Of course, Joyce had to stop allowing the snake to sleep in her bed at night. Her life may have depended on it.

Although Joyce loved her pet snake, she had to do something to ensure her own safety. You see, reptiles are not like cats or dogs.

Although snakes can recognize their owners as non-threatening caretakers, they do not have the intellectual capacity to feel affectionate toward their owners. Because snakes are cold-blooded, they act largely on their instincts.

Of course, Iggy was just doing what nature intended him to do. Joyce felt no ill-will against her pet python.

She decided to keep him, but she restricted him to the room with his terrarium - far away from her bedroom. Next time Joyce wants to snuggle with a pet, perhaps she’ll choose a puppy or a kitten.

In order to protect the privacy of those depicted, some names, locations, and identifying characteristics have been changed and are products of the author’s imagination. Any resemblances to actual events or places or persons, living or dead are entirely coincidental