When Girlfriend Loses Her Memory, Her Boyfriend is Left in the Dust

Karla Pavelka
When Girlfriend Loses Her Memory, Her Boyfriend is Left in the Dust November 15, 2019Leave a comment 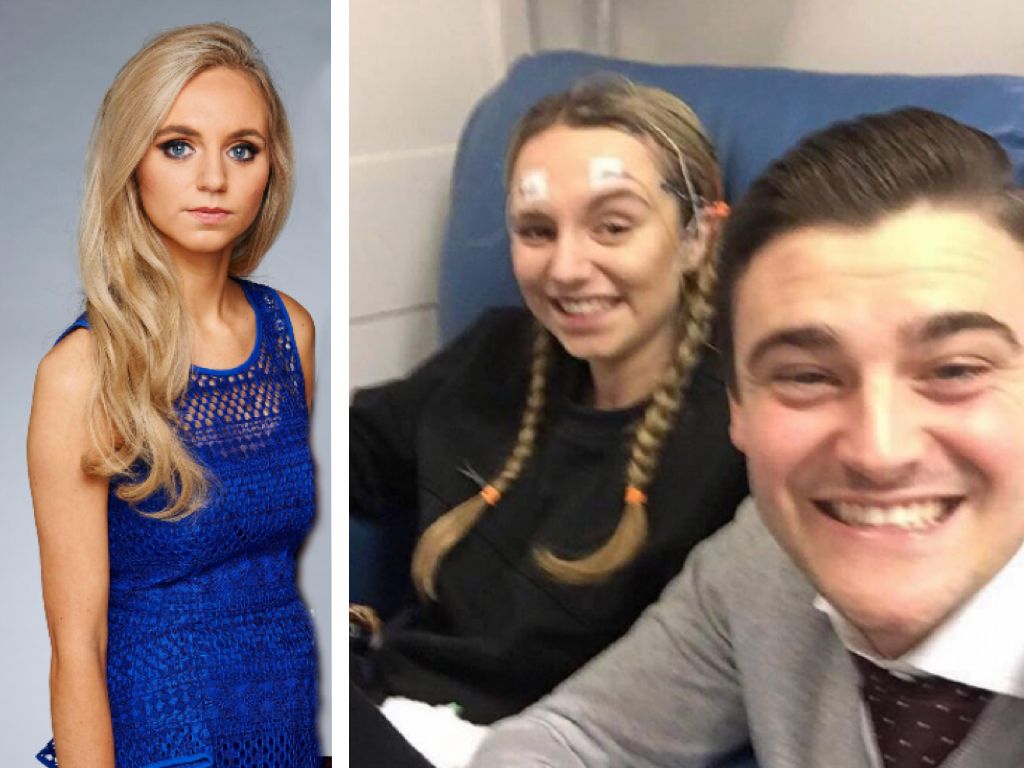 Rich was right there by her side when the accident happened. He was able to support Sharman until the couple got to the station. He helped her until the seizures ended. Little did he realize, their problems were only beginning.

"I remember at one point I was left on my own with him and hated it. I didn’t know him but he was acting like we were in love."

This is Jessica Sharman and Rich Bishop. Cute couple, right? They started dating when Sharman was 19. Bishop is five years older. Little did they know where their lives would take them. Were they actually meant for each other after all?

Their Life Together Seemed Perfect

The couple had been dating for seven months. They even worked together! They both worked in recruitment. They would take the train in to work together in the mornings. Sadly, this would be exactly where their lives would change.

Sharman has a health issue. She has epilepsy. She was diagnosed with it at 14 years old, but it hadn't had too much of an impact on her life. Sadly, that was about to change and it would end up leaving her boyfriend gasping for air.

A Trip That Would Change Their Lives

The couple, who live in England, got on a commuter train together. They were traveling from Tunbridge Wells in Kent to London, heading to work. Little did they know how much this trip was going to impact them.

Sharman suffered a seizure on the train. But not just one - she suffered a series of seizures. Her eyes glazed over. Her body went limp. Her boyfriend had no idea what to do but he knew he would stay by her side for as long as she needed.

Rich to the Rescue

Luckily, Rich was right there. He was able to support Sharman until the couple got to the station. He helped her until the seizures ended. Little did he realize, their problems were only beginning.

When they got to the station, Rich was the one who called Jess's parents. They scrambled to get there. When they got in, Jess's Mom ran towards her. She hugged her, and asked if she was okay. But the response she got was not what she was expecting.

The Shock Set In

Trying to Jog Her Memory

Sharman's mother needed to convince her she was actually her mother. So she did the easiest thing she could think of. She got out her phone, and showed Sharman picture of the two together. But the two had an even bigger shock in store.

Sharman couldn't even recognize herself! "I found a mirror and looked at my reflection but it was like I was looking at a stranger. I did match the person in the photos, though, so I agreed to go home with my parents," Sharman said. "Mum put a hand on my knee but I pushed it off, it felt weird to be touched by a stranger.”

No Memory At All

“I was terrified. I had no idea who anyone was. Everyone was a stranger to me. I didn’t even know my own name,” Sharman said. “I remember boarding the train that day in March, but that’s it." Did she even remember who was on that train with her?

Trying to Remind Her

Sharman's parents took her home. But when she got there, she didn't remember anything. She couldn't even recognize their house. "My mum gave me a tour but nothing came back to me," she said. In an instant, her whole life was a blank state.

Sharman's mother took her to the National Hospital for Neurology and Neurosurgery in London. But the prognosis wasn't promising. They said it could take up to six months for her memory to return. But that was a best-case scenario.

There was even worse news. There was a chance her memory might not return at all. Doctors couldn't be sure what would happen. "My head was spinning, it felt like I was in a horror film,” Sharman said. And ultimately, the monster in this horror movie was her own brain.

Sharman had to re-learn life skills. "My parents taught me how to cook again," she said. But it wasn't just life skills she needed to re-learn. It was things about herself. "[My parents] told me what TV I liked and how I liked to dress." She couldn't even remember her preferences in clothes, so there was no chance she could remember what made her like her boyfriend in the first place.

And What About Rich?

"My parents invited Rich over but I didn’t know him," she said. "When they left me alone with him, I was really scared. I remember at one point I was left on my own with him and hated it. I didn’t know him but he was acting like we were in love."

Sharman wasn't happy with Rich. So, two weeks later, she broke up with him. Rich was devastated. "He looked so hurt," Sharman said. After everything that she had put him through, Sharman couldn't even bring herself to give her boyfriend the benefit of the doubt for more than a fortnight. But Rich wasn't about to give up that easily.

Rich Bishop wasn't about to give up his girlfriend without a fight. He made a promise to Sharman. He was going to help her remember how great they were together. Even though she kicked him to the curb because they didn't immediately click, he was not going to give up on her. He had a plan.

Rich had a mission: to make Sharman fall in love with him again. So he began to take her on dates. He took her on walks in the park. He took her back to her favorite restaurants. He told her stories about their past. But, with what little she remembered about herself, would it even be possible to remind her what she liked about her boyfriend?

Falling In Love All Over Again

And how did Sharman respond? "He was so patient with me, so sweet, I couldn’t help but fall for him," she said. "I don’t remember the first time I fell in love with Rich but I do remember the second." It turns out that she could remember her preferences after all!

Getting Back to Normal

As her confidence came back, Sharman started to return to a regular life and routine. She got a job again. But she no longer works in recruitment. She works at a call centre. She still struggles, though. And her relationship isn't the only thing that has taken a toll.

Not Quite Normal Yet

Social situations are still stressful for Sharman. "People I’d known for years would approach me and start chatting," Sharman said. "It was stressful admitting I had no idea who they were. It’s hard to explain losing 19 years’ experience." If she didn't remember her own boyfriend, there's no way she could remember classmates from high school.

It Could Happen Again

Sharman may never regain her memory of her first 19 years of being alive. But that's not the worst part. Sharman explained, "Doctors say there’s a 50 per cent chance I could lose my memory all over again." It's a scary prospect. But there is one upside.

No matter what happens, Rich is by her side. And Sharman can take confidence in that. "Rich was able to make me fall in love with him twice," she said. "So I know he could do it again.”