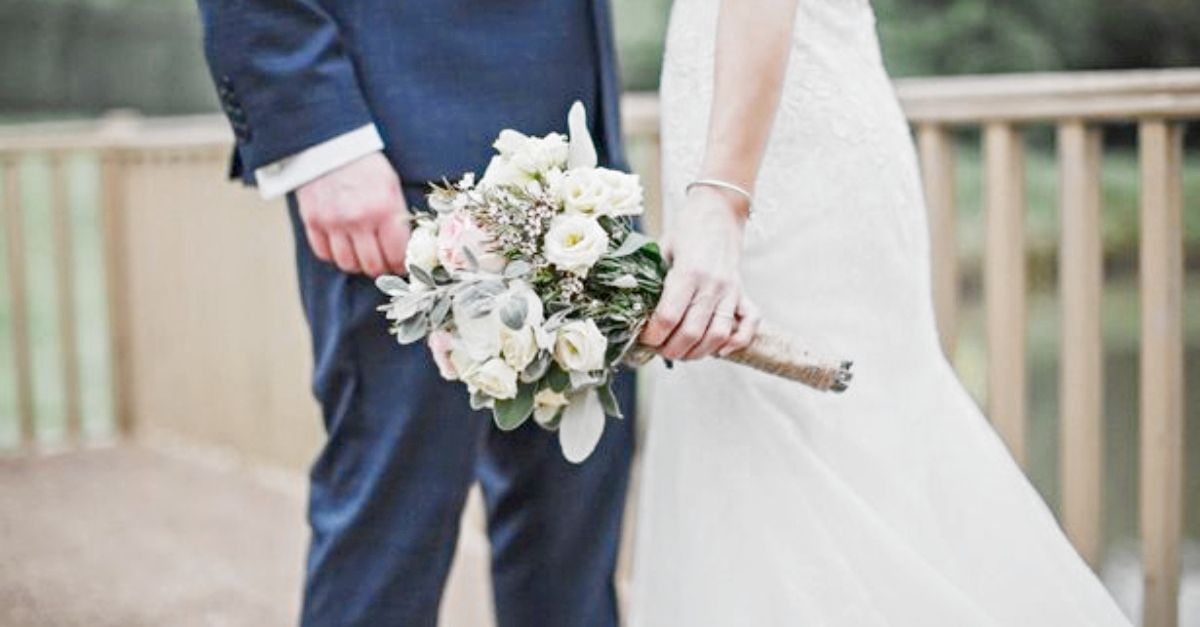 The fact that Josephine Gellar had been entirely wrong about the Masons wasn't the only thing that surprised her. It was the way the Masons handled the entire matter.

Josephine tried to see things from their point of view. She had to confess that she would have handled things differently. She was humbled by the experience and could not believe how mistaken she had been about them.

Warren Gellar and Susan Mason met in their first year of clerking together at the prestigious law offices of Bingham, Thompson, and Mooney. It was a highly prized opportunity for budding attorneys in Maine.

Naturally, both were ecstatic to work there straight out of law school. But that wasn't all they had in common. There was much more.

They were the definition of a twin flame. Not only did they share their ambition and their professional goals, but they also had the same values and were into the same things. They both were opera enthusiasts, something over which they bonded from day one.

From the start, it was clear that they were perfect for each other. Or at least, that's what it seemed.

Elephant In The Room

Regardless of everything they had in common, there was something that may have gotten in the way of taking their relationship to the next level. It was the big elephant in the room; they acted like it didn't pose any problem, but they knew it might.

While they were happy together from day one, many of Warren's friends and family members thought they were incompatible.

On the surface, Warren and Susan seemed like complete opposites. The reason was that their backgrounds were at odds. Their childhoods had been very different, and so were their families' lifestyles.

Warren's family had always been extremely wealthy and had an extravagant family estate. In contrast, Susan's upbringing appeared to have been far more humble.

Warren's parents came from old money; the family tree was populated by industry and finance tycoons. However, Warren didn't know much about Susan's family.

All he knew was that they were country folks. Susan had been the first member of the dynasty to go to university and live in the big city. This didn't seem to be a problem at first. However, in time, Warren realized something.

The couple never allowed social status to come between them. Even though Warren had a privileged upbringing, he was never a snob or an elitist. He could care less about his partner's background or bloodline.

He loved Susan for who she was: a talented, intelligent, ambitious woman. However, Warren sometimes worried about something: his parents might feel differently.

Regardless, Warren realized that he wanted to spend the rest of his life with Susan. He planned everything perfectly but was a little concerned about one thing, or rather, one person.

A Rock And A Hard Place

Warren's mom, Josephine Mary Gellar, had always been an austere woman. Her tastes were extravagant, and, truth be told, she could often be a typical snob.

Since Susan was the opposite, always simple and humble, Warren sometimes felt caught between them. Although Susan and Josephine hadn't had any serious disagreements, Warren feared their personalities might eventually clash. But that wasn't all.

His dad, Quentin, wasn't much better. Warren could never forget what his dad said once when they were talking about his relationship with Susan.

His dad had made a comment hinting that he was glad that his son was dating around and having fun with Susan, but eventually, he would have to consider settling down. Quentin's reaction to his response left a sour taste in Warren's mouth.

"But dad," Warren said. "I am serious about Susan. I am considering settling down. That's why I'm dating her." After he said those words, a few seconds of silence followed.

"Oh! I didn't know it was like that. Okay then," was all his dad said, and he immediately switched topics. Warren had the impression that his dad had been unpleasantly surprised. But that wasn't all.

Warren's parents had a habit of passing snide comments about Susan's clothing and often insinuated to Warren that they felt like Susan was beneath him.

Every time this happened, Warren made clear that he found those types of comments disrespectful. But still, his parents brushed it off, saying that it was just a joke or that they just wanted the best for him.

Despite his reservations about his parents, Warren was deeply in love with Susan. Seeking to make this love official, one day he excitedly called them with some big news.

Warren had proposed to Susan, and she said yes! His parents weren't as excited as they ought to have been, but Warren didn't care because he was, and that was the important thing. But that wasn't all.

It also meant that he would finally get to meet Susan's parents. Besides the wedding itself, that was one of the things Warren was the most excited about.

Finally, after years of mystery and secrecy that he didn't understand all that well, he would get to know his fiancée's parents. Little did he know of the discord those people would bring with them to the ceremony.

Susan's parents expressed their excitement for the news over a brief call with the family and humbly offered to chip in for the wedding expenses.

Being the fancy and controlling types they were, Warren's parents refused to accept any money from the Masons. They then set about planning a lavish wedding for the couple, and Susan's parents were relegated to being treated like ordinary guests.

They Met At Last

On the big day, like everything the Gellars did, the wedding was an opulent and over-the-top affair. In contrast, Susan had chosen a simple wedding dress, humble make-up, and a modest hairstyle; still, she looked fantastic.

However, the big shock for Warren's parents was yet to happen. It would be Susan's parents that would be responsible for it.

While Warren's parents wore designer outfits, when Warren finally met Susan's parents, he immediately saw where she got her humility from. Still, they were endearing and very likable people.

Unfortunately, not everyone felt the same way. Josephine, Warren's mom, was being extra moody that day for some reason. It didn't take long before problems started.

Susan's parents reminded Warren so much of her, and he loved their salt-of-the-earth personalities. Mr. and Mrs. Mason were dressed in humble outfits.

In contrast to the Gellars' overpriced attire, the Masons looked very plain. Naturally, Warren didn't have a problem with that; but someone else did. And it would turn out to be a big one.

After some champagne, Josephine's mood worsened, and she began passing comments. Susan gave her the benefit of the doubt for a while, brushing off her comments as jokes and even teasing her back about her fancy, even over-the-top outfit.

However, this only made Josephine's comments worse and worse. And it came to a point where Susan couldn't keep taking it.

Eventually, something happened that was the straw that broke the camel's back for Susan. She couldn't believe what she was hearing.

Susan was shocked and furious when Josephine actually began insinuating that the Masons should either change their "embarrassing" outfits or leave the wedding. She felt her blood boiling in her veins. How dare she say that? But that wasn't all.

It wasn't just Josephine's behavior; it was the fact that Warren's father tried to defend it when she was confronted about it that was the last straw. However, the Masons' reaction was something no one could have ever predicted.

The  Masons never reacted with any anger or malice and chose to leave the ceremony without causing a commotion.

They didn't want any of this to ruin the couple's day, so they tried to leave quietly. Susan was having none of it and left herself to go after them.

Warren, disgusted with his parents' behavior, followed, leaving his own parents all by themselves at the table, baffled as they speechlessly watched the consequences of their behavior.

Warren and Susan caught up with her parents as they were leaving the parking lot. Warren apologized for his parents' behavior.

The Masons assured him there were no hard feelings and that they were only leaving because they did not want Warren's parents to feel uncomfortable. But there was something astonishing and admirable about the way they said it.

They seemed completely serious about it. There was no trace of resentment or anger in their expressions; all they wanted was to be left alone and not bother anyone.

Before they could leave, Susan's dad gave Warren an envelope and said it was their wedding gift to the couple. When Warren opened it, he was stunned and confused.

The Truth About The Masons

Inside the envelope was the title deed to a house in one of the most exclusive neighborhoods in Maine.

The Masons explained that since the Gellars paid for the wedding, they decided to splurge on the wedding gift. But that wasn't all. There was something about the Gellars that neither Warren nor his parents were aware of.

It turned out that the Masons came from a long line of cattle ranchers and supplied beef to half the supermarket chains in the country.

Shockingly, despite their humility and against anything their appearance could suggest, the Masons were actually a lot wealthier than the Gellars. They were one of the most powerful families in the whole state.

Warren pleaded for the Masons to come back inside, and they finally agreed. Once there, the two families instructed the MC to keep the guests happy for a few minutes and had a quick meeting. Warren's parents were calmer now and even apologized for their behavior.

Warren explained who the Masons actually were. With a huge dose of humility for the Gellars after learning they were the less well-off couple, a quick truce was called, and the wedding was finally back on.

The Value of Values

The wedding ended up going smoothly from there. Afterward, the two families took some time out to get to know each other better. The Gellars ended up actually admiring the Masons for how humble they were despite their success.

The Masons explained that they had been raised that way. They valued hard work and simplicity above anything else and had raised Susan to value decency and humility above material things.

When they finally announced that a grandchild was on the way, both sides were ecstatic. But that wasn't all. Warren realized something: he had learned a valuable lesson that he may not have learned otherwise.

After living with Susan long enough, Warren knew exactly how he wanted to raise their son. His wife and her parents had taught him that the most valuable assets a person could have were simply good values themselves.

In order to protect the privacy of those depicted, some names, locations, and identifying characteristics have been changed and are products of the author's imagination. Any resemblances to actual events or places or persons, living or dead, are entirely coincidental.