25 Inventions That Shouldn’t Have Been Created

Camila Villafane
25 Inventions That Shouldn’t Have Been Created January 24, 2020Leave a comment 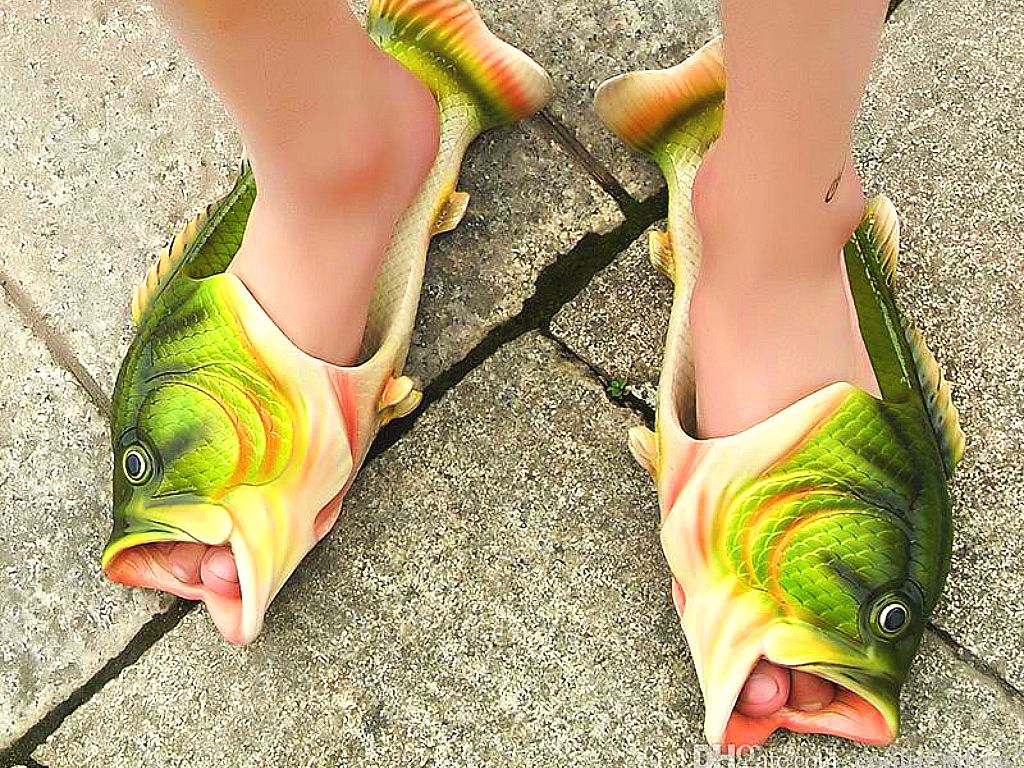 There are some inventions that make life so much easier, like the dishwasher or the lightbulb. But, there are also a couple of items on the market that are seriously unnecessary. And sadly, some of these inventions are new, which proves that people out there are willing to buy all of these items below. Supply and demand, right?

You can take your HoodiePillow to school, to work, or even on a long trip! And when you get sleepy, your hoodie turns into a pillow. But as nifty as this sounds, you’ll probably wind up using it once, much like the next item which isn't what it seems to be.

Pizza enthusiasts will undoubtedly gawk at the pizza cone that laughs in the face of traditional pizza slices. How do you even begin to eat this thing? You need to start by using a spoon to get the cheese. But then you'd be left with an empty pizza cone. This one might be a tad too silly, but the next invention is actually kind of helpful.

If it looks like a duck but doesn’t quack like one, then it’s probably this dog. The Japanese company Oppo invented this embarrassing-looking Quackbill muzzle that will keep your dog from biting anyone or anything, especially your pant legs, which this next invention will keep off the floor.

A Korean company called Connect Design invented a foot hammock called Fuut. Because if you can’t afford a hammock for your entire body, you should get one for your feet, apparently. But if you want something to eat while you're relaxing, you might want to check the next ridiculous invention.

Boil it, shell it and place the hard-boiled egg into the cuber. Then, place the upper plate over it and make screw it down so that the egg is squeezed into the square shape of the cuber’s compartment. Then place it in the fridge for about 10 minutes, and you’ve got a cubed egg. But if you think this is impressive, the next invention will make you feel like a real Hobbit.

These grass flip flops from KUSA make you feel like you’re walking barefoot on grass. We can't help but feel that it would be easier to just walk outside and step grass. What do we know? But are these ridiculous flip flops as bad as the next mode of transportation? Click next and judge for yourself. We're... hum, seriously confused.

If you’re too lazy (or too clever?) to push your scooter with one foot, then try the dog-powered scooter. It relies on your dog’s gait to move. But if you get thirsty along the way, then you might want to keep the next invention on your belt.

Holster Up repurposes gun holsters so that they can hold beer bottles and beer cans. It’s stylish enough to wear at a daytime barbecue with your family and friends or for a night out on the town. And at least you won’t alert any UFO hunters while wearing it like this other invention.

Studio Banana Things invented this Ostrich pillow, which helps you drown out a noisy airport so you can sleep while waiting for your plane. But you might get mistaken for an alien and taken to Area 51. So thread carefully.

The Chork is the perfect example of what happens when East meets West. It’s a combination of chopsticks and a fork. That way, you can eat your Sushi the traditional way or the Western way. But’s it’s not nearly as bad as this next pasta eating utensil...

This Twirling Spaghetti Fork will revolutionize how you eat pasta because it twirls the spaghetti for you! Seriously, is this the laziest invention out there, or what? It also looks like a repurposed electronic toothbrush. But if you think this is lazy as it gets, then wait until you see what you can use to eat chips. Is the world of using your hands to eat coming to an end?

The potato chip grabber is a Japanese invention that allows you to eat potato chips without getting any greasy residue on your hands. All you do is press the button on the wand to use the plastic fingers on the end to grab a chip. While it might be totally financially irresponsible to buy one, we wouldn't mind having it at home. But the next invention will also help you keep your hands clean.

A utensils brand named Zenergy came up with Trongs, which can help you grab buffalo wings without getting your fingers dirty. It also works for dipping shrimp and veggies into sauces. Why? Because someone out there is willing to spend around $10 bucks for a pack of these. That's why.

If you’re throwing a dinner party or hanging out at a restaurant and you need a tripod for your camera, then try a bottle cap tripod. They sit on top of your soda or water bottle, and you can adjust the angle, too. But if you can’t find anyone to take a selfie with you, then this next item might make you feel better.

A company called Firebox used to produce a poster that included all of your Facebook friends’ profile photos. The poster could hold about 570 friends. Why? Because people like spending their hard-earned cash, apparently. But if your actual friends do contact you, then throw them a good old-fashioned cookout. Just don’t forget this next item.

You can make your guests feel extra special by using the BBQ Brander to label the burgers on the grill with your guests' names. This also prevents someone from getting greedy and having too many burgers. But if burgers aren’t your thing, this next invention can offer you a better alternative.

Use the Kitchen Art Ham Dogger to make hot dogs out of hamburger meat if you want. You could just go to the store and buy regular hot dogs... But we get it! Some people like to spice up their lunch menu. And speaking of spicing things up, how do you feel about spray painting your food for extra pizzazz?

A Danish company called The Deli Garage came up with Food Finish edible spray paint. So, if you want to turn your chicken gold, there’s a spray for that. They also have red, blue and silver, too. But if you really want to defy Mother Nature, then you're gonna need a magic wand.

The ThinkGeek remote control wand has 13 programmable commands. It has no buttons, so you have to literally flip through channels by twisting the wand or flicking it from side to side, which isn’t as fun as it sounds. It’s too bad the function features aren’t as transparent as the following wearable invention.

The Valencia See-Through Pocket Jeggings and Delta 415 Wearcom jeans provide a transparent, touch-sensitive pocket that allows you to use your iPhone with ease. And while it looks like a fashion fail, you know you'd be jealous if your friends got a pair.

The corn kerneler’s only function is to remove the cob from corn so that only the kernels remain. But buying a can of corn kernels just seems easier to us. And this next yellow invention will also have you asking, isn't there an easier way?

The Post-It Watch is basically a post-it pad in the form of a watch that you can wrap around your wrist so you don’t forget an important date. But it won’t work the way a real watch or a Smartphone would. And this next item won’t do what it was supposed to do either.

There aren’t a lot of thieves who would waste time stealing sun tan lotion. So, the Tan Safe was designed to look like a sunscreen bottle. You can store your valuables inside it while you’re at the beach. It just won't provide you with any protection from the UV rays and more often than not, thieves are known for stealing everything in your bag.

The lapkin is a paper napkin designed to look like men’s underpants, thus giving the impression that this is all you’re wearing when you’re sitting at the dining table. But it’s not as embarrassing as this next device that offers extra protection.

Be careful when putting this one in your wallet. You’ll definitely confuse your date when you take out a condom flash drive by mistake. Like a real condom, you should probably discard this invention after it has been used.