Hilarious Design Fails That Will Make You Do a Double Take

Camila Villafane
Hilarious Design Fails That Will Make You Do a Double Take March 30, 2020Leave a comment 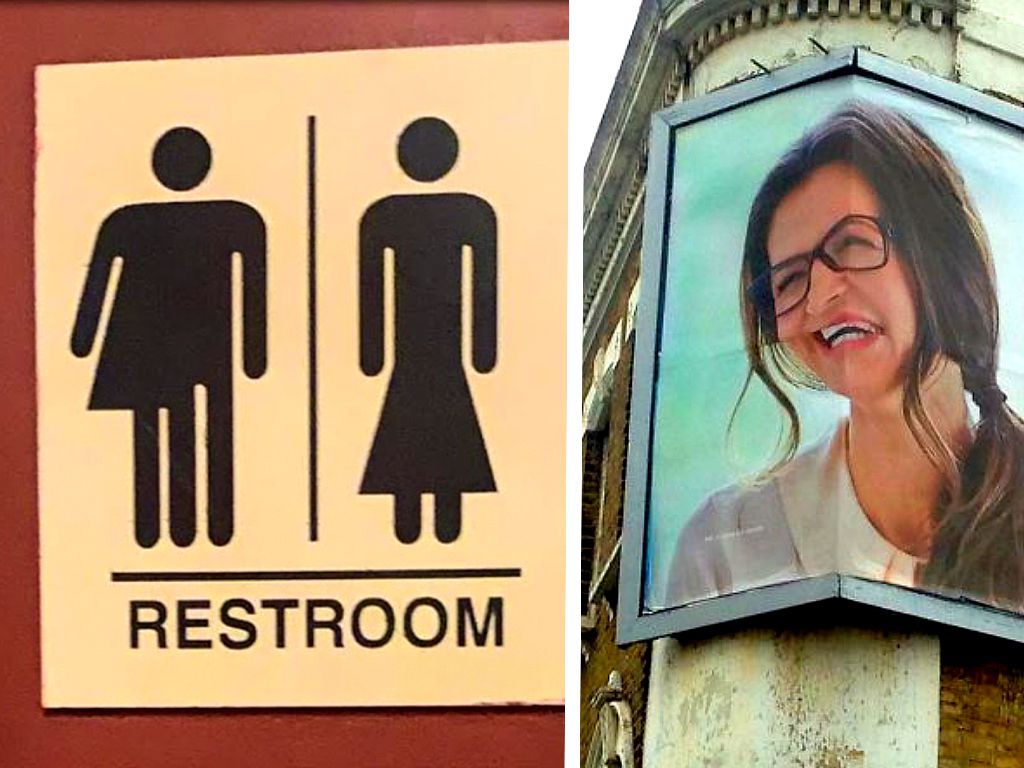 You would think that a designer or an architect would have impeccable taste, but the designs on this list suggest otherwise. And we're not just talking about a typo here and there or an ugly building. No, no. These aberrations are a total eyesore, and they’re so bad that they’ll make you wonder if these designers ever finished college.

These Stairs Lead to Nowhere

They told you to use the stairs in case of a fire, so you did. But you rushed down the flight of stairs only to wind up with your face planted on the wall. Whoever designed this needs to get fired before anyone gets hurt.

This Bus Seat Has No Leg Room

The bus seat on the left looks perfectly normal, unless you’re the unfortunate soul who has to try and sit there. There’s no leg room. The only person that could benefit from this seat is Lieutenant Dan from “Forrest Gump,” after he came back from the war.

This Globe is Missing Europe

You’ve heard of Brexit. Now take a look at Europexit! The designer of this globe must have dropped out of school after the third grade. It’s too bad, though. If he had stuck around, he would have realized that there’s another landmass right above the African continent.

The Elevator Floors Are All Scrambled

The elevator floor numbers are all jumbled like a freaking Bingo card. Just imagine riding up and down the elevator until you finally find the right number. This is a great way to motivate people to start taking the stairs, though!

This bottle has measurements on the sides, which is pretty great in theory. But wait a minute! The numbers are totally useless since the bottle itself isn’t transparent. Guess the user’s going to have to shake it to estimate how much liquid is actually inside. Sounds fun!

This Bridge’s Walkway is Too Narrow

According to the sign on the Golden Gate Bridge, the right side of the walkway offers ample space for bike riders, but virtually no space for people who are walking. A kid might be able to pass through, but an adult is going to have to lose a few pounds to be able to squeeze through.

Here’s a perfect example as to why people need to invest in the app, Grammarly, even if they’re making a sign for a parking garage. Instead of writing "Exiting," they wrote "Existing." So now it reads as if it’s saying that to exist, you require space, which isn’t free. Where's the lie, though?

These Pillows Are a Navigation Nightmare

Some people don’t know the difference between up or down, North or South, West or East. And you can bet that the designer of these nautical pillows is one of them. It’s a good thing they make pillows. We certainly wouldn’t want them at the helm of a cruise ship or have them flying a plane.

There’s an Extra Pair of Legs on This Ad

This storefront ad for panty hoses has window shoppers very confused. There are three gorgeous women and four sets of legs. So, who does the extra pair belong too? Did the models absorb the fourth model the way some babies absorb their twins in utero?

Passing This Quiz is Impossible

This person answered all of their questions right. It’s too bad that the IT guy who designed the quiz was a total flake. So even though the person got all 18 questions correct, it wasn't enough to please the powers that be. Bummer!

They Put Braille Inside the Vending Machine

This one’s the ultimate facepalm. Someone put braille behind the vending machine’s glass, so a blind person would know what item they were picking. The only problem is, they can’t touch the braille labels, so it’s pretty much pointless.

At first glance, a customer might read the word Tonix and assume it’s a tonic. Also, the word lemon on the label would confuse anyone into thinking that this is the flavor of the product, but it’s actually the scent. Tonix is a floor cleaner.

Pull the Alarm and Get Locked

Back in the day, someone designed a fire signal box that locks the hand of the person that pulls the alarm in place. That way, cops can apprehend the person who sent a false alarm. But if the fire is real, it will consume the alarm sender along with everything else. Seriously, what the crank?

Pooh’s Got Some Scary Chompers

Winnie the Pooh is supposed to be all soft and cuddly, but this stuffed toy is anything but cute. The designer got everything right except for those terrifying teeth. It looks like it’s ready to eat children. There’s no way a kid will get a good night’s sleep with this thing in their bed.

This girl’s sweater has a safety pin on the front, but if you have a really dirty mind, you’d swear that it looks like something NSFW. In fairness, if they wanted a safety pin, they should have went with a different design.

Pizzas You Can Only Cook Once a Month

Period pizza doesn’t sound like something a pizza shop should be advertising. Aside from a few weirdos, the majority would agree that this is seriously gross. But we see where the designer messed up. The sign should read, “We have the best pizza... period.” But instead, they placed the word “period” all in caps right before the word pizza. Clearly, someone needs to go back to design school.

Don’t Use this Phone in Public

This cell phone case was designed to look like a gun complete with a trigger and everything. But if the user pulls this out near a police officer or a passerby who happens to own a real gun, they’ll end up in the emergency room or worse.

It looks like the perfect wedding card to give to a friend or significant other. But upon further inspection, you realize that the bride and groom look like they hung themselves. So, it seems like happily ever after really is a myth after all.

This counter design is just plain nasty. It looks like someone wiped it down using a baby diaper. Of course, it could also be a hair dye experiment gone horribly wrong, or someone who was eating chocolate pudding and accidentally dropped it all over the counter. Either way, it's a big bucket of NOPE.

Whatever you do, don’t take your kids with you to Whole Foods. This poultry sign reads “Boneless Skinless Children’s Thighs.” Either it’s a typo, or this Whole Foods Market is literary a little shop of horrors.

Whoever designed this fun mirror had their heart in the right place. They wanted to make this inclusive to everyone, even blind children. So, they added a Braille sign so they’d know what they were looking at. Oh wait! There’s a problem. Blind children...can’t...see... which kind of takes the fun out of the fun mirror, right?

Before It’s Too Late

St. Louis Cremation took out this ad that suggests that when your adorable little girl grows up into a teenage nightmare, your only option is to have her cremated. Talk about taking things to the extreme! Maybe try having a conversation with her first?

The Child Mannequins Are About to Fall!

This children’s store thought it’d be a good idea to hang their dummies above the potential shoppers’ heads. But it’s a seriously creepy display because it looks like the kids had a bad day at school and decided to end it all.

This gnome salt shaker looks adorable from the front, but from the back, it looks like a member of a certain clan with extremist views. Whoever owns it probably screams “Gnome Power,” whenever they’re about to pour. But this gnome shaker is simply for white salt only. No pepper allowed!