Camila Villafane |December 2, 2019
Homeless Dad Approaches Police Officers in Miami and Gets More Than He Bargained For December 2, 2019Leave a comment 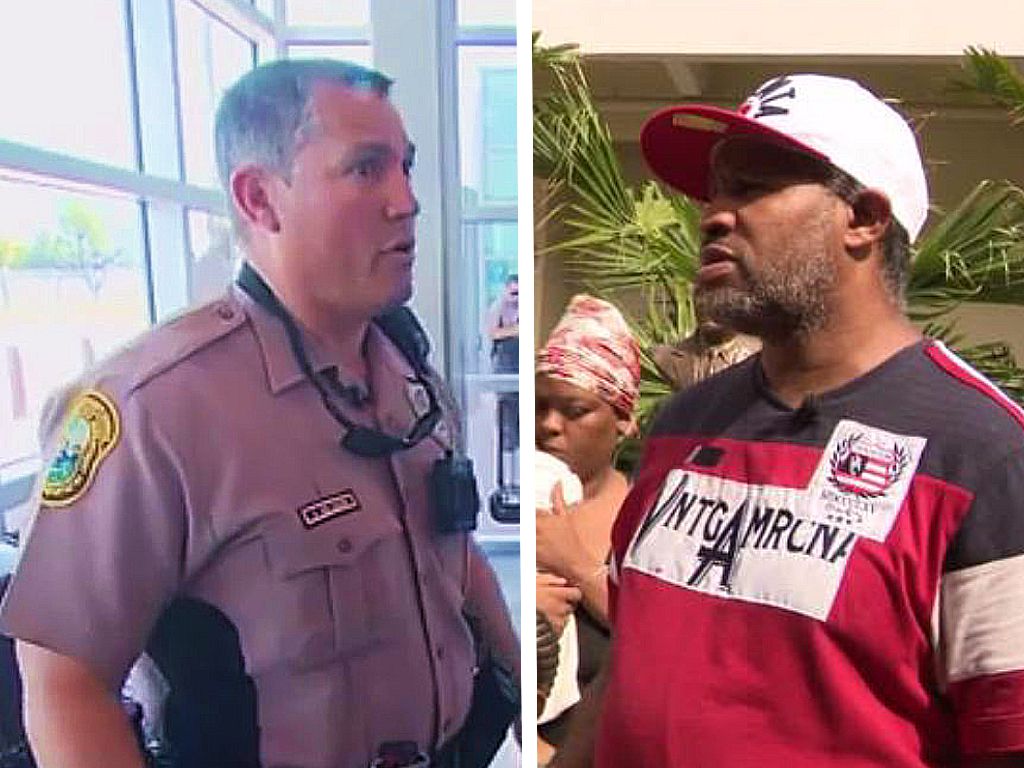 Police officer Jose De Leon was patrolling a bus depot at Miami-Dade International Airport when he ran into a homeless dad. But he had no way of knowing that this stranger would end up changing his routine and the days of his entire department.

Miami-Dade police officers Jose De Leon, Roberto Azcuy, Isabel Soto, Dayane Wilhelm and Scott McBath were patrolling a travel hub near Miami-Dade International Airport. This wasn’t their first time doing so. It had become a ritual for them. But something about this day would change their lives forever and spread their story across the world.

They Had 80 Years of Experience

The officers had a combined 80 years of experience in law enforcement, and like all cops, they were stationed to serve and protect. But they had no idea that their oath would be put to the test on this one fateful day.

They Consider Themselves City Ambassadors

"I don't think (any) of us here consider ourselves heroes," Officer Azcuy told CNN. "We're doing our job. At the end of the day, that's what we signed up for. That's what we swore to do right in our community." But they were about to face one of their biggest challenges.

They Do More Than Just Catch Bad Guys

But as these police officers will tell you, being a cop isn’t always about catching bad guys and writing tickets. Strange things can happen when you're patrolling the streets. Some might take years to get over. But nothing in their experience could have prepared them for this.

They Were Willing to Sacrifice Themselves

Sacrificing for the good of others is Officer Azcuy’s mantra. It’s literally a part of who he is. He even has a tattoo on his arm that reads: “The true warrior is one who sacrifices himself for the good others.” And that’s exactly what his fellow officers did.

They Deal With People All Day

Patrolling the travel hub at Miami International airport means that these cops run into a lot of people from all different walks of life. Some ask them for directions while others ask for help to find someone who has stolen their wallet or purse. But this wasn’t either of those cases.

They Patrol With a Smile

Not once have they ever questioned their decision to help someone in need. They do the job they’ve sworn to do, and they do it with a smile, too. But that wasn’t the case in October 2019 when someone approached Officer De Leon. But what did the man want?

He Came Right at Him

Cops often get a bad rap because of a few bad apples in law enforcement. This sometimes causes some people to panic prematurely when they see an officer of the law. But this stranger wasn’t running away. He was coming straight towards De Leon, and he seemed desperate.

This Stranger Had Nothing to Lose

Most cops would reach for their weapon just in case, but De Leon saw something in the man’s eyes that told him to stand his ground. Still, he wasn’t sure what the man wanted, but he was certain that this guy didn’t have much to lose and that was potentially a bad sign.

The man was desperate. It was obvious in his face and in his eyes. But what was he looking for? It would have been foolish to try to steal from a cop. It didn’t take long for De Leon to realize that money was exactly what he wanted from him.

The Officer Was on His Own

The stranger was clearly down on his luck and not in the best state of mind. Worst of all, De Leon was all by himself. His fellow officers were nowhere in sight. He could radio in for help, but would they arrive in time?

When the man approached De Leon, he came all by himself. His family was standing nearby. He quickly realized he wasn't really a threat. After speaking to the man for a few moments, the police officer was eager to reach into his pocket and take something out. But what was it?

The man told the officer that he and his family had moved from Michigan to Florida. He was going to work as a cook. But then they got kicked out of a relative’s home and now they were homeless. Desperate times call for desperate measures, so they took shelter in the bus depot. But they were in desperate need of help.

There Was a Family in Need

Their Belongings Were in Garbage Bags

De Leon and the officers visited the homeless dad and his family and saw that they had stashed their belongings inside several garbage bags. They also noticed that the man’s wife was holding a two-month-old in her arms and they had other kids.

The Officers Were Heartbroken

The five officers were completely heartbroken for the homeless dad and his family. They were all parents themselves and would never want any child to experience the pain of being hungry or live without a roof over their head. So, they came up with a way to help this family in need.

They Reached Into Their Pockets

They reached towards their pockets, which would normally send chills down a civilian’s spine. But they didn’t take a weapon or handcuffs out. They had something amazing in mind.

They Pooled Their Resources

They took out all the money that they had in their pockets and combined it. Collectively, they nearly had $200, which they gladly surrendered to the homeless dad and his family. But one officer was brought to tears.

Officer Wilhelm couldn’t believe that a newborn baby had been sleeping at a bus station. As a new mother herself, this really tugged at her heartstrings. "I had just taken out money that morning and ... I just, I gave it up," Wilhelm told CNN. But $200 wasn’t enough.

They Found a Place for Them

After giving the family the money, they made a few calls and found a local shelter that could accommodate the family of six. But the officers didn’t simply give them the address and then take off.

The police officers drove the family to the shelter, but there were so many people, that they couldn’t take them all at once. "It took three units to carry everybody and their belongings," Officer McBath recalled.

They Couldn’t Stay in Florida

The officers said that the man and his wife expressed their gratitude to them. But the homeless dad’s priorities were clear. The family didn't have a home in Florida, but their problems would be solved if they went back to Michigan. So the next step was clear.

They Had the Means to Get Home

Had the homeless dad not approached Officer De Leon, the family would still be living at the bus depot instead of a shelter. But they didn’t want to live like this forever, and now they had the resources to get home.

They Never Heard From Them Again

Although the officers haven’t heard from the homeless dad since, the family used the money and the shelter's resources to finally get back to Michigan. The officers hope that they’ll be able to get their lives back together.

“I don't think (any) of us here consider ourselves heroes," Officer Azcuy told CNN. "We're doing our job. At the end of the day, that's what we signed up for. That's what we swore to do right in our community." Sounds like the force needs more officers like these amazing fellows!