These People Admit How Their Horrible Families Completely Ruined Christmas 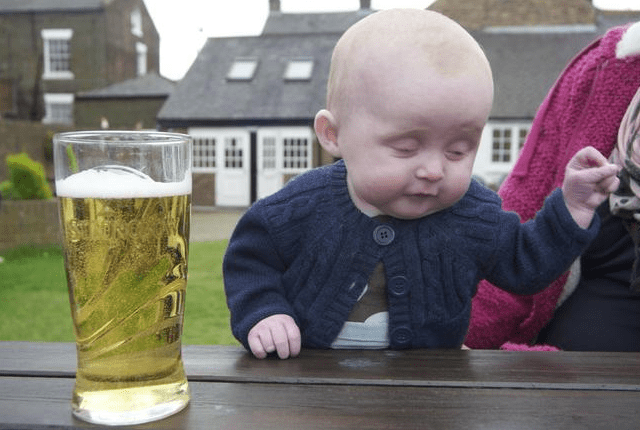 Thanksgiving, Christmas, Hannukah, Boxing Day. If it's a holiday, someone in your family will ruin it. But don't worry. There are plenty of racist, creepy and weird family members around the world worse than your own family. So here are some stories from Reddit about other people's horrible family members who ruined the holidays. You'll feel better about your own family after reading this. Or at least you'll feel less alone. Happy holidays!

So This Happened When She Was 11

“My step-uncle asked me under his breath, ‘Hey baby, wanna wrestle?” before nudging me… and giving me a wink. Being young and naïve, I figured he meant something along the lines of WWE, so I replied jokingly that there’s no way he could beat me. He smiled and said, ‘Oh, I think we’d both win.’”

Another Uncle With A Whooole Family Situation

“I had an uncle who was certified crazy. In and out of the hospital his whole life. Wrote rambling letters to the President etc. He had 3 kids my age and two my son's age. One son killed himself with a circular saw and one stabbed his mother to death. Third son is a self-made multi-millionaire.”

If You Think Your Mom Is Bad

“My mom [ruins] every special occasion. One year, she was so angry... that she tried to force me to eat raw eggs and cat feces for dinner. [When I was 6 she took] a present out of the closet, and [ran] it over with [her] car a bunch of times in front of [me].”

"[Holidays] will consist of my dad belittling everyone individually, talking over everyone then exploding in rage over something minor then telling us all to, "lighten up". Then he'll get comfortable and begin lecturing us on everyone he hates and why they're so screwed up... Ah the hellidays."

"My aunt poisoned my cousin.[my cousin] was admitted [to] the hospital, dying. after being in the hospital for a while where her mom couldnt poison her, she started to get better and [went] home. years later my aunt shaves her own head and says she has cancer [which she was faking]."

"I have [awful] Trash Family in NJ. The kids are over 30 and still live at home w/ no jobs. One is a furry, one is a meth head. The Furry has diabetes she leaves untreated. The Meth [head's] dad owned a nazi flag covered in nazi blood that my grandpa brought back from the war. Sold it for meth."

"Aunt and Uncle...act like they're in college. Last family gathering their 13 year old was [sneaking] alcohol... and was throwing up everywhere and [my Aunt's] response was he has to learn sometime as [he was] a wreck on the bathroom floor...She [then] refused to give him any Advil as punishment"

People Sure Do Love Cruises

"My uncle took his family on a cruise instead of to my wedding because my partner and I are queer,and it's a sin against God. Same uncle who [was] on the sex offender registry about 20 years ago for having a [relationship] with a minor while he was married to my aunt, who was pregnant at the time."

When Your Family Doesn’t Exactly Agree With Your Dream

"I'm a law student... and my Uncle asked what type of law I wanted to do, so I said 'I'm not sure, maybe something in environmental law or government.' My Uncle (who works for a factory) chimed in from the other side of the room with 'that means she wants to take our jobs...' Sigh."

“My Uncle is single retired and travels the world for prostitution. Thailand, TJ, Amsterdam he has been there.”

The Great Aunt (By Marriage) From Hell

"My uncle, an Evangelical pastor, will not look at my face at all. He'll stare straight at my tits the entire night and tell me I look just like his wife (my aunt on my mom's side) when she was younger. My sister and I have plans to save each other from him whenever he's around."

YOU Figure Out A Better Way To Get Carpool Lane Privileges

— “I’ve never actually met him, but my great uncle regularly drives around with a cardboard cutout of Marilyn Monroe riding shotgun.”

"[My younger brother] always get into a fight with someone in the family over nothing. It always devolved into screaming at the table, then a very awkward dinner. He'll not be present because he is currently dating our older brother's ex wife, who is not welcome at my mom's house. Lovely fellow."

This Feels Like It's Everyone Who Works For The IRS

"My uncle rob worked for the IRS. He kidnapped my great grandma, took her 4 states over and stole all her social security checks. She died of neglect and then my uncle stuffed her in his trunk and drove her 4 states back.I know he got fired but for all I know he could be dead in a ditch right now."

“My youngest aunt. 20 years of crack cocaine and she looks like uncle fester from the Adams family.”

My Family Pretty Trashy, But My Mom’s Cousin Takes The Cake

"[My mom's cousin] (trailer park, no license, mullet) [is] convinced that there's a global Jewish conspiracy that's out to [get him]. When he last got his licence suspended for DUI, he blamed it on the Jews because obviously a global cabal would care about a drunk from the middle of Saskatchewan."

"Aunt Mariam, who brings her "Lime jello, marshmallow, cottage cheese surprise" dish to our annual Thanksgiving family dinner and expects everyone to devour it. It's horrid - but she's unabashedly proud of it."

Why Is It Always The Uncle

And For Those Of Us Who Are Normal, It Isn’t All Great Either

"Just from reading the posts I'm breathing a sigh of relief for my normal family. I've got an uncle who can't go a sentence at the dinner table without a pun, a couple of homophobes in the extended family, and a grandpa who is a Fox News parrot, but other than that... "

This Ticking Time Bomb Of An Uncle

"Family get togethers involve [my uncle] not being invited but my grandma guilttrips us into [inviting him]. Everything goes smoothly until someone makes a comment that sets him off... [He starts] cussing everyone out, throws the food we’ve been cooking on the floor, punches a wall, and walks out."