Illegal Photos Of North Korea You Were Never Meant To See 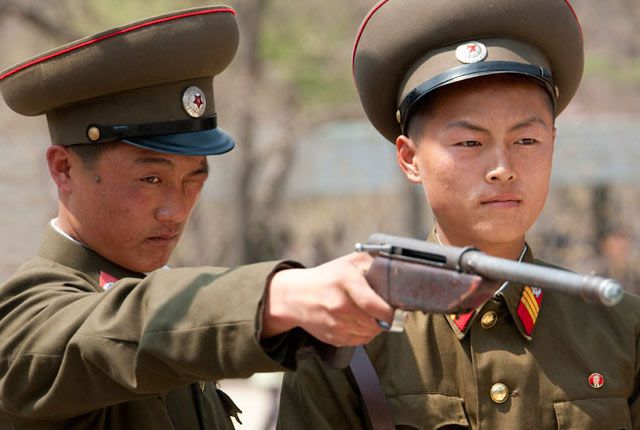 Photographer Eric Lafforgue has captured subjects across the world. And recently, he set his sights on one of the world’s most notorious places: North Korea. Lafforgue began taking his illegal North Korea photos in 2008. He visited the country six times since then. And each time, he sneaks his pics out of the country on memory cards. So you might think you know everything about North Korea. But not if you haven’t seen Lafforgue’s photos.

“This picture is not supposed to be taken as officials do not allow army pictures,” explains Lafforgue. Due to economoic woes, North Korea uses its soldiers as an ongoing labor force. “North Korean soldiers can be seen working in fields, farms, or on construction sites in many places, far from military exercises,” said Lafforgue.