Camila Villafane
A Canal in Paris Was Drained for the First Time in Decades and What Was Found Was Really Bizarre March 11, 2020Leave a comment 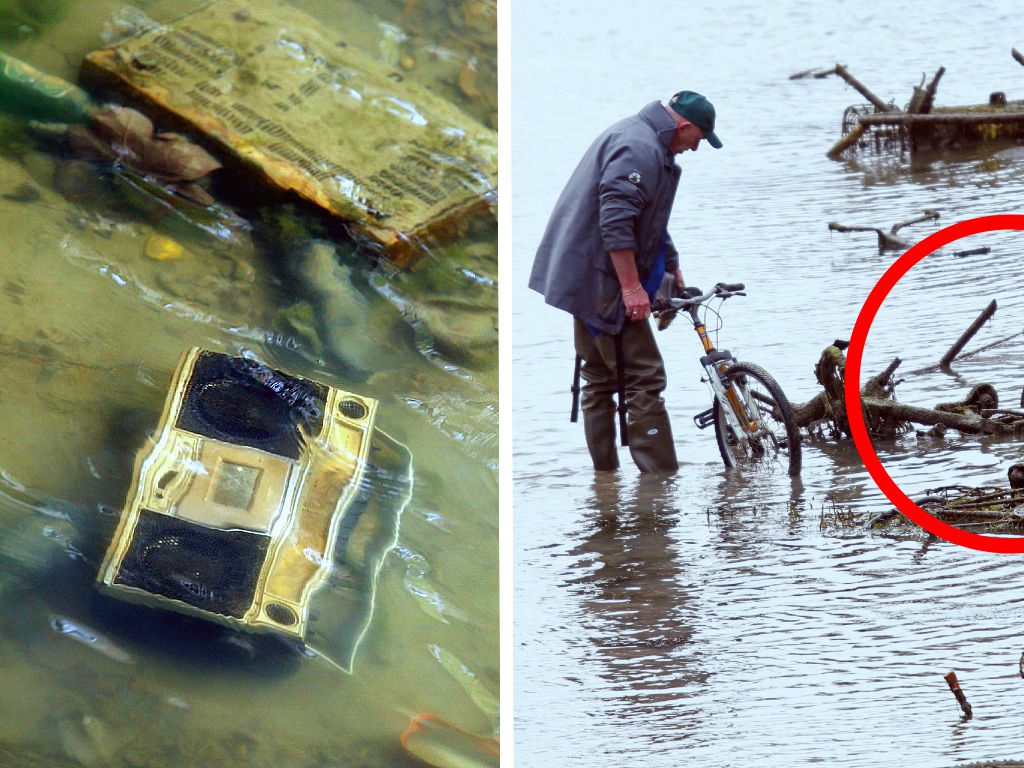 The Canal Saint-Martin in Paris, France, is one of the most historic sites in this beautiful city. But, Parisian authorities had no idea that there were hidden secrets buried under the water’s surface. And when they drained the canal after 15 years, they unraveled some unbelievable secrets from the past.

The Canal is Drained Every 15 Years

Every fifteen years or so, the city of Paris, France, drains the approximately 5-kilometer-long Canal Saint-Martin. But they hadn’t done this since 2001 and it soon became clear that it was time to do it again for the sake of the local businesses in the area.

In recent years, the area has turned into a hot spot for tourists and Bobos, a group of people with a bourgeois-bohemian way of life that are reminiscent of hipsters. New cafes, trendy bars, and quirky restaurants have also popped up in this region. But, attracting tourists wasn’t what Napoleon originally intended for the canal.

The Canal Was Paris’ Only Hope

In 1825, the canal, which was commissioned by the future French Emperor Napoléon Bonaparte, was finally completed and it had a purpose. In those days, Paris' population was growing exponentially, which increased the spread of diseases like cholera and dysentery. So, the canal became the city’s saving grace, and there are plenty of reasons for it.

Bonaparte hoped that the fresh water would diminish the spread of various diseases by keeping the streets clean. He funded the canal’s construction by imposing a tax on wine on the population, and soon, the great work began.

The Network of Canals Was Constructed

The network of canals included the Canal Saint-Denis, the Bassin de la Villette, the Canal del l’Ourcq, and last but certainly not least, the Canal Saint-Martin. Eventually, the networks led to the construction of something that changed the Parisian economy.

The Construction of Life-Altering Ports Began

The construction of Canal Saint-Martin led to the construction of two ports that allowed boats to enter the city to provide locals with building supplies and food. This gave Paris a leg up in the trading industry and helped push their economy forward. But the canal was almost destroyed a couple of decades back.

It Was Almost Turned Into a Highway

In the 1960s, city officials discussed the possibility of draining the canal completely, and filling it up so it could get paved over and turned into a highway. Fortunately, that didn’t happen and the lovely canal serves a different purpose today.

It Became a Tourist Attraction

Locals turned the banks by the canal into a cultural hub full of nightclubs where tourists often head to have a good time or walk to the nearby bridges to take some unforgettable selfies. But the influx of people has had an unfortunate side effect that no one had foreseen until the canal was drained.

Something Was Lurking Under the Canal

As the area around Canal Saint-Martin grew, people from far and wide started turning it into something that was the total opposite of what Bonaparte had envisioned all those centuries ago, and it was getting worse with each passing year.

The Canal Was a Treasure Trove of Mystery

When the canal was last drained in the early 2000s, workers discovered that the bottom had become some sort of time capsule full of discarded items. Some of them had no value, but others could have ended up in a museum.

Some Discarded Items Were Valuable

Among the various items found at the bottom of the canal were gold coins, two 75mm shells from World War One, and a couple of less interesting, but ultimately strange, items like washing machines. But this wasn’t the most unusual thing they found in the past.

People Dumped Vehicles in the Canal

Ever since the city started draining the canal, about 50 vehicles have been unearthed and pulled out. But what did they find that was so shocking when they went back to drain the canal in 2016?

The Workers Dove Into Their Work

Once they drained the canal, the workers went into the canal bed to start the clean-up effort. They knew it wouldn’t be an easy process, but it had to be done. Soon, the water was so low that some locals thought they were witnessing a miracle.

Locals Could Walk On Water

Locals found it unusual to see their precious canal drained as it was. In fact, some folks could literally walk across the canal without fear of drowning because the water was only ankle high. But if they knew what was lurking underneath the canal, they would've thought twice about stepping foot in these murky waters.

Mopeds and Bikes Littered the Canal

People had been throwing mopeds and bikes into the canal all these years, which remained buried under the water until the workers uncovered them. But there was a reason why these folks took such drastic actions with their vehicles.

Some Items Were More Recently Dumped Than Others

Some of the bicycles and mopeds had been there for quite a long time, while others appeared to have been thrown in a bit more recently. But most of the items seemed to have some sort of backstory to them.

The Items Had History

The workers had found items that were pretty old and full of history. They weren’t just discarded junk. They represented the city’s diverse history and also one of its latest developments.

A Bike-Sharing Service Was to Blame

Paris launched Vélib, the city’s largest bike-sharing service, which has a fleet of over 20,000 bicycles and 1,800 bicycle stations. The canal seemed to be plagued by Vélib bicycles. But that wasn’t the only thing the workers unearthed.

They Found Lots of Useless Items

Workers found a number of chairs, supermarket carts, dustbins, fire extinguishers and other items like umbrellas and even street signs. They also found a collection of items that posed a threat to local wildlife.

There Were Bottles Everywhere

There were lots and lots of water bottles in the muddy bottom of this iconic waterway, and some locals weren’t happy about this or any of the other junk that was discovered by the workers.

The Canal Has Become a Dustbin

A public sector worker who was present during the 2001 cleanup, told The Guardian, "The last time, I don’t remember seeing so much rubbish in it. I despair. The Bobos are using it as a dustbin." The worker was right about the canal being turned into a dustbin, because unlike previous times the canal was drained, it took a long while to clean it all up.

It Was a Three-Month Long Cleanup Process

It took an estimated three months to scour through the entire canal and remove every bit of junk that people dumped since the last cleanup. Even tractors were brought in to help with the cleanup process. So, it’s hard to imagine that anything could have lived in the canal during that time.

They Had to Save All the Fish

Before the workers started the cleanup process, they went in with long nets to catch the fish that were living in the canal. They didn’t have a lot of time, and they had to make sure all the fish were accounted for before they got taken to a safer location.

It Was a Costly Endeavor

The cleanup project was a costly one for the city. In the end, it set them back more than $10 million, but it was worth it to ensure that one of Paris’ most historic canals didn’t remain a waste zone. And when a politician noticed the project was getting tons of publicity, she saw a major opportunity.

A Local Mayor Urged People to Keep it Clean

Parisian deputy mayor Celia Blauel urged the local population to stop throwing things into the canal. And as an incentive, she explained that by doing so, the Canal Saint-Martin could be clean enough for people to swim in sometime in the near future.