An Autoimmune Disorder Left Her Paralyzed, Then She Stunned Her Doctors and the World

Karla Pavelka
An Autoimmune Disorder Left Her Paralyzed, Then She Stunned Her Doctors and the World November 27, 2019Leave a comment 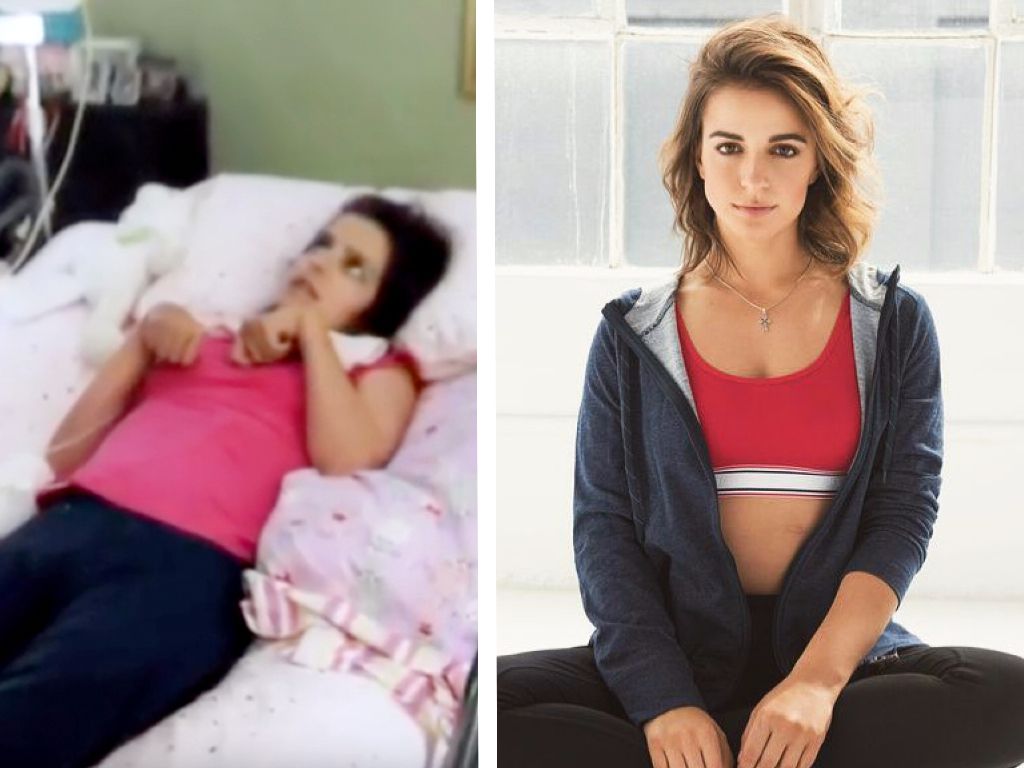 Something happened when Arlen was just 11 years old. First, there was a pain on her right side. It was severe. Her parents took her to the hospital. What was expected to just be a routine trip to the doctor proved to be anything but normal...

Unable to converse or move, Arlen had to find ways to spend the time. She kept her mind sharp by studying multiplication and listening to the voices in the room around her, but they had no idea that she could hear everything they were saying.

When Victoria Arlen was born, she was already a rarity. She was born a triplet. She and her two brothers started life in Boston, Massachusetts. The family then moved to Exeter, New Hampshire. What this small family didn't know then is that their daughter would grow up to inspire a nation.

Arlen was a very active child. She liked to dance. But what she really loved to do was swim. Her family described her as a "water baby." Her love for sports, and the water, would prove to propel her forwards later in her life, but only after she learned some incredible lessons.

Arlen had a dream. When she was five, her teacher asked what she wanted to do when she grew up. Arlen's response? "Win a gold medal." Arlen always knew that she wanted to accomplish incredible things and someday she would get to do that. To get there, she first had to overcome some incredible adversity.

But then something happened when Arlen was 11 years old. First, there was a pain on her right side. It was severe. Her parents took her to the hospital. What was expected to just be a routine trip to the doctor proved to be anything but normal...

Thinking it was her appendix, doctors removed it. But that didn't fix the problem. She started losing weight rapidly. And the pain didn't go away. Her trip was proving to be a medical abnormality that the doctors weren't prepared for.

Arlen got progressively worse. Her legs gave out. Her cognitive functioning went, too. Her fine motor skills disappeared as well. This certainly was not a normal case of appendicitis or anything that her parents expected when they brought her to the hospital.

There was swelling in Arlen's brain and spinal cord. The cause? Two rare autoimmune disorders. The disorders are transverse myelitis and acute disseminated encephalomyelitis. Both of these conditions cause abnormal inflammation. That inflammation can mess with the nerves of the spinal chord and lead to weakness, pain and paralysis.

Arlen fell into a vegetative state. Not only that, it seemed permanent. She would be a vegetable for the rest of her life. The doctors shared the news with her devastated parents.

But they didn't realize one shocking thing. Arlen could hear them from her hospital bed! She couldn't, however, say anything. "“I’m thinking I’m having a full-on conversation, realizing I can’t move my eyes, and I can’t move my head. And no one’s responding to me,” she said, looking back on that horrific moment.

Neither her parents nor her doctor knew that she could hear them. “The doctors were pretty much like, this was it. I wasn’t going to make it. And if I did make it, I’d probably be a vegetable the rest of my life,” she said.

But she wasn't aware the second she went into her supposed vegetative state. For Arlen, everything had gone dark in 2006. She became aware again in 2009. In between that time, Arlen said, “I was kind of like a ghost living in this shell of a human being.”

Unable to converse or move, Arlen had to find ways to spend the time. In her head, she wrote screenplays. She would listen to the television. She also practiced her times tables. It is incredible what the mind can do even when the body it's within fails.

Arlen was having seizures, so doctors gave her seizure medication. But something about it allowed her to regain partial control. Arlen said, "I had this moment where I realized I could blink, and I had eye contact." Her mother noticed. "She's like, 'If you can hear me, can you blink? Can you blink twice?' And I was like this crazy blinker. And she was like, 'Oh, my gosh! She's in there!' And my family realized I'd been in there the whole time."

But blinking was only the first step on a long, difficult journey. In her recovery, she needed to work with many therapists: speech, occupational and physical. "Slowly, I could say a few words and some more words. And I just kept going from there," she said. But there was one barrier she couldn't cross.

Arlen still could not move her legs. She was confined to a wheelchair. Despite being able to speak and move again, sadly, this was one barrier she was not going to cross. "I was told that I would be in a wheelchair for the rest of my life," she said. But even this seemed incredibly lucky considering her earlier prognosis.

Going Back to Her Passion

But, she could swim, if it weren't for one thing. She was afraid to. “The thought of going in a pool where my legs didn’t work and I didn’t have full trunk support terrified me," she said. Her brothers, William and Cameron, weren't having it.

They put a life jacket on their sister. Then they jumped into the water with her. Slowly, Arlen got over her fear. She began to swim daily. And this would be one of the best decisions she would ever make.

At first, swimming was difficult. The teenaged Arlen was being beaten by 8-year-olds. But she soon found her strength and began to enter competitions, leading up to trying out for the 2012 Summer Paralympic Games.

Arlen found a coach to help her. Then, she made it to Team USA. She would soon be going to the 2012 Summer Paralympic Games. She was on her way to achieving the dream that she told her teacher so many years before.

Arlen won an impressive three silver medals. That, however, wasn't her dream. On her last night of competition, it happened. She won gold. Just like she'd told her teacher she wanted to before this incredible ordeal occurred.

It wasn't just a victory for Arlen, but her whole family. From the podium, she could see her family crying. “It still makes me choke up that they were crying tears of joy,” she said. “And it was so powerful because for the first time in this whole journey, we weren’t crying tears of pain, tears of fear. We were crying tears of joy and we could celebrate. We could finally be like, ‘We’re OK.’ Things are going to be OK.”

But Arlen's journey didn't end there. She was still determined to walk. She wanted to join Project Walk, a promising therapy, but they didn't have a facility on the East Coast, where she lived. Arlen was used to overcoming barriers, however.

Her parents opened up a Project Walk in Boston, on the East Coast. But this recovery wasn't going to be a walk in the park. She had to do it for six hours a day. Not only that, but she only had a day or two to rest every week. She was in therapy for five or six days, every single week.

A Walk to Remember

But she did it! It was two years before she took her first step, but she did it. It did, however, take a lot of work to get there. “You can’t achieve the impossible without putting in an ‘impossible’ amount of work,” she said.

From Walking to Dancing

Not only did she walk— she danced. Arlen went on to compete on "Dancing with the Stars." Amazingly, she did this having despite no feeling in her legs. “It’s really hard to describe what it means,” she said. “There’s just nothing there. I learned how to walk without feeling my legs.” Arlen is a true rarity - from vegetative state, to Paralympian, to dancer. There really is no one like her.

Today, Victoria uses her athletic experience as a commentator on ESPN, where she covers sports events and interviews athletes like herself. She has also released a book about her incredible experience, proving that she can do anything she puts her mind to!