Weird International Holiday Traditions That Americans Have No Clue About

Camila Villafane
Weird International Holiday Traditions That Americans Have No Clue About November 27, 2017 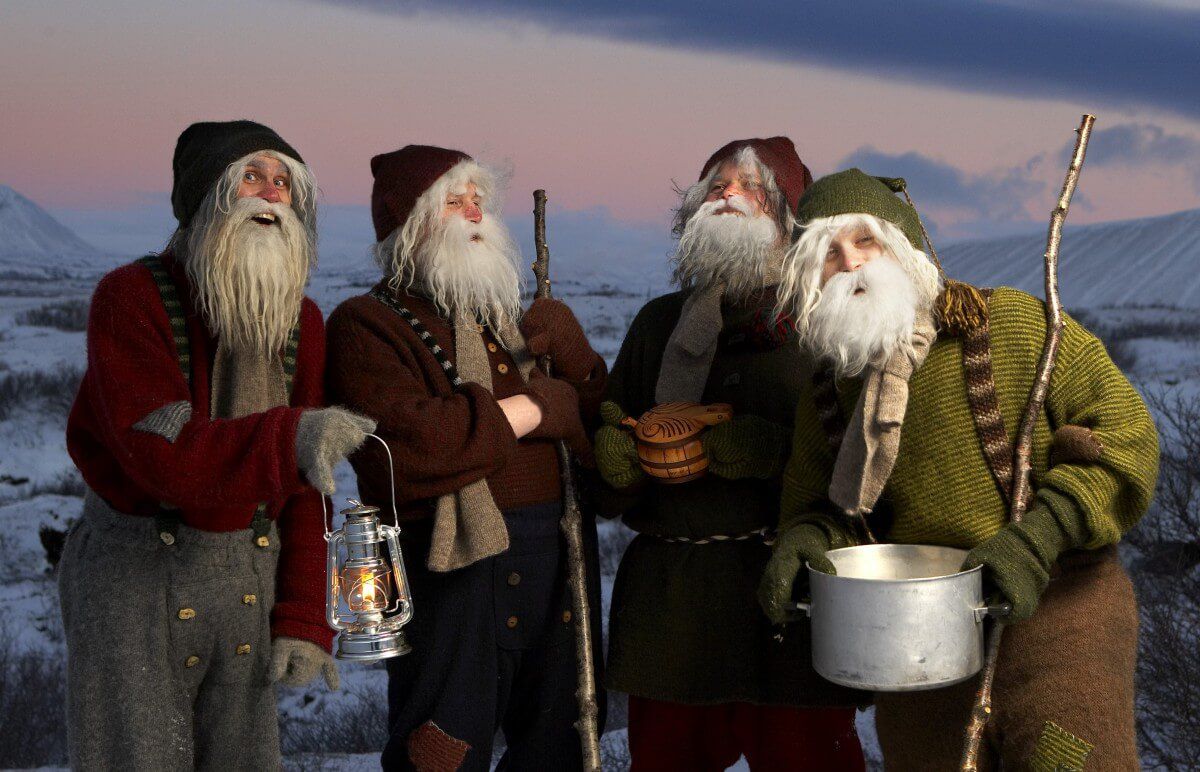 Countries around the world celebrate the holidays differently. So there are a lot of traditions that may be mysteries to you. Seems like roller skating or beating your friends with sticks wouldn't be part of Christmas. But you'd be wrong if you think that. And you thought your family traditions were weird. So here are some international holiday traditions that will blow you away.

In Scotland, Hogmanay, aka New Year's, is more important than Christmas. So, you can expect things to get loud. One of the traditions is known as First-Footing. Once it's midnight on Jan. 1, the first who visits a home is said to bring good luck for the whole year.

Krampus is the Anti-Claus who punishes kids who have been naughty, and he doesn't give gifts either. So, around the holidays, men will even dress up as Krampus and walk around frightening kids during Christmas. Yikes!

According to legend, two poor AF siblings left a bouquet of branches as a gift to Christ. Then the flowers began to miraculously bloom. Now the plants decorate Mexican homes and are known as Poinsettia.

It's tradition to visit the grave of your buried family members on Christmas Eve. Cemeteries and churches also hold services with hymns while families place lanterns and candles on the grave to remember their loved ones.

Of all international holiday traditions, Sicilians have one that's fishy AF. On Christmas Eve, they eat anywhere from seven to 13 seafood meals, particularly a dried and salted cod called baccala, as well as fried smelts and calamari.

In olden times, Zwarte Piet, or Black Pete, was Santa's African slave who helped him distribute gifts, and abducting bad kids and taking them to Spain, which for the Dutch was a bad place. Today, Black Pete still appears in blackface alongside Santa.

Wales – Caroling With A Dead Horse

From Christmas to the end of January, the people of Wales celebrate the Mari Lwyd, a ritual that brings good luck. Using a real horse skull, a person will dress up like a horse and with a group of people, go caroling. In exchange, they're given food and drink.

Bulgaria – The Cooking Of Nine Meals

The entire family gets together and spends the entire day cooking nine meals. At night, the eldest member of the family will burn frankincense to get rid of evil spirits. Then the family holds hands and pray while carolers drop by from time to time.

Guatemalans collect trash, sweep their homes and leave a mountain of trash on the street. Then they add an effigy of the devil and set it on fire. This happens around Dec. 7, and it's a cleansing ritual to purge negative energy for the holiday.

From Dec. 12 to 23, kids leave a show on their windowsill. According to legend, 13 Yule Lads will descend from the mountains and leave gifts in the shoes of good children. But bad kids only get a potato.

Consoada is a holiday dinner, which honors dead relatives and friends on Christmas Eve. In this case, one leaves an empty chair for the souls of the dead. The family will also leave leftovers on the table overnight for any restless ghost that might have an appetite.

After China's Shang Dynasty was kicked out, the leader of the Hung Kings decided which son would rule by holding a cooking contest. Lang Lieu's cake of Banh Chung won, so Vietnamese serve these on the first new moon of the calendar between January and early February.

Mummers parade around from door to door in the neighborhood during the yuletide season. They dressed up as all kinds of things like gypsies, zombies, and bears to ensure fertility of crops, livestock, and women, as well as to drive evil spirits away.

Ethiopians do Christmas by playing Ganna, a ball-and-stick game that is brutal and can lead to injury. According to locals, the shepherds in the Bible played the game when Jesus was born. There are no rules to the game, so, most times, no one scores.

On Dec. 8, this log, known as the Tio De Nadal, is placed at the start of the Feast of the Immaculate Conception. Basically, you feed it and keep it warm with a blanket. The log is also hollow so it comes off like the log is shitting the gifts out.

During Christmas, KFC sells over 240,000 buckets of its delicious crispy chicken to the masses in Japan. Customers must put their names on a waiting list to guarantee they'll have a bucket. We're guessing it's not Christmas without the Colonel.

In the Czech Republic, single women stand or sit on their porches with their backs to the door on Christmas Day. They toss a shoe over their shoulder and if the shoe lands with the toe pointing towards the door it means that the thrower will get married soon.

At the start of Christmas Eve, the head of a household will throw a spoon of Loksa. It's a Christmas dish made from filling, poppy seed, bread, and water, and hurl it up at the ceiling. The longer the stuff stays stuck up there, the better the crops.

The Brits celebrate the holidays by having two people pulling the end pieces of a cylindrical party toy about the size of an empty toilet paper roll, creating a cracking sound. Whoever keeps the center piece gets a toy, candies or a nice message.

In Caracas, Venezuela, people roller skate to church on Christmas morning. The night before, they tie a string from the skate to their big toe and leave the other string hanging out of the bedroom window. That way those who have slept in might feel a tug from a passerby.

Filipinos start singing carols in September, which lasts until the third Sunday in January for the Feast of Santo Nino. After midnight mass on Christmas Eve, folks spend all morning visiting their family in the Pagmamano ritual, to get a blessing from their elders.

In the Ukraine, people decorate their trees with spider webs, which is said to bring good luck. But we'd hate to see how someone that's arachnophobic deals with this holiday tradition.

Oaxaca, Mexico – Night of the Radishes

On Dec. 23, in Oaxaca, people carve radishes they've grown all year and display them in events related to Mexican folklore or the Nativity scene. The tradition was originally a way for store owners to increase traffic. Now it's a freaking three-day festival!

For the past 23 years, men and women had dressed as Santa all over the world and gathered around major cities like San Francisco. In Louisiana, they have a race of the Santas, similar to the battle of the bulls in Spain, except with people dressed as the Big Man himself.

The people of Norway take steps to prevent evil spirits from spoiling Christmas. So on Christ Eve, they hide their brooms. Apparently, there are plenty of witches roaming around the skies of Norway and lots of unswept floors around the holidays.

Rarely do international holiday traditions involve dressing up in disguises, changing their voices, cross dressing, and then going out and visiting the homes in the neighborhood. They sing, dance, and perform plays for this December festival.

French tables serve a roulade cake made of rolling layers of sponge cake in chocolate buttercream frosting to look like a yule log. Why? Because they're inspired by the pagan tradition of burning a log on a hearth through the Yuletide. They also add meringue mushroom caps too.