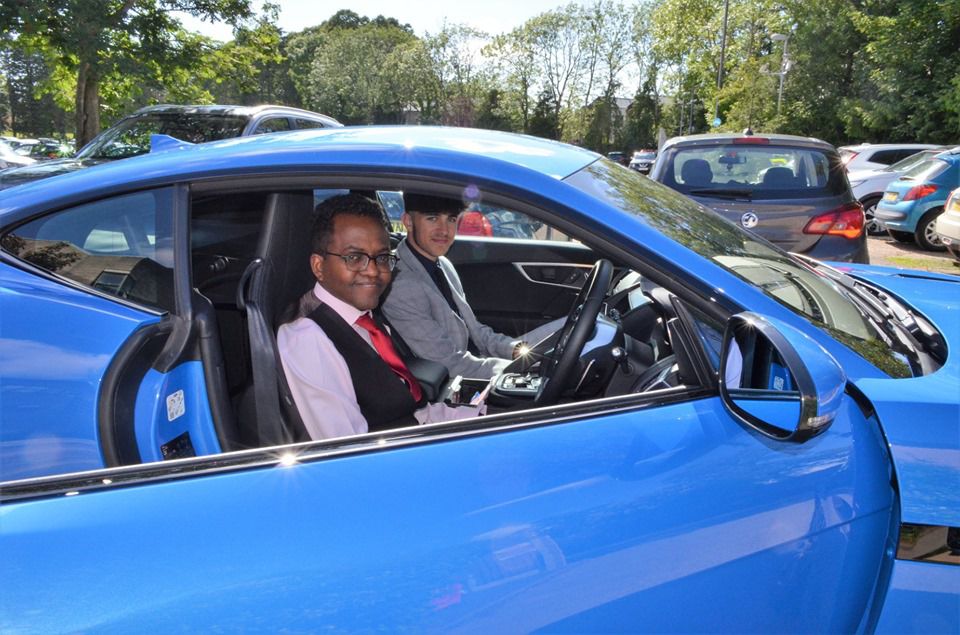 Prom is one of the most important moments in every high schooler's life. This party celebrates the end of an era for them, their golden years! This is why all high schoolers decide to dress in fancy clothes and have a good time at the party. However, a kid by the name of Olen Howden decided to take things to the next level and he asked a strange for a huge favor!

As previously mentioned, prom is one of the most important events in a teenager's life. Everyone wants to look good and to make a great impression at the party and this is why teenagers spend lots of money on fancy clothes.

Olen Howden is a normal teenager from the United Kingdom and he was starting to get ready for his prom. He has been saving money for a nice suit during this past couple of months and he was ready to finally pick one.

It didn't take long for Olen to find a nice suit and without giving it any second thought, he decided to spend all his savings on it. However, there was one last thing that the teenager needed to do.

Olen wanted to ride in style at his prom party. Unfortunately, he couldn't afford to spend money on a limo or even to rent a car. His only options are to carpool with his friends or to take a taxi.

As Olen was coming back home from school, he saw a really cool looking car parked in front of a hospital. It was a blue Jaguar F Type and Olen couldn't help from imagining how awesome it would be if he could come with this car at his prom.

We think it's safe to say that this blue Jaguar is the dream car of all teenagers. On the downside of things, Jaguars are not known for being affordable.

Olen really wanted to drive to his prom in the blue Jaguar F Type and he decided to do something spontaneous. He wrote a message and left it on the windshield of the car's owner.

The sportscar is owned by Dr. Marwan Bukhari who actually works at the hospital the car was parked in front of. As the doctor was coming out of his night shift, he noticed the note left on his windshield.

The note left by Olen was telling Dr. Marwan Bukhari that his car is amazing and asking him if he would be willing to drive Olen to high school.

Dr. Marwan Bukhari read the message and he couldn't stop him from thinking about his own teenage years. He also didn't have a cool ride to take him to prom and he felt for Olen.

Dr. Marwan Bukhari realized that driving a car as his Jaguar F Type is every kid's dream and he decided to do something amazing. He called the number that Olen wrote on the note.

Olen remembers to this day that he couldn't believe who was calling him. It was the owner of the Jaguar F Type telling him that he is going to take him to prom!

Dr. Marwan Bukhari got together with Olen and took him to prom. No one could believe that Olen arrived in such a nice car and everyone was impressed.

Olen's dream of driving the Jaguar F Type to his prom came true and it is all thanks to the fact that Dr. Marwan Bukhari decided to do a good deed.

Olen's family was so impressed by the good doctor that they decided to repay his good deed with another one. The kid's family donated a nice sum of money to a hospital charity that Dr. Marwan Bukhari was running.

This is such a wholesome story that it went viral as soon as Olen posted the pictures of him driving the blue sportscar. Thousands of people have liked and shared the pictures ever since.

Dr. Marwan Bukhari hopes that this story is going to serve as an example to all other kids that if they study and work hard, then they are going to have everything they want, including a blue sportscar.

If there is something that we can be sure about, then it has to be the fact that Dr. Marwan Bukhari is a great man. Don't you agree?

What we can take from this story is that dreams do come true. Olen took a risk by placing the note on the car's windshield and it all paid off in the end.

Let's hope that this story gets to all the kids who need a role model in their life. Dr. Marwan Bukhari is a great role model and there is no doubt about that.