Camila Villafane
These Death Row Inmates’ Creepy Last Words Will Chill You To The Bone October 9, 2017 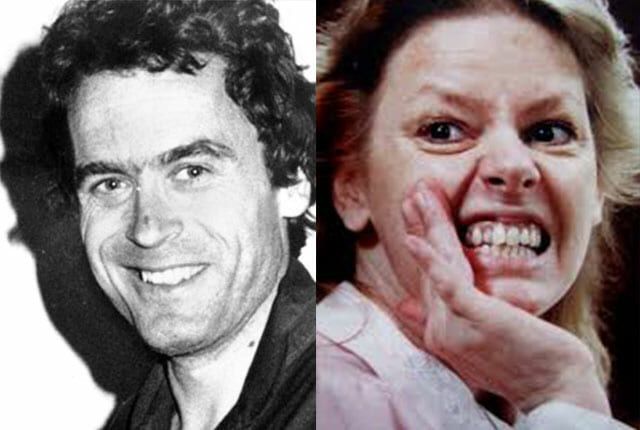 There's never been any shortage of serial killers around the world. But you'd think that with all the pain, suffering and evil they've done, they'd have some sense of remorse and say something like "sorry" when they're about to get executed. But here's what these murderers had to say seconds before dying. Some of last words of death row inmates are as chilling as their crimes.

George Engel was one of three people involved in the Haymarket Square bombing in Chicago, Illinois, on May 4, 1886. The anarchist and labor union activist said "Hurrah for anarchy! This is the happiest moment of my life." It was also his last when he was hanged on Nov. 11, 1887.

Off With His Head

Peter Kurten, aka The Vampire of Dusseldorf, hadn't just raped and killed nearly 60 people in Dusselfdorf, Germany. He also drank their blood. His final words before losing his head in a guillotine on July 2, 1931 were, "Tell me. After my head has been chopped off, will I still be able to hear, at least for a moment, the sound of my own blood gushing from the stump of my neck? That would be a pleasure to end all pleasures."

Carl Panzram was a burglar, a rapist, an arsonist and serial killer who confessed to having killed 21 people between 1915 and 1929. Just before being hanged on Sept. 5, 1930, he said, “Hurry it up, you Hoosier bastard! I could hang a dozen men while you’re screwing around!”

On May 25, 2010, John Avalos Alba, 54, was executed after shooting his wife to death while out on bail for child molestation charges in Collin County, Texas. As he lay ready for the injection, he said, “OK, Warden, let’s do it. I love y’all. I can taste it already. I am starting to go.”

Turn Up The Radio

American-Scottish serial killer Peter Manuel murdered seven people from Lanarkshire to Southern Scotland between 1956 and January 1958. He was hanged on July 11, 1958, but before he went, he said, “Turn up the radio and I’ll go quietly.”

Ted Bundy kidnapped, raped, murdered and performed acts of necrophilia on more than 30 victims in multiple U.S. states during the '70s. Before being given the chair on Jan. 4, 1989, he had a kind request: “I’d like you to give my love to my family and friends.”

Jimmy L. Glass killed Newton Brown and his wife Erlene Nealy Brown in December 1982, after escaping the Webster Parish, Louisiana, jail. But he was electrocuted on June 12, 1987, shortly after saying, "I’d rather be fishing.”

Roger Keith Coleman was electrocuted on May 20, 1992. With his last words, he said, “An innocent man is going to be murdered tonight. When my innocence is proven, I hope Americans will realize the injustice of the death penalty as all other civilized countries have.”

Sports Enthusiast Till The End

In 1988, Robert Comer was executed by lethal injection for the 1987 murder of his neighbor, Larry Pritchard, in Florence, Arizona. The condemned killer and rapist wanted to do one good thing before he died, so he cheered his sports team on with his final words: “Go, Raiders!”

Erkshine Childers was an Irish patriot rebel who smuggled guns to Ireland. Unfortunately, the Irish Free State saw him as a threat, and executed him by a firing squad on Nov. 24, 1922. His final words were, “Take a step forward, lads. It will be easier that way.”

James Jackson was executed by lethal injection on Feb. 7, 2007. His parting words were, “See you all on the other side. Warden, murder me … I’m ready to roll. Time to get this party started.”

As a nurse, Amelia Dyer was believed to have murdered over 400 children in a 20-year span in Victorian Britain in the late 1800s. Before being hanged on June 10, 1896, she simply said, "I have nothing to say.”

Barbara Graham, aka Bloody Babs, robbed and killed 64-year-old Mabel Monohan in March 1953 in Burbank, California. She was executed in the gas chamber on June 3, 1955 shortly after saying, "Good people are always so sure they’re right."

Dancing With The Reaper

Charged in connection with the death of two teenage boys in San Diego, California, in 1978, Robert Alton Harris was quoted as saying, "You can be a king or a street sweeper, but everyone dances with the Grim Reaper,” before being executed in the gas chamber on April 21, 1992.

Film actor Gary Gilmore turned into a killer after murdering Max Jensen and Bennie Bushnell on July 19, 1976. But shortly before his execution on January 17, 1977, he faced death head-on and said, "Let's do it," before a firing squad took him out.

Leonel Herrera killed David Rucker and Enrique Carrisalez, two Texas cops, on Sept. 29, 1981. Before his May 12, 1993 execution, he said, “I am innocent, innocent, innocent. Make no mistake about this. I owe society nothing. I am an innocent man and something very wrong is taking place tonight.”

Between 1972 and 1928, John Wayne Gacy raped and killed 33 boys and men in Cook County, Illinois. He was executed on May 10, 1994 by lethal injection, but not before expressing his profound remorse with this final statement: "Kiss my ass."

I Want My Mommy

Clarence Lackey was no angel. He raped, beat and slashed Toni Diane Kumph on July 31, 1977 in Tom Green County, Texas. But there was still one woman he could never stop loving, and he had this to say before he received a lethal injection on May 2, 1997: "I love you, Mom."

John Rook ran over Anne Marie Roche, a hospital nurse, with a car in Wake County, North Carolina, on May 12, 1980, but not before raping her. He was quoted as saying, “Freedom, freedom at last! It’s been a good one,” before being executed by lethal injection on Sept. 19, 1986.

Domestic terrorist Timothy McVeigh killed 168 people on April 19, 1995, when he used a truck loaded with bombs to bring down the Alfred P. Murrah Federal Building in Oklahoma City, Oklahoma. Before being executed on June 11, 2001, he said, “I am the master of my fate. I am the captain of my soul.”

Francis Crowley made a career out of crime and killing, which lasted only about three months before NYC police ended his reign in May 1931. He was executed by the electric chair on Jan. 21, 1932. But his final statement was one of insult and love: “You sons of bitches. Give my love to Mother.”

John Spenkelink was convicted of shooting and killing the elderly Joseph Szymankiewicz in Tallahassee, Florida, in 1973. He got the chair on May 25, 1979, and clearly had no redeeming qualities when he said, “Capital punishment: Them without the capital get the punishment.”

Between 1989 and 1990, Aileen Wuornos killed seven men in the Florida. Before her execution on Oct. 9, 2002, she said, “I’d just like to say I’m sailing with the rock, and I’ll be back like Independence Day, with Jesus, June 6th. Like the movie, big mother ship and all. I’ll be back.”

Appel Of Your Screams

George Appel was convicted of killing a cop in New York City in 1928. The court sentenced him to death that same year. But if Appel had any remorse, he didn't show it in his final statement: “Well, gentlemen, you are about to see a baked Appel.”

James French had killed a motorist who picked him up on the side of the road in 1958 in Utah. He later killed his cellmate, which led to his electrocution. But before that, he showed he had a wicked sense of humor with his famous last words, "How’s this for a headline? 'French Fries.'"