These People Unknowingly Had Critters Living Inside Their Bodies

Camila Villafane
These People Unknowingly Had Critters Living Inside Their Bodies September 27, 2019Leave a comment 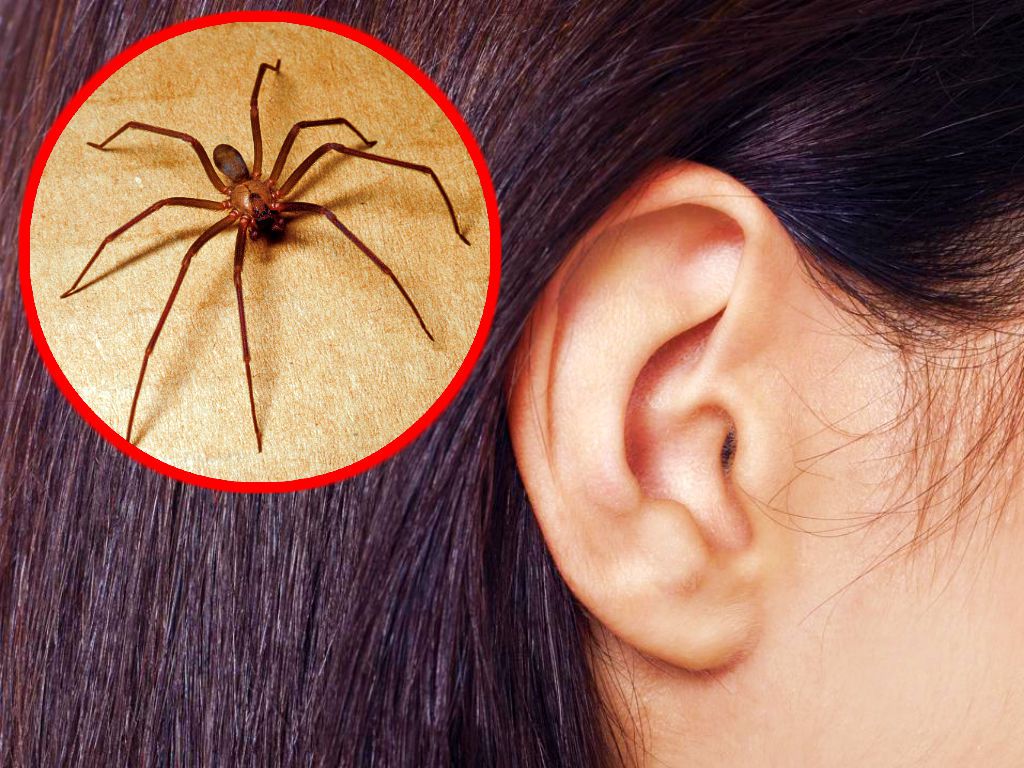 The human body is a wondrous biological machine. But it can also be mysterious and extremely weird, especially when doctors discover some unusual things growing or crawling around inside. Here are a couple of terrifying examples that will have you running to the ER to get an MRI.

Botfly Larva in His Eye

A 17-year-old Peruvian boy’s eye had been swelling for weeks. When doctors took a look, they found botfly larva growing inside it. Doctors removed the larva by coaxing it out with basil leaves and then they used tweezers to remove the whole thing completely.

Sweat Bees in Her Eyes

Insects flew into the eyes of a 28-year-old Taiwanese woman named Ms. He while she was pulling weeds. After going to the hospital, Dr. Hong Chi Ting of the Fooyin University Hospital discovered 4mm Sweat Bees had been living in her eyes. But he was able to remove the insects by pulling them from their legs.

Parasitic Twin Inside Him

One night in June 1999, Sanju Bhagat’s stomach had grown so big he couldn’t breathe. So, he went to the hospital. Dr. Ajay Mehta thought it was a tumor, but when he cut Bhagat’s stomach, he discovered a partially formed human. It turns out he had a parasitic twin brother inside his stomach since the day he was born. It was removed and he’s fully recovered now.

Maggots in His Ear

An unknown man from India went to Doctor Vikram Yadav because there was a buzzing sound in his ear. It turns out it was maggots. So, Yadav suffocated them and got them to exit the ear. Then he took them off one by one as they tried to leave.

57 Maggots in Her Ear

92-year-old Catherine McCann had Alzheimer’s disease and 57 maggots living in her left ear. The staff at the Lutheran Home for the Aged in Arlington Heights, Illinois, had originally assumed it was nothing but wax buildup. Fortunately, they were able to remove the maggots in surgery.

Squid Sperm in Her Mouth

In June 2012, an unnamed 63-year-old woman ate improperly cooked squid in South Korea. As she bit into the creature, she felt something prick the inside of her mouth. After going to the hospital, she learned that pods of squid semen had impregnated her mucous membrane. But doctors were able to remove all twelve sacks of sperm.

Blood in Her Urine

76-year-old Hana Foldynova from Czechia was admitted to a hospital when her doctor found blood in her urine. Surgeons operated immediately to remove what they assumed was a blood clot. It turns out that they were wrong.

Tapeworm in Her Body

The doctors discovered a 4-inch tapeworm inside of one of Foldynova’s kidneys and another one in her bladder. They assumed she was infected when she ate undercooked fish. Sadly, because of her advanced age, Foldynova passed away shortly after the surgery.

Tapeworm in His Brain

An unnamed 50-year-old Chinese man suffering from horrible headaches went to a hospital in the United Kingdom. An MRI didn't show anything, but four years later, they examined him again and found a tapeworm in his brain. It was surgically removed, and the man’s symptoms disappeared.

Fish in His Urethra

A 14-year-old boy went to the hospital because of bladder pain. An ultrasound discovered an object was blocking his urethra. So doctors performed surgery and that’s when they found a 2-centimeter-long candiru fish lodged in his bladder. He had allegedly been holding the fish while he was urinating and it somehow entered his urethra.

Fir Tree in His Lung

Artyom Sidorkin from Russia was suffering from chest pain and doctors believed it was a tumor. But when they performed surgery on him, they found a 2-inch-long fir tree growing in his lung. They assumed he inhaled a fir seed while he was in the woods training in the army.

A Snail in His Knee

A 4-year-old boy named Paul Franklin had a spot on his knee. So, his mom, Rachel tried popping it after antibiotics had failed to get rid of it. It turns out that the tiny black object was a sea snail. The snail egg supposedly got stuck under the boy’s band-aid and burrowed into him with its tongue.

Fish in His Lung

In June 2012, a 12-year-old boy named Anil Barela swallowed a nine-centimeter fish while in the river in India’s Khargone district. When doctors performed a bronchoscopy, they found the fish was still alive. But it probably didn't last long after it was surgically removed from the boy’s lung.

Dandelion in Her Ear

A 16-month old girl known as Ranran was taken to a Beijing hospital because she was crying and scratching her ear. Doctors discovered a seed had fallen in there four months earlier and had grown into a dandelion. It was removed and thankfully, there was no permanent damage.

Eel in His Colon

A man from China’s southeastern Guangdong province went to a hospital after inserting a 20-inch-long Asian swamp eel inside his anus. The eel ate its way through his colon and penetrated his large intestine. So, he had to go under the knife to have the creature extracted.

Tick Underneath Her Skin

Joshua Zeichner, a New York City dermatologist had an elderly patient come in to check a mole on her skin that kept changing. When Zeichner took a closer look, he noticed it was moving. It turns out that the mole was a tick underneath her skin, which he removed right away.

Eel in His Urethra

In 2011, 56-year-old Zhang Nan from China paid for a spa treatment that involved lying in a pool to allow eels to nibble the dead skin from his body. But he was horrified when one of the eels went up his urethra. He tried to stop it, but it was too slippery. He was taken to the hospital and after three hours, the six-inch eel was removed.

Spider in Her Ear

Li Meng heard scratching sounds for days. But the noise was followed by pain in one of her ears. So, she went to the Xiamen Hospital of Traditional Chinese Medicine. That’s where doctors found a live spider resting on her eardrum and weaving its web. With the help of medication, they were able to excise it.

Roach in His Ear

In 2014, Hendrik Helmer from Australia felt pain in his ear. After attempting a few home remedies, he went to the hospital. The doctor poured olive oil into his ear, which drowned the creature inside. After it was removed, doctors learned that it was a 2-centimenter-long cockroach that was to blame for the pain.

Tape Worm in His Intestines

In 2006, Anthony Franz went to Shaw’s Crab House in Chicago, Illinois, and ordered himself a salmon salad. But he unknowingly ingested a tapeworm. Then he got very sick and went to the hospital. Eventually, doctors found it and removed a 9-foot-long tapeworm from his intestines.

Pea Plant in His Lun

In August 2010, Ron Sveden from Massachusetts suffered a collapsed lung and was taken to the hospital. He was afraid it was lung cancer, but a couple of x-rays confirmed that he had a half an inch sized pea plant growing inside one of his lungs.

Raccoon Worm in His Retina

In 2010, John Matthews from Cedar Rapids, Iowa, went to an eye specialist after experiencing issues with his vision. Doctors discovered a raccoon worm wiggling around and eating his retina. So, they used a laser to exterminate the parasite before it was too late.

Brown Recluse Spider in Her Ear

Susie Torres from Kansas City, Missouri, thought she was hearing water in her left ears. But a medical assistant was stunned to find there was a bug inside. Doctors removed a venomous brown recluse spider the size of a dime. Now she sleeps with cotton balls in her ears, so it doesn’t happen again, and we definitely feel her.

Line on His Torso

Australian tourist Dylan Maxwell assumed he was bit in the stomach by a bug while in Bali. But when a red line grew from his belly button all the way up above one of his nipples, he went to the hospital to discover what was causing it.

Spider in His Belly

At first, Maxwell received antihistamines for what they assumed was an insect bite. But it didn’t help, so he went back to the medical center. After a couple of tests, they discovered a spider had burrowed inside of him through his appendix scar. But he had to fly back to Australia to have it removed.