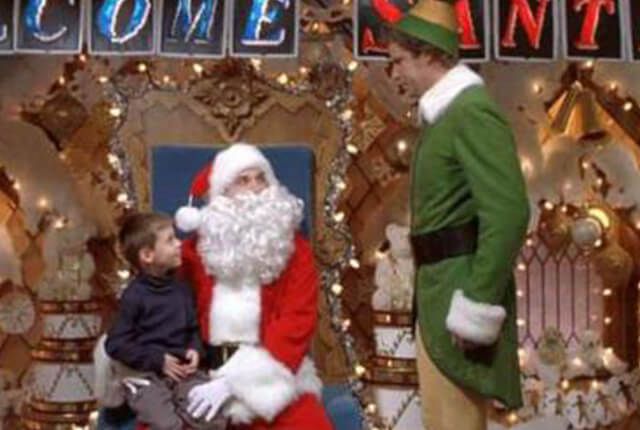 Collecting a photo album of pictures with mall Santas is a rite of passage in every childhood. But did you ever wonder about what Santa's job is really like? Because between dealing with kids and taking care of that trademark beard, mall Santas have some crazy stories to tell. So here are the most surprising behind-the-scenes mall Santa secrets.

All Santa schools train their Santas over the course of a few days in everything from ethics and answering tough potential questions from kids to the proper way to do that classic Santa ho-ho-ho.

Remember when the Pigeon Lady in Home Alone 2 told Kevin, "Don't make promises you can't keep"? Mall Santas follow this rule. They may ask children what toys they want for Christmas, but they never make any guarantees in case those items don't end up under the tree.

Obviously to be Santa, you have to not only tolerate children, but really love them. You're talking to them all day – the cranky ones, the fussy ones, the ones who sneeze on your face with no regard – and you cannot discipline them, so patience is of utmost importance.

Mall Santas may be inducted into the International Santa Claus Hall of Fame, "an ongoing project to preserve the historical documentation of the many men and women who have greatly contributed to the Legend of Santa Claus."

Sometimes parents can be nightmares. From taking too long to get their child through the line, to sitting back and waiting for Santa to discipline their kid to being plain mean when their little boy or girl won't smile for the photo, mall Santas have seen it all... and they don't like it.

With the territory of holding kids on one's lap all day comes the possibility of one of them slipping, falling or otherwise getting hurt. To prevent being sued for all they're worth, many mall Santas have insurance policies.

Sometimes, mall Santas are paid by their quota, so they may rush things along to make more money.

Mrs. Clauses also have an important role. Sometimes, little kids are scared of Santa: he's big, he's hairy and he's got a bright red outfit. Stranger danger! It helps to have Mrs. Claus around as a grandmother figure to help the children feel comfortable.

You've probably never bumped into Santa at the urinal in the food court restrooms, right? That's because some mall Santas have private dressing rooms with their own bathrooms. If they don't, Santa is usually careful to choose the least-used public restroom available.

Hands Where You Can See Them

Mall Santas are trained to keep both gloved hands visible at all times, which is actually a very important rule to both keep parents' concerns at bay and prevent any potential dangers (which, fortunately, seem to have a VERY low occurrence).

Good hygiene is very important to Santa, especially since he's close to children all day. Santas carry breath mints around with them to make sure they're fresh as a candy cane all day. Some Santas even add special touches, like peppermint oil in their beard to keep things clean and extra jolly.

All Alone on Christmas

While mall Santas bring holiday cheer to thousands of people per season, they are often away from their own family and loved ones on Christmas Eve and Christmas Day, sometimes even taking jobs out of town.

[dx_custom_adunit desktop_id="RTK_K67O" mobile_id="RTK_5yk0"]
Santa is known for being pleasantly plump, but most Santa schools teach their trainees to stay active and eat healthy to stay in tip-top shape to keep up with all their kids. If Santa gets a little too svelte, padding in his suit is always an option.

Christmas may be a Christian holiday, but mall Santas come from every faith. Long Island's Frank Pascuzzi from the documentary "I Am Santa" is Jewish. He dyes his hair and beard white every season and (red) suits up because he loves working as Santa.

Santas who can't grow real beards are at a slight disadvantage. They may pay as much as $3,000 for high-quality fake beards. Others who can grow real beards may have to bleach theirs multiple times to get the right shade of snow-white.

[dx_custom_adunit desktop_id="RTK_K67O" mobile_id="RTK_5yk0"]
Mall Santas recognize the importance of their role in making a child's day, and many go the extra mile. If a child seems very upset or like a bit of a lost soul, Santa may spend extra time with them, reassuring them that everything will be okay.

More and more often, malls are finding that Santas of various ethnicities are in higher demand. Many Santas are also trained in basic sign language and encouraged to learn basic Spanish to be able to communicate with as many children as possible.

Some malls offer sensory-friendly meet-and-greet experiences so children with autism can interact with Santa in a comfortable environment.

Most mall Santas have attendants to escort them to and from their post so no crazed Santa fans mob him.

One mall Santa named Brady White makes $5,000 per appearance. He travels the world modeling as Santa with companies like Cartier. He says, "People can work six months and not make what I make in four hours."

Just like any mascot or character performer, mall Santas sweat... a lot. Think about it: they're wearing a heavy suit, a hat, gloves and they either have a giant real beard or a giant fake beard. Poor Santa's gonna need a lot of milk to rehydrate.

[dx_custom_adunit desktop_id="RTK_K67O" mobile_id="RTK_5yk0"]
Outside of work, Santas can often recognize each other, and they have a special way to communicate. To bond with another street-clothes Santa, one may go up to the other and asked if he's been good this year, or he may refer to the other as a "Brother In Red."

For Santas, the job never stops. If the men have real beards and are naturally round in real life, they  are always careful to behave as Santa would in public in case children are watching. Some avoid wearing red outside of work or don't drink in restaurants for this very reason.

They Love Their Job

Mall Santas love what they do. The money is decent, the role is fun, but mostly, mall Santas cite the glowing look on children's faces as their favorite part of the job.