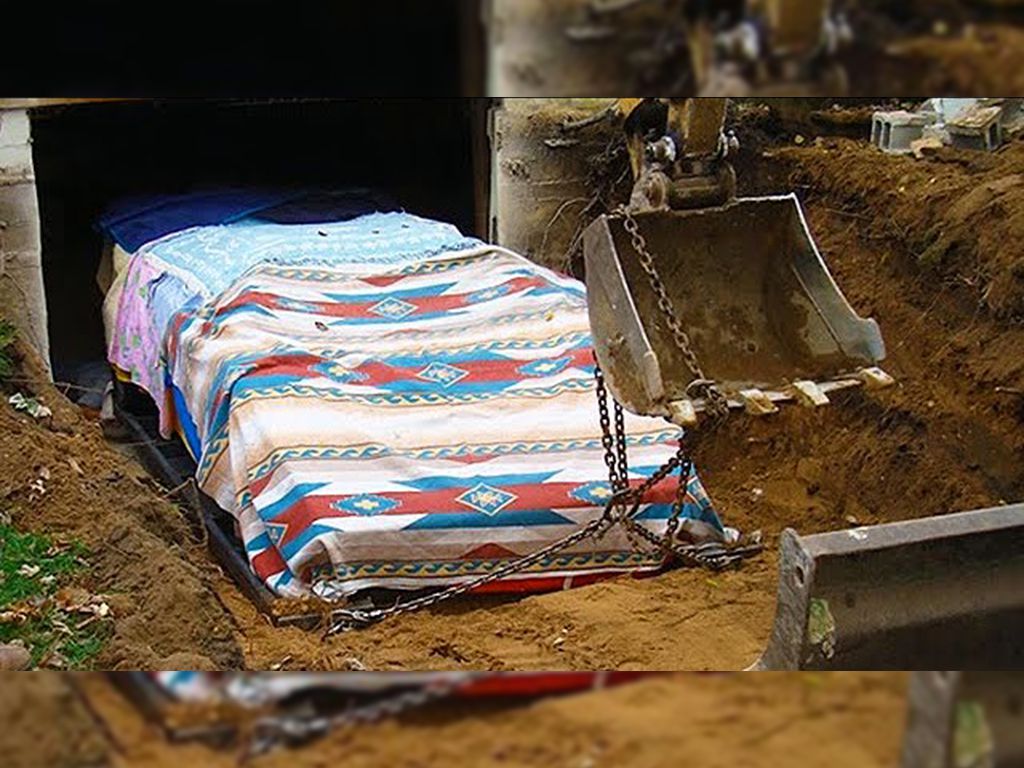 Movies have the power to inspire people to do some pretty interesting things. Some of those things can be totally bonkers or dangerous stunts. But sometimes they can push people to create something marvelous.

Just ask a Milwaukee man named Ken Imhoff who saw the 1981 film “The Cannonball Run” and was inspired to build the perfect Lamborghini in his basement...

Ken Imhoff was born in Oxford, England, when his father was in the Air Force. Once his dad completed his assignment, the entire family moved back to the United States and settled in Milwaukee, Wisconsin where Imhoff's love for cars grew stronger.

He Has Loved Cars Since He Was a Kid

As you can see from this 1958 photo, Imhoff loved cars from a very young age. His father made this sports car chassis that he used to pretend to drive. His love for motor vehicles became stronger over the years. But there was one car in particular that he loved most of all.

It Was Love at First Sight

Years ago, Imhoff was watching the 1981 film, “The Cannonball Run” starring Burt Reynolds. The film was about a team of competitors that participate in a wild and highly illegal car race across America. The drivers used every dirty trick in the book to become the ultimate winner. But it was one car in particular that later sent Imhoff on a 17-year mission.

The Lamborghini Countach was one of the vehicles featured in “The Cannonball Run.” It was slick, slim and futuristic. The design really blew Imhoff's mind. The memory of the vehicle continued to haunt him years after he’d seen the film. He just couldn't get it out of his head!

He Wanted to Make His Fantasy Car Into a Reality

Almost a decade had passed since he had seen the Lamborghini Countach on his TV screen, and after giving it much thought, he was finally ready to turn fantasy into reality. He could have saved up some money to buy one, but he had an even bigger idea in mind.

He Intended to Build His Own Lamborghini Countach

Imhoff wanted to build a Lamborghini Countach from scratch. So, he set up camp in his basement and ventured out on a project that was a bit more challenging than he had anticipated. The process wound up costing lots of money, a few headaches, and plenty of time. Fortunately, he had tons of experience working with metal.

He Had Some Serious Engineering Skills

Imhoff was a pro when it came to metal welding and engineering, but for the technical aspect of building a car, that skill wasn’t enough. It took a lot more to build such a powerful vehicle. Fortunately, he had one important skill and a place to work on his project.

He Chose the Basement Over the Garage

He could have opted to work on his car in the garage but he felt that the basement would protect the vehicle from the harsh winter conditions. This also meant that he could save some money by not having to use the heat in the garage since the basement was already warm.

He Built a Wooden Frame

The project started in September 1990, but it took 17 years, not to mention thousands of dollars, to complete. Imhoff’s first step required him to use a 1:16 scale model to build himself a wooden frame. This helped him measure the shape of the car's body panels.

The Panels Were Formed By Hand

With a little help from a forming tool called an English wheel, Imhoff was able to form the car’s panels by hand using aluminum, but it was time consuming. In fact, it took almost a year to create panels to cover the entire frame.

It Was a Major Hands-On Job

The process of manipulating the metal into the shape of the vehicle was done by eye and feel. So even with the help of the English wheel, the process was incredibly complicated. The doors were more difficult, so he saved that job for last. But things didn’t always go as planned.

There Was a Lot of Trial and Error

Despite his knowledge and fierce determination, Imhoff discovered that building a car was a learn-as-you-go kind of experience and he made a few mistakes here and there, like when he warped the panels by accident. And once the panels were done, it was time to build the frame.

He Built a Frame for the Chassis

The next thing Imhoff built was a frame out of five-and-a-half-inch blocks so he could hold the chassis in place and ensure that the height remained consistent. This was a very important step that needed to be done before Imhoff could work on the vehicle’s body.

Getting Everything to Align Was Important

He managed to build the oh-so difficult body and upper frame on the support with the chassis. But getting everything to align perfectly was often a nightmare. Fortunately, he was able to make it work and he couldn’t have been prouder with his end result.

He Was Proud of His Work

On his now-defunct website, Bull in the Basement, Imhoff shared how proud he was of the work he had accomplished on the chassis, aluminum body, as well as the inner workings of the vehicle like the muffler. But unlike most cars, this Lamborghini needed not one but two special engine parts.

He Needed Radiators to Keep the Car Cool

Sportscars tend to heat up fairly quickly, so Imhoff had to install two radiators to keep the engine cool. He placed one on each side of the vehicle so that air from the side scoops would enter them easily. But the bodywork of the car was a lot of work, too.

Multiple Layers of Bodywork Were Needed

Before he could paint the vehicle, Imhoff had to start by applying self-etching primer. Then he sealed it with an epoxy primer. He applied another layer of epoxy primer after the custom body work was completed and then he added a high-build primer to finish the job.

It Was Starting to Look like His Dream Car

Although the outer panels and wheels had not been added to the skeletal framework, Imhoff was already seeing his Lamborghini Countach taking shape right before his eyes. But he still needed to add some very important components. Still, the excitement was eating away at him.

After adding a fuel cell, the break lines and pedals, Imhoff transported each of the 33 shell pieces back and forth to an off-site booth to have a professional paint them. Since he could only do a piece at a time, the entire process took 25 hours. But Dale, a friend who was helping him with his project, had an even rougher job.

A Machinist Lent Him a Hand

Imhoff handed the blueprints of the car to his machinist friend, Dale, who spent 10 hours turning the two-inch-thick metal sheet into its completed form. But there was still much more tweaking to do on the car before it was completed.

He Still Had Work to Do Before He Could Drive It

Imhoff reinforced the rear carriers and fixed a couple of other issues such as the leaking coolant. Then he replaced the spark plugs and improved the engine’s performance. But when the car was finally finished, he ran into a major snag.

They Had to Excavate the Car Out of the Basement

After 17 years, Imhoff was finally finished with the project in 2008, but there was one major issue. The car was trapped in the basement, so he hired an excavator to break the wall. The process took 90 minutes, and at the end of it he finally had a way to get the car out of the house and do what he had been dreaming about doing for years.

Practically Everything Was Handmade

Just about every component of the vehicle had been handmade by Imhoff with just a little help from his friends. Even the Lamborghini doors, which open by lifting them up not by pulling them, were handmade by Imhoff.

The Car Became a Symbol of Perseverance

Imhoff, who underwent treatment for stage 4 cancer in 2014, initially put the car up for sale on eBay, but a Wisconsin pastor named Doug Redford changed his mind and convinced him to take what he had created on the road as a ministry tool to represent a message of faith, family, and most importantly, perseverance.

He Sold the Vehicle, Anyway

Despite all the years he spent working on the vehicle and Pastor Reford’s advice, the Lamborghini Countach was eventually sold to a new owner in Miami in September 2016. There’s no word on whether Imhoff’s health improved, but his project remains a symbol of perseverance for seeing the project through to the end.