Camila Villafane
Man Who Didn’t Show Up for 4th of July Date Proves That He Had a Good Reason December 9, 2020Leave a comment 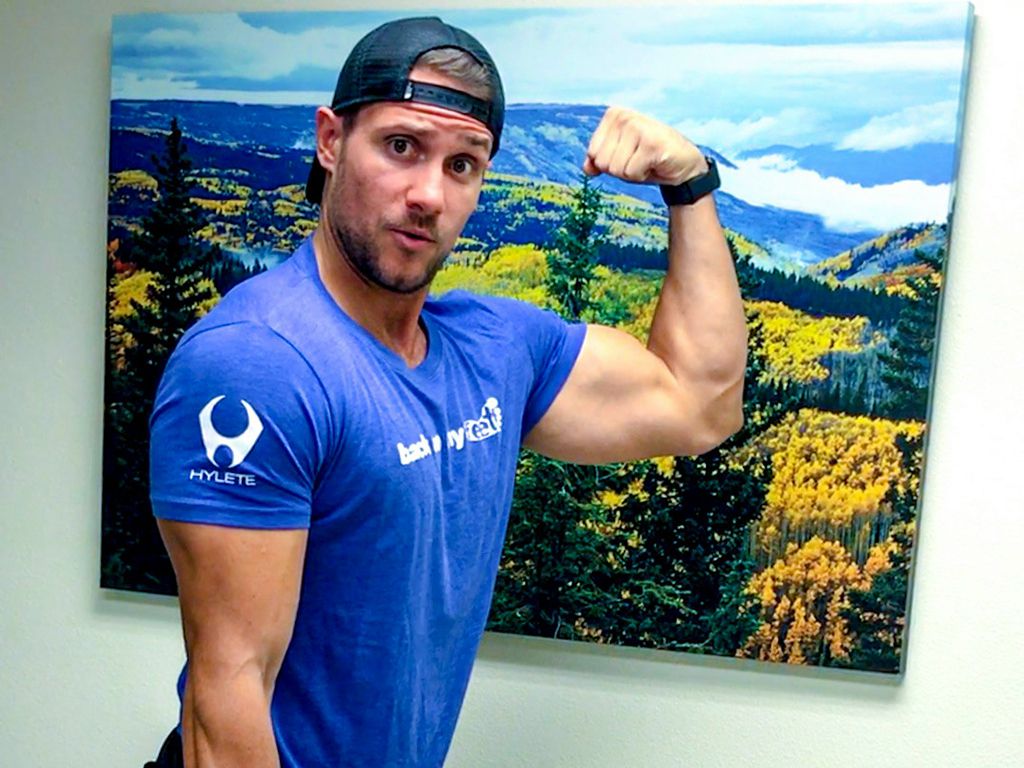 Standing someone up on a date is just about one of the worst things a human being can do to another, and yet that’s exactly what Craig Towler did on July 4, 2016. But he didn’t have another date on the side and he certainly wasn’t trying to be a jerk.

Something happened that changed his life completely and ruined his plans to go on a date. Luckily, his date soon found out the reason that he stood her up, but sadly, this reason changed both of their lives forever.

Craig Towler Had a Great Life

Craig Towler was on top of the world. He was 28 and living and loving life in Boulder, Colorado. His favorite pastimes included running 10k races, playing sports and hiking. But this outdoorsy guy’s world was about to get turned upside down.

He Was a Timing Specialist

As an events coordinator and timing specialist for BBSC Endurance Sports, Towler was very excited being the timer at a race in Boulder Reservoir on July 4, 2016. “Timing races is a very complicated and in depth process and I was excited because I killed it!” he wrote on his personal website. But he was also pretty lucky in love. too.

He Met the Love of His Life

He had met Amanda Schiewe at the gym, but she was a fitness trainer and he was very shy about talking to her at first. “It took a while for me to get the guts to talk to her,” Towler recalled in an interview with SWNS.com. And now that they were finally talking, he was excited to see where his relationship with her might go.

He Planned on Celebrating the 4th of July Together

Towler had just finished the race and went home to unload his truck. He was looking forward to celebrating the 4th of July with Schiewe and his friends. But then something happened that altered his plans and ruined his love story.

It Came Out of Nowhere

Towler couldn’t wait to tell his friends how amazing his first time working as a timer was. But that chance was taken from him. “Just as I was about to finish unloading, I felt an impact that pushed me into the back of my vehicle,” he explained. He never saw it coming and he couldn’t react in time.

He Was Going to Introduce His Date

Towler had planned to introduce Schiewe to his friends at the party. This was going to be their third date and meeting his friends was a big step. But he never imagined that a car crash would force him to stand her up.

It Was an Unforgettable Moment

“Before I knew what had happened I looked down and saw both of my legs detached,” he shared on his site. He was paralyzed with fear but knew he didn’t have much time to ponder or he’d die.

He Went Into Survival Mode

“I immediately knew my life was in danger, and action had to be taken immediately for me to survive,” he wrote. Despite the shock he was in, he wasn’t alone. “Shortly after the impact, people who were nearby at the time came to my assistance and called for an ambulance,” he added. But would the EMTs get there in time?

Fortunately, Towler hadn’t lost consciousness from the shock and was able to provide the bystanders with instructions on how to help him stay alive until the ambulance arrived. “I instructed them to help me lay flat on the ground. To this day, I’m still not sure how I had the mindset that I did, but my thoughts were very clear, and I knew exactly what needed to happen if I did not want to die,” he wrote. But time was running out.

He Was Bleeding Out

Towler was on the ground bleeding to death so he told the kind Samaritans to use their belts to create tourniquets to stop the bleeding. And they did. This kept the bleeding under control until help arrived to take him to the emergency room.

The Tourniquets Saved His Life

The EMTs didn’t take any chances and airlifted Towler on a chopper. Once he was in the emergency room, he was knocked out with meds. “I later learned from the doctors that the tourniquets had stayed on my legs until I entered surgery hours later, and are the reason that I am alive today,” he wrote.

Doctors Managed to Save Him

After several hours in the O.R., doctors were able to save him. But all in all, it took several surgeries within a span of a week to ensure he was okay. Sadly, his legs could not be saved. Towler knew this going on into surgery and he was the one who had approved the amputation before he went under.

It Was Life or Limb

“It was either life or limb. I remember telling the doctor ‘You know what, just do what you have to do,'” he told SWNS.com. So, doctors amputated his left leg below the knee and right leg at the knee.

He Was in Intensive Care

“Skin graphs were also taken from both of my upper legs to close the wounds. I was in intensive care for over a week,” he shared. Then he remembered about his date and asked a friend to text Schiewe right away.

He Never Meant to Stand Her Up

He had only known Schiewe for three weeks but his heart told him that she wasn’t a fling. She was a keeper. So, the last thing Towler wanted was for her to assume that he was a jerk who stood her up.

He Wanted Her to Know What Happened

Another reason he had asked his friend to text Schiewe was that he was afraid that he wouldn’t survive his injuries. Fortunately, all hope wasn’t lost, and doctors were able to save him. But how did his girlfriend react to the news?

Schiewe had been getting ready for her 4th of July date but worried when he went radio silent. “I was getting nervous,” she shared on an Instagram post. “Craig is NOT the kind of gentleman to just ditch a gal … and we were so excited to spend the evening together. Something was up. I never expected to hear the kind of news I received.”

He Was Really Sorry He Canceled

She shared that, “Cedric [Towler’s best friend] told me Craig was hit by a car and was going to survive, but will have his legs amputated soon.” Then she added, “He also told me Craig said he was really sorry to have to cancel our date!” And she was so shocked.

She Sprung Into Action

“The fact that he was even thinking of me made me fall for him even harder,” Schiewe wrote on Instagram. So, she headed to the only place she knew she had to be at right that very moment—the hospital.

She Never Left His Side

When he laid eyes on Schiewe, his hearted fluttered with joy, and she never left his side. “I honestly didn’t know what to expect, but she was there immediately, no questions asked and I knew she would be the one for me,” Towler explained. Her support meant everything to him, and he knew he found his soulmate.

She Was There for All of His Important Moments

Not only was she there when doctors removed the 87 staples on his amputated legs but she stuck around to celebrate his 29th birthday and all the ones that followed. But there was one thing in Towler’s life that he had a difficult time processing and that was learning that the driver who crashed into him was drunk.

His Life Had Radically Changed

Towler had gone from being an active athlete to an amputee overnight and that was a tough pill to swallow at first. But as angry as he was that a drunk driver changed his life, he didn’t sulk for too long and that was thanks to a decision he made while he was recovering in the ICU.

He Learned to Move Forward

“I was talking to my mom and I said I need to accept what had happened and that it was real. Only once I had that acceptance could I move forward,” he shared. And that’s exactly what he did.

She Helped Him A Lot

Sometimes, all we can do is be there for someone and that’s exactly what Schiewe did for Towler. She stuck around for every doctor’s appointment and was even there when he got his artificial legs. Eventually, they moved in together. And now years later, they remain committed to one another.

He Wanted to Inspire Others

Although the accident altered his life dramatically, he shared his story in the hopes of teaching others that we all have control over our fate. Essentially, we’re captains of our destiny and nothing can take us down as long as we take life by the reigns just like he did.