Man is Forced to Leave Belongings Behind With TSA, Other Passengers Watch in Tears 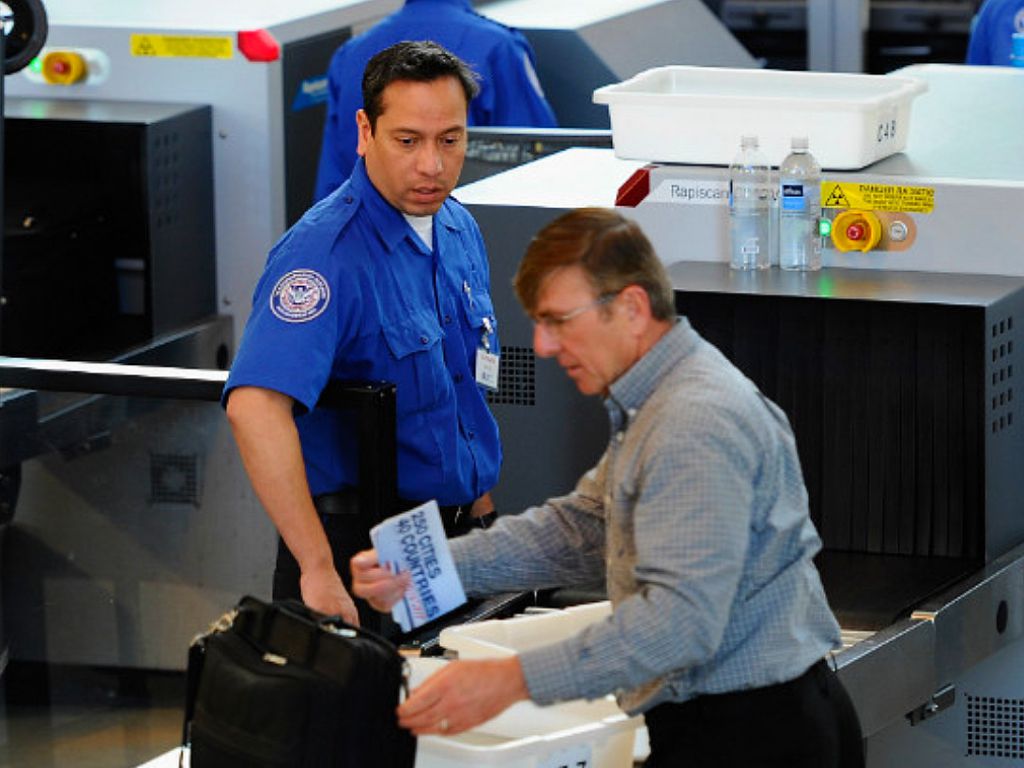 There are things you absolutely can't take with you on flights in the United States, no ifs or buts. It’s what Ivelise Hernandez and her boyfriend Rico Bankston realized when they saw a man surrendering a questionable package. But after he was forced to drop it in the trash, the curious couple went over and retrieved it. But what happened next made their hearts sink.

They Were Packed and Ready to Go

Ivelise Hernandez and Rico Bankston from Tampa, Florida, were at the Saint Petersburg-Clearwater Airport on their way to Pittsburgh, Pennsylvania. It was a seemingly calm day, until they saw a man being forced to toss a package away. But she had no idea that this moment in time would make a huge impact in her life.

There Was Trouble Ahead of Them

Getting through airport security is always painful, but that day it was slower than usual. The line had stalled because of something a man was trying to carry through security. The traveler had tried taking a wrapped package through the metal detector and set off the alarms. So, they pulled him aside to question him while Hernandez and Bankston strained to hear what was going on.

They Refused to Let Him Pass

The man was having issues with his carry-on bag. There was an item inside that was restricted and the security guards wouldn’t let him pass with it. Whatever it was, it seemed to be really important to him, as he pleaded with them to let him through. But why had he become so agitated?

After the events of September 11, passengers traveling in the United States have had to deal with a lot of strict guidelines, and what this man had in his carry-on bag had clearly raised a red flag. But was everyone at the airport in danger?

He Tried Smuggling Something Restricted

Post 9/11 travelers have gotten used to seeing other travelers submit to TSA inspections. Even harmless items like toothpaste and deodorant can get confiscated. But what this guy was trying to smuggle through security was simply irreplaceable.

He Wanted to Bargain with TSA

Hernandez and Bankston watched the man ask the TSA agents if the package could be sent to the airport’s lost and found, but they denied his request and told him to dump it in the trash bin. The man had started to tear up, and Hernandez realized she had to take action.

He Had to Concede to Fly

With great sorrow, he did what the TSA agents asked him to do and then boarded his flight feeling defeated. But Hernandez couldn't help but feel sorry for the man. She was about to say goodbye to Bankston and head to the checkpoint. But before she did, she had something to ask her boyfriend.

She Sent Him on a Mission

She gave Bankston a hug and a kiss and left him with a mission. She told him to head out to the trash bin by the security line and figure out what was so important about the package the man was forced to dump. And then, she boarded her flight to Pennsylvania. But would Bankston find something sinister in the trash?

He Dug Right in to Find the Package

The trash bin wasn’t hauled off by TSA agents, which meant that Bankston was free to look for the package. He could technically retrieve it and take it home without being questioned by the agents, and he did. After leaving the airport, he drove home to Tampa, Florida. He didn't know what was inside this package, but his instincts told him it was really special.

She Couldn’t Get Him out of Her Mind

The mystery man at the airport had remained in Hernandez’s thoughts all through her flight. So, once the plane landed, she gave Bankston a call to ask if he had found the package. But when he told her what he found when he looked inside, she realized she had to act fast.

It Looked Underwhelming at First

What he found when he unwrapped the package was an unsuspecting snow globe. So, Bankston examined it to see why it was so important to the man at the airport. He was admittedly underwhelmed by the discovery, and then he flipped the globe over and realized it was priceless.

The snow globe had two photos. One was of an elderly couple. The other photo was of a little girl. When wound, the globe played the song “Greensleeves.” But underneath the keepsake was an engraved message that read: “We love you Katie. Nana and Papa 1/25/16.” Now Hernandez and Bankston knew what to do next.

They Wanted to Help

When Hernandez flew home to Florida, she and Bankston decided to track down the owner. The globe had meant a lot to the man, which meant it probably meant a lot to his other family members, too. So, the couple had to figure out how to solve this virtually impossible mystery.

Finding the Man Was a Challenge

All they knew about the man who threw the globe away was that he had been at the Saint Petersburg-Clearwater Airport in February. So, she turned to Facebook and provided all the details along with photos of the snow globe and its engraving in the hopes that someone could help her find the original owner. But there was an issue.

She Worried No One Would See It

Hernandez knew that she didn’t have a big enough Facebook network, but she hoped her friends and loved ones would reshare the story. She assumed her post would get 200 shares tops. But it ended up blowing up massively.

Hernandez’s Facebook post went viral and within seven days, it had been shared over 48,000 times. But finding one man in a sea of millions was like finding a needle in a haystack. Would all these reposts help get the globe to its rightful owner?

Someone Came Forward With Information

An employee from the gift shop, Things Remembered, had no connection to the original owner. But she remembered the model of the globe and sent the image to company headquarters in Ohio so they could track the specific order, and what happened next was simply unbelievable.

They Found a Name

The worker from Things Remembered finally got a name from headquarters. A woman called Linda Modry purchased the globe for her five-year-old granddaughter, Katie. Her dad, Michael, was going to deliver the gift, but was forced to toss it in the trash. When the little girl had learned what happened, she was heartbroken, but things were finally going to look up.

Everyone Helped out in Their Own Way

With permission from Things Remembered headquarters, the worker gave Hernandez and Bankston the Modrey’s number. And then the media got a hold on this incredible story and decided to capture the momentous occasion. But the couple was about to learn just how much their actions affected this family.

She Knocked on Hernandez’s Door

With nothing but good intentions and undeniable excitement, Modrey came to Hernandez’s front door in Tampa, and a news crew was right behind her. She knocked on the door, ready to pick up the package that has been tossed away like it was nothing, but fortunately picked up and valued like a sacred treasure by a perfect stranger.

She Opened the Door to Love and Gratitude

When the door opened the women smiled at each other and hugged. Then Modrey offered her a bouquet of flowers. Hernandez was glad that she had performed such a random act of kindness by giving back the globe, but she had no idea that the item meant more than just two photos and an engravement.

The Timing Had Been Perfect and Special

Katie’s birthday was coming up, and Modrey wanted this present to be ready so she could give it to her beloved granddaughter. And none of that would have been possible if Hernandez hadn’t told Bankston to look through the trash bin. But there was an emotional truth about the snow globe’s date that would leave Hernandez shaken.

Modrey Called the Man From the Airport

Modrey wanted Hernandez to hear how important her actions were. So, she called her son, Michael, the man that Hernandez and Bankston had seen looking frustrated at the airport’s security line. It turns out that Michael had just visited his parents in Florida and was heading back to Ohio, when they gave him a package to take back with him. And now it was time to end everyone’s suspense.

The Date Had Changed Katie’s Life

The date inscribed under the snow globe was January 25th, the date Katie was adopted. For Modry and her husband, this snow globe would serve as a reminder of the day their adopted grandchild became part of their family. So, Modrey held her phone out so Hernandez could hear how the family reacted to the good news.

As Hernandez listened, Michael and Katie joined the conversation while Modrey told her five-year-old grandchild that she had retrieved the package that had her snow globe. They could all hear Katie jumping for joy on the line. And Hernandez was overwhelmed with emotion as she realized that a little kindness can go a long, long way.