Man Walks By Dumpster, Thinks He Heard Something Inside…

Tammy Salt
Man Walks By Dumpster, Thinks He Heard Something Inside… November 24, 2018 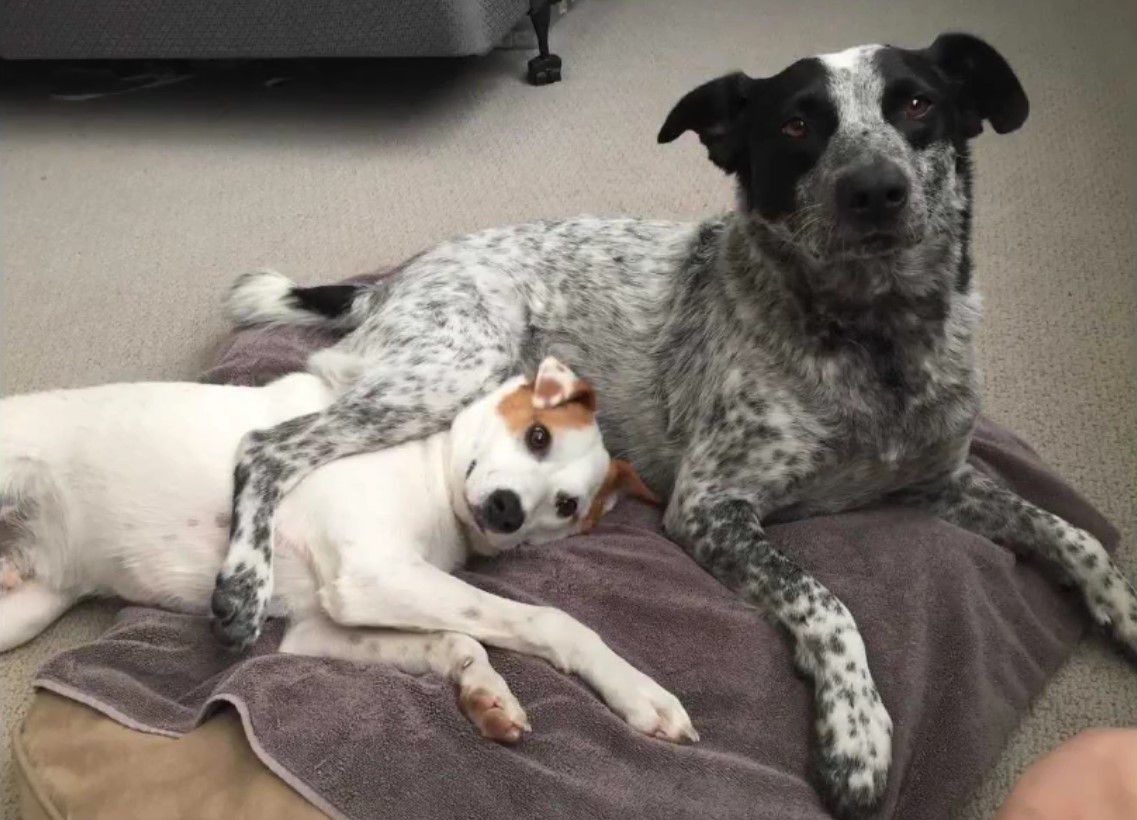 There is nothing cuter than seeing two puppies playing around, tails wagging all over the place. However, two pups didn’t get to play around too much, as they were not in the best shape or place. Just a few weeks ago, they were found in a trash dumpster behind a Texas grocery store. One morning, a man visited the organization and carried two stray puppies with him. He did not make the wisest choice that day…

The "San Antonio Pets Alive!" medical clinic and organization rescues dogs from shelters. All their spots are occupied only by these dogs that are in need of help. One morning, they had a visitor…

24. I Have These Puppies

One morning, a man walked into the clinic and asked the staff to take the two 3-month-old puppies he found on the street. However, the staff told him they did not take in strays. But they helped him with directions to a different shelter who would take them in.

What happens next in unbelievable!

According to the clinic director Kylie Brasher, the employees at the clinic told the man to go to a specific shelter. They watched as he left with the two dogs, but he did not get far from the building. Unfortunately for the puppies, the man decided it was too complicated and abandoned them…

22. Thrown in the Dumpster

Four hours later, an employee at a meat market was about to throw something in the store’s dumpster when he saw two puppies thrown away! Who would do such a thing, the employee thought as he was heading to the nearest animal clinic to tell them about the puppies.

The employee at the store went to the clinic and told them there were two puppies in the dumpster. It was just four hours after the man with two puppies went out their door. Brasher explained that the staff had no “idea he was going to discard these puppies. He walked up carrying them like they were his own.”

20. Hurrying to Get the Pups

As Brasher went with the staff to recover the pups, they wondered what could have happened if nobody heard or saw them… When she opened the lid, those little dogs could not be happier! They wagged their tails at the rescuers and gave them a bunch of kisses. This is what she said in an interview…

“They immediately snuggled up to our kennel supervisor and were all tail wags when we offered them food and love,” said Brasher. The young pups needed a lot of care and love at this age, but they ended up thrown away. Thanks to the rescuers, they will be fine – or so everyone thought.

The staff took the pups to the clinic and gave them baths because they were covered in fleas: “we could tell that was a new experience for them — they much preferred the food!”
While handling the pups, the clinic workers saw how neglected the pups have been considering how young they were!

17. An Illegal and Inhumane Act

The assistant clinic director, Carolyn Hinojosa stated that the staff was disturbed to find the pups in the garbage: "One it's illegal, two it's inhumane. If you didn't like your kid would you dump them in a dumpster? The police have been notified, they are looking for suspects who did dump them.”

The two dogs were malnourished and suffered from several diseases…

These two adorable guys were named Crockett and Bowie. The vets tested them for various conditions, and unfortunately, they were positive with ringworm and many parasites. Bowie appeared to be the big brother that cared and protected Crockett. His loving nature won everyone’s heart at the clinic. Here’s what Brasher said about them.

Bowie would cover Crockett with his body to keep him warm and would share everything with him. “When Crockett wouldn't eat, Bowie was taking pieces of his kibble and laying them by his face. I've never seen a puppy do that!” – said Brasher who has a very long experience with dogs.

And that’s not all!

The two puppies had a strong bond, but also needed help from humans. Bowie was looking fine, but Crockett started showing signs of a deadly virus. The Facebook page for the San Antonio Pets Alive! had very sad news about Crockett’s grim future…

Unfortunately, Crockett tested positive for Parvovirus. This disease is highly contagious and it sometimes is deadly. The staff had to separate the brothers and treat Crockett. That was when the organization had to appeal to the public: “Crockett and Bowie NEED YOU to be healthy puppies--they need A LOT of medical care NOW!”

The treatment for Parvovirus is very expensive and very long. However, the caretakers did not want to give up on Crockett who was so young. The staff asked for people’s help on their Facebook page. Here is what they said about the abandoned pup’s condition.

“These puppies will need a lot of medical treatment (including Parvovirus treatment which costs $500 a puppy), medicines, IVs and special food,” wrote the organization on Facebook.

And just a few days ago, they wrote this amazing update at #2 – this is truly unbelievable!

10. Donations For Crockett and Bowie

The two pups became famous on TV and on the Internet after the local news covered their story. Thankfully, this also raised awareness about their condition and people donated to help the organization cover the treatment cost.

Meanwhile, the brothers’ personalities would soon come through…

Brasher explained that the pups have been taken care of immediately after they arrived at the clinic. Crockett and Bowie were clean, parasite-free, and on medications for their health issues. With their full bellies, the pups became extremely affectionate: “We are very hopeful for full recoveries.”
Crockett was alone, trying to pull through the parvo treatment…

Crockett cannot wait to meet his brother. After a few days of IVs and treatment, Crockett started to feel “more adventurous now and is climbing the baby gate in his kennel to get to staff for attention.” This guy would be rotten spoiled!

Meanwhile, Bowie is also getting all the cuddles from the staff at the clinic! Here’s what he loves to get…

Believe it or not, but Bowie loves to be held like a baby and have his belly rubbed, said Brasher, adding that he’s quite the kisser: “He also gives very polite little nose kisses!” As soon as both brothers are healthy and neutered, the organization will start looking for a fur-ever family. One thing is true: they must stick together!

6. A Lot of Gratitude

Seeing that the two pups love to cuddle with the staff at the clinic and would follow them everywhere, we know there is a family out there that would love to have these brothers home. Crockett and Bowie are grateful little pups and they know how to show it.

As for the man that dumped them…

According to the organization director’s statement, the staff members have reported the incident to the police and authorities are looking for footage from cameras around the property where the pups were fund. They will make sure that the person who dumped them will face charges.

People can also help the police if they saw the man dumping those pups in the trash, added Brascher.

These pups didn’t have a voice to say who dumped them, so maybe someone saw the one who dumped them and be their voice. Brascher was very disappointed by the man’s decision, adding that their clinic was not meant to take strays from people showing up in the clinic. Here’s what she said…

“Those puppies' lives were in danger, and as happy as we are to help them, they’ve taken a kennel from a dog that’s on the euthanasia list at the city shelter,” Brasher said in an interview with a television station.

Moreover, the staff has been treating many animals with parvo when the pups were brought because the recent rain has spread the virus. But there was one good news!

The treatment for Crockett was successful and the pup is now healthy, wrote a Facebook post on the organization’s page. Two days ago, the pup tested negative for parvovirus, so the staff lifted his quarantine status and allowed him to stay with his brother once again!

The two happy pups are ready to start anew! They don’t have parasites anymore, Crockett’s fur is growing again and he’s healthy! “Despite their rough start to life, these boys are the sweetest and so hopeful!” – concluded the post on the ‘San Antonio Pets Alive!’ social media page.

All these two pups need now is one loving family that would take them both to their new home!