Whatever Happened to the McCaughey Septuplets? They’re All Grown Up Now…

Kelly McInerney
Whatever Happened to the McCaughey Septuplets? They’re All Grown Up Now… October 1, 2019Leave a comment 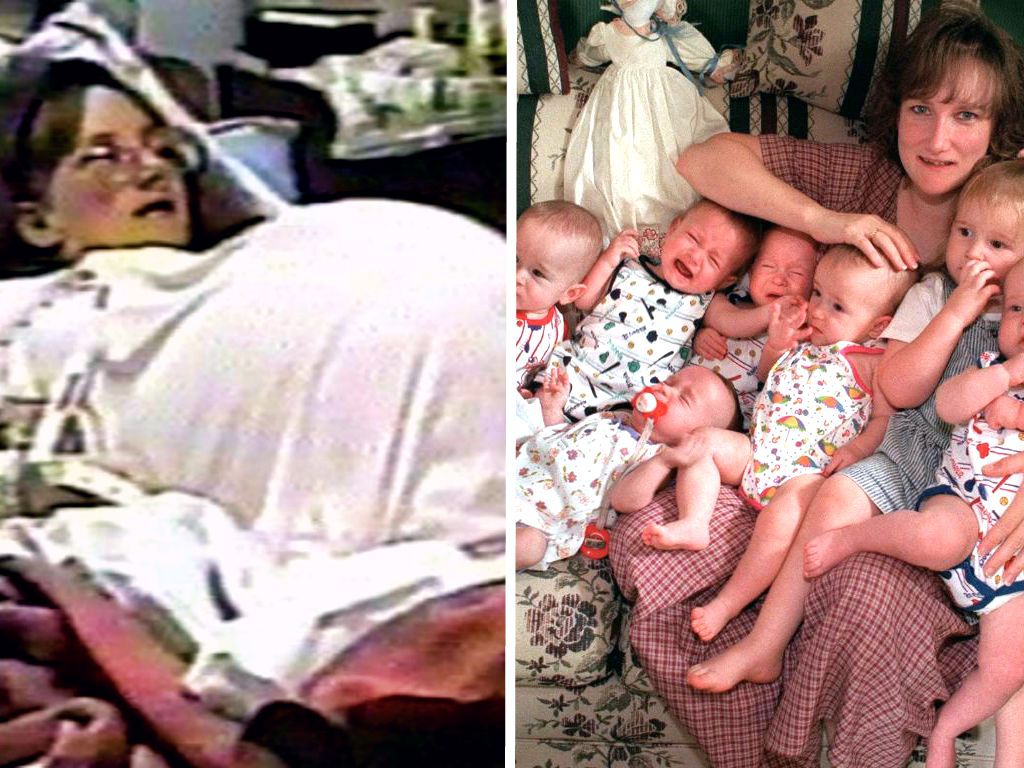 The McCaughey septuplets were the first surviving septuplets - that's 7 kids at once. They were born in 1997 and last November they all turned 21. How are they doing now? Let's check in and see how they're doing growing into adulthood...

Kenny and Bobbi McCaughey were already proud parents before they had their septuplets. They welcomed a daughter, Mikayla, on January 3, 1996. They wanted to add more to their family, maybe another son or daughter or two but they had no idea what was in store for them next.

For the second pregnancy, Bobbi was advised to take fertility medicine to stimulate her ovulation. After getting pregnant, thanks to the medicine, Bobby headed to her routine checkup and received some crazy news she wasn't expecting to get, she wasn't going to have just one more baby...

She was having seven of them! Or at least she was told that there were seven embryos rapidly growing inside of her. With fertilization medicine, it is common for women to have multiple embryos and some don't continue to full term but it is highly rare for them to have seven AND for all the embryos to become babies!

Raising seven babies and one toddler was quite the handful and they ran through supplies very quickly! The couple was going through 52 diapers each day and the babies were drinking 42 bottles each day.

The family had to start really conserving money. They decided to grow their own vegetables whenever possible and buy in bulk. They planned so carefully that they ended up spending only about as much as a family of four would over the course of a month.

After their birth, the media had a frenzy talking about the septuplets and sharing their story. Every news outlet wanted to cover the story and discuss them. They even had a chance to meet President Bill Clinton and go on "The Oprah Winfrey Show."

In 1999, NBC News checked up on the septuplets to see how their terrible two's were turning out to be. Bobbi mentioned that she takes naps during the day now to save some energy to take care of them all. Kenny discussed how he dealt with going from a car salesman to public speaker.

Around the time they appeared on NBC News for the 2 year check in the family also released a special lullaby album called Sweet Dreams. It was to celebrate their two year birthday. Word Music created this vocal folio based on the recent recording. It features 16 songs, including titles by Cindy Morgan, Steve Green, and Kathie Lee Gifford.

Although they never did their own reality show, they did like the media check in with them from time to time. From NBC News, The Today Show and even TLC’s documentary special, America’s Septuplets Turn 13, they all allowed the country to see how the kids had grown.

In 2012 it was a big year for the seven children, all of them were headed to high school. The septuplets headed to Carlisle High School in Carlisle, Iowa. And just like that, four years flew by and all seven of them graduated high school too!

When they turned 21 back in 2018, five of the seven septuplets went on The Today Show to have a sort of check-in interview with everyone. They said that everyone is still close but they're all becoming more individuals and living on their own.

On The Today Show, the five siblings - Nathan, Kelsey, Alexis, Natalie, and Joel appeared on the show. They said that the five of them were attending college. They were offered a scholarship to Hannibal-LaGrange University in Missouri shortly after their birth.

Two of the septuplets, Alexis and Nathan, were diagnosed with cerebral palsy. It was clear that Alexis and Nathan would require use of walkers to get around as they grew up. Nathan was very determined, however, and did not accept this diagnosis.

Nathan taught himself to walk without the assistance of his walker. He explained that wanting to learn was all it took to discover the motivation he needed. He is still attending school with his four brother and sisters, they all plan on graduating this coming Spring 2020.

Brandon ended up not going to college but enlisting himself in the military instead. His mom said that he was always the most athletic of all the septuplets. As of 2018, he was still in the military and engaged to be married.

Natalie is still attending college. She is very active in the cross-country running team there. She met Shawn Geralds on the team, who recently graduated from HLGU. The two of them actually ended up getting married this past May.

Kelsey is majoring in public relations at the college, perhaps she was inspired by all of the media attention the septuplets have received throughout the years? She is excited that she attends college with her siblings but knows they're all individuals, too. "We are all so very different from each other, and all of our talents are in very different things," she told the Herald-Whig.

Originally, only Joel, Nathan, Kelsey and Natalie enrolled at HLGU in their freshman years. Alexis attended Des Moines Area Community College for two years before she joined her four siblings this fall at HLGU. She is still attending that college and plans on graduating with everyone else in 2020.

Although she attended community college first, Alexis was a very successful student, graduating in the top 15% of her class. She also entered many beauty pageants for children with special needs, winning the Teen Miss Dreams Made True pageant in 2013.

Joel is also attending college with the four others. He is majoring in computer information systems along with his brother, Nathan. He also plans on graduating next spring. He is excited about what the future has in store for him.

Kenny Jr. originally attended Des Moines Area Community College with Alexis. He is now a trim carpenter in Iowa. No word on if he is still rocking those braces, but this photo was from 2015 so hopefully not.

The parents Bobbi and Kenny have come a long way. They are both public speakers. Both are also now staunchly advocates against selective reduction and discuss it at public speaking events. They do not plan on having anymore kids but are excited to eventually have some grandchildren.

The parents are against selective reduction, even declined it when Bobbi was pregnant with all seven of them saying they would "put it in God's hands". Selective reduction is practice of reducing the number of fetuses in a multiple pregnancy for safety.

In 2018, Bobbi and Kenny decided to sell their home because it's now an empty nest. But they didn't just sell it to anyone, the two of them sold their seven-bedroom, five-bathroom home to Ruth Harbor, a Des Moines nonprofit that provides housing and support to young mothers of unplanned pregnancies.

The Future for the Septuplets

Five of the septuplets graduate next spring and the other two seem to be pretty content with their current careers. No word on if the students will pursue their careers but it seems like nothing is going to get in the way of these septuplets and achieving their dreams!