Jen Arbues
How Dangerous Winter Weather Brought Out the Best in People During the Polar Vortex of 2019 February 15, 2019 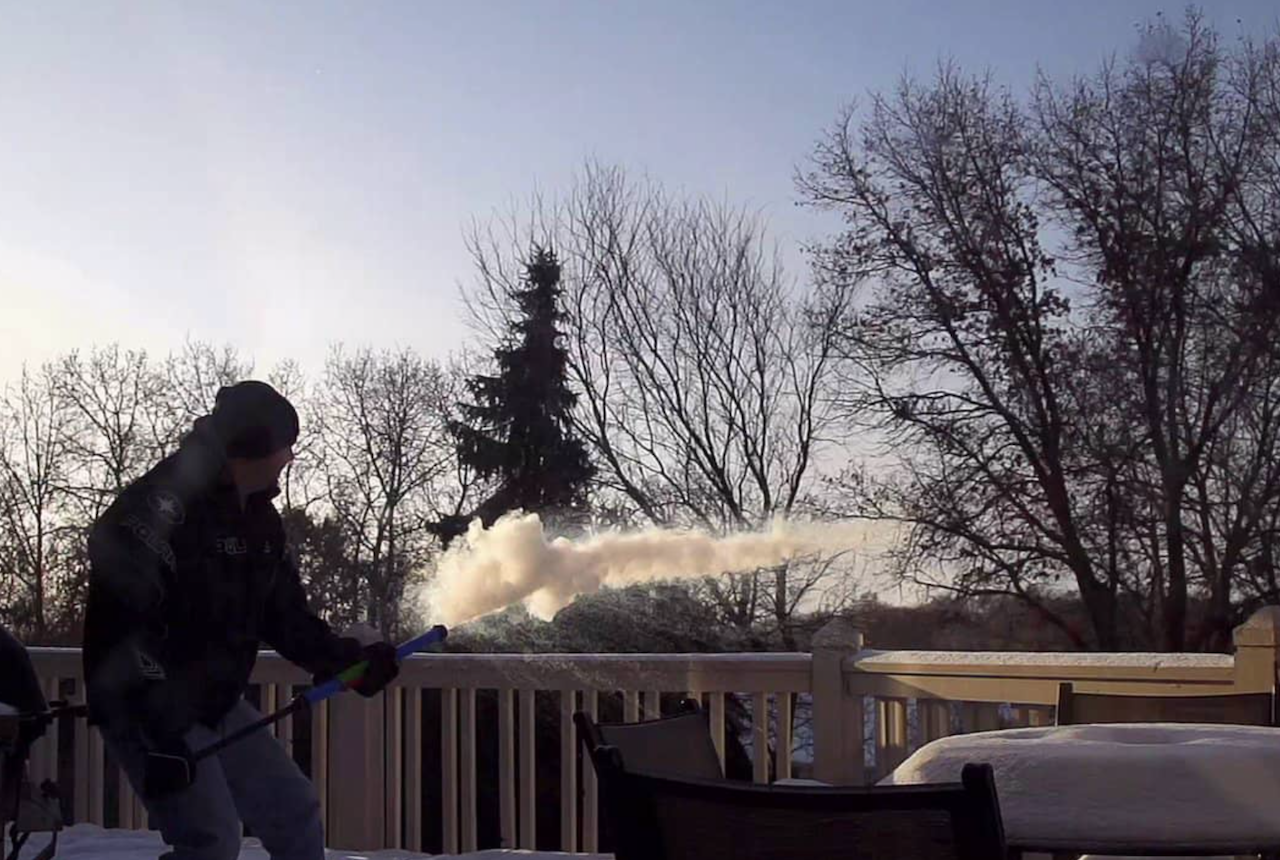 In 2019, extreme winter weather hit the Midwest like the fury of Frozen’s Elsa. If Elsa had had a complete mental breakdown and was also a psychopath. The Midwest polar vortex dropped temperatures across states well below zero and sent people indoors for days upon days. But it wasn’t all bad. Because sometimes, the best in humanity comes out under the worst circumstances...

Although the name itself sounds intimidating, a “polar vortex” isn’t actually anything out of the ordinary. It’s a mass of cold, low-pressure air that circulates over the Arctic. And it’s there all the time.

Once in a While

Some winters, the vortex, which generally stays above the North Pole, weakens, forcing the air to dip down into the United States. The result is a stretch of frigid temperatures that hits the Midwest and, sometimes, the East Coast.

Before 2019, the last polar vortex to hit the Midwest happened in 2014, when temperatures dipped down in states like Minnesota to minus 37 degrees. In 2019, however, temperatures hit their lowest in decades, with areas in Wisconsin hitting minus 43 degrees, beating records dating back to 1903.

The Kindness of Strangers

While freezing temperatures forced many to retreat into their homes, it also managed to bring out the best in others. And the acts of good samaritans throughout the Midwest in the winter of 2019 were nothing short of astounding.

In Chicago, one of the cities hit hardest by the polar vortex, the South Loop neighborhood is home to dozens of homeless citizens. Near the Dan Ryan Expressway, one homeless encampment had been utilizing upwards of 200 portable propane tanks to generate heat.

With temperatures dropping to minus 25 degrees, a propane tank that had been situated too close to a space heater exploded. As a result, city officials had no option but to shut down the encampment, leaving 70 people without shelter.

Officials contacted Jackie Rachev, a spokesperson for the Salvation Army, when the decision was made. She was asked if she would be able to help provide shelter for the 70 individuals who had been staying in the encampment.

Before she could make arrangements at the Salvation Army, Rachev received a second call from the city. A good samaritan had stepped in and paid for 20 rooms at a local motel to shelter the group.

Real estate developer Candice Payne took to social media to ask for help in transporting people to the motel. Soon enough, friends and strangers pitched in, booking 60 rooms to house more than 100 people.

Payne and her makeshift volunteer group went around the city, stopping at police stations and hospitals to pick up those in need of a place to stay. They volunteered money, time, and their cooking skills for the city’s homeless.

Kindness Throughout the Midwest

Chicago isn’t the only city to experience an upsurge in kindness during the storm. In Washington County, Minneapolis, city officials reached out to a local church for help with those who had been living in their cars at a rest stop on Interstate 94.

St. Andrew’s is a church in Mahtomedi, Minnesota with a history of helping those in need. Within 24 hours of the call from Washington County asking for their assistance, they had set up a warming center and sleeping area.

Not only had local restaurants in Mahtomedi donated food to help the influx of people at St. Andrew’s, but the church gave out clothing to those in need. And for one couple who had been living in their car, St. Andrew’s also offered their marriage services.

The shelter operating out of St. Andrew’s Church remained open throughout the duration of the polar vortex. They, along with Washington County social workers, dedicated themselves to finding those in need of longterm solutions.

In Lake Odessa, Michigan, officials warned residents — specifically, the elderly — to remain indoors throughout the storm. Because many of them required access to prescription medication, it became one pharmacy’s mission to find a way to deliver.

In Need of Supplies

Andrea Cusack, the pharmacist at Lake Odessa Pharmacy, understood just how important it can be for individuals to get their medication on time.

“Blood pressure, diabetes meds, you do not want to stop those. You want to take those continuously,” she said.

For Wayne Mausbach, having his prescription run out in the middle of the snow storm was a huge dilemma. But Cusack offered a solution.

Living in a Small Community

Mausbach and his wife credit their snowmobile meds to living in a small community. But Cusack’s home delivery system is just one example of the level of kindness that exists in cities throughout the country.

In cities big and small throughout the Midwest, people took action to help serve those less fortunate in their communities. In Missouri, Illinois, and Indiana, warming shelters opened all over for the homeless and others who lost power.

It wasn't just churches and Salvation Army locations that turned into shelters and warming centers. In Chicago, five city buses were transformed into warming centers that drove around offering medical services on top of relief from the cold.

Keeping a Sense of Humor

For many, the 2019 polar vortex brought out their sense of humor, as well as their desire to help. Police in Illinois were especially keen to see the bright side of the cold snap.

In McLean, police went straight to the source. According to their Facebook:

“ATTENTION: Due to the EXTREME COLD weather, all criminal activity and acts of stupidity and foolishness has been cancelled. Even Elsa has been placed under arrest by Hanahan Police Department in South Carolina with NO BOND until further notice. Thank you for your attention and understanding to this matter. Respectfully, the McLean Police Dept.”

“Due to the extreme cold and wind, the Moline Police Department is cancelling all misdemeanor and felony criminal activities. Criminals, please take note, it is too cold to commit crimes. Stay inside and read, watch Netflix, call Crime Stoppers of the Quad Cities on other criminals, anything, but for the love of polar bears, do not go outside and commit crimes.”

In Michigan, Swartz Creek Community Schools Superintendent Ben Mainka appeared with Principal Jim Kitchen to announce a snow day. By singing their own very special rendition of “Hallelujah.” And you can watch it here: https://youtu.be/xWoxREYRJM8