20-Year-Old Wins $450M Lottery, Responds Like Only a Millennial Would

Camila Villafane
20-Year-Old Wins $450M Lottery, Responds Like Only a Millennial Would July 9, 2018 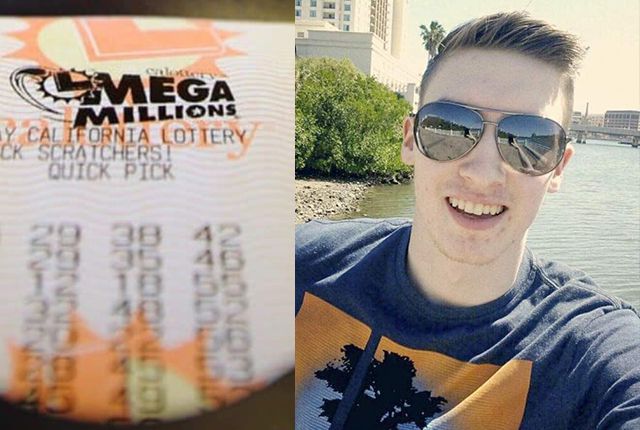 For a lucky 20-year-old named Shane Missler from Florida's Gulf Coast, the dream of winning the lottery became reality. So what happens when a millennial kid wins a huge jackpot?

One morning in January 2018, Shane Missler sat down with his dad for some coffee. It seemed like just another typical day. But little did Missler's dad know that his 20-year-old son was hiding a huge secret. And I mean huge.

New Englander At The Core

Missler lives in Port Richey, which is a suburb of Tampa, Florida. He's been living in the Sunshine State for a few years now, but the Missler family was originally from Maine, New England.

Being just another normal young man, Missler had no idea that his life was about to change forever.

Missler loves playing the lottery all the time. In fact, he credits his amazing good luck to the power of positive thinking, which he feels should never be underestimated under any circumstances. But how did he get so lucky? Let's see how everything started...

Going For A Mega Win

Missler went to the 7-Eleven at 7131 Ridge Road in Pasco County on Friday, Jan. 5 to pick up some extra money from a scratch-off ticket he won a few days earlier. But he had no idea how much things were about to change.

What Did Those Numbers Mean To Shane?

Believe it or not, there was no special meaning in the numbers he picked since Missler had used the quick-pick option. This meant that the numbers were chosen at random completely, and he won against some seriously major, astronomical odds.

His reaction when he found out that he won? - Priceless!

A euphoric Missler went on Facebook and wrote: “Oh. My. God.” His brother was the first person he called to share the good news with, but there was someone else he needed to call asap.

A Date With Dad

The following morning, Missler met up with  his dad over some coffee. He decided that it was a lot better to tell his dad in person, rather than breaking the news to him over the phone. His dad's reaction? It was beyond expected.

The One And Only

As if winning the lottery wasn't totally bonkers enough, Missler also learned that he had been the sole winner. This meant that he wouldn't have to share the jackpot's grand total with absolutely anybody else. Wait until you see how much money he won...

People on social media offered plenty of advice, but one in particular struck a chord. “Get a priest, lawyers, financial advisers.” So, Missler decided that getting a lawyer would be a good idea since he had no idea how he'd manage so much money. Then he did this...

The Nerve-Wracking Pick Up

Missler, his Navy vet dad, and his lawyer, Walt Blenner, decided to turn in the ticket together. So, the three of them safely jetted over to Tallahassee, the home of the Florida Lottery Headquarters to claim the coveted prize.

Out With The Old

Blenner, who once helped a man who won a $3 million scratch-off, offered some words of advice. He told Missler: "Your old life is gone and you can never go back to that life. It will never be the same." And he was right.

Winners of Mega Millions can either take their cash prize in 30 annual installments or receive a lower lump sum. Missler chose the lower lump sum, which brought his prize money down to $281,874,999. Yes, you read that right! And that's not all...

The Florida Lottery Commission was also required to withhold 25 percent of that lump sum for federal income taxes, which brought his total take home money down even lower to $211,406,249.25. Still, he was filthy rich and he has great plans on what he'd end up doing with his money.

Before winning the lottery, Missler worked as a Verifications Specialist at Universal Background Screening, Inc. But with his millions, he was finally able to fulfill our dreams and ended up quitting in order to focus on his own future.

Missler followed his lawyer's advice and had lttery officials deposit the money in a trust called "Secret 007, LLC.," which will allow him to manage his own money.

Ticket For A Winning Ticket

With the money from the scratch-off ticket, he bought five Mega Millions quick-pick tickets, one of which, was the winning lottery ticket that would turn him into an instant freaking millionaire overnight.

The drawing took place the night of Jan. 5, and the winning numbers were 28, 30, 39, 59, 70 and the Mega Ball number 10. Lucky Missler learned he was the winner just a half hour later. To say he went ballistic is an understatement.

Getting Smart About All That Dough

Missler told the Tampa Bay Times, "I’ve had a crash course this week in financial management and I feel so fortunate to have this incredible wealth and team behind me." Now that he was learning how to handle so much cash, he had to sit down and decide what was in store next.

Looking After His Loved Ones

Shane's old high-school coach, Larry Thornton, doesn't see Shane going off the rails either, as he thinks he's mature enough to handle this stroke of luck: "He’s going to find out what he needs to do and how he’s going to do it," he told Tampa Bay.

After Shane won, someone pretending to be him created a Twitter account claiming he would give $5,000 to the first 50K followers who retweeted and liked his post. People fell for that ridiculous stunt, but only for a bit.

The claim was a total scam, obviously. Whoever started this hoax was only trying to take advantage of Shane's popularity. This prompted Shane to make a statement about his only real accounts on Twitter and Instagram.

Shane won't give away $5,000 to his followers any time soon, (I mean, hello!) but he does plan on exploring his passions and taking care of his loved ones.

He said: "I hope to use it to pursue a variety of passions, help my family and do some good for humanity." We can't wait to hear about what he's up to in the near future!