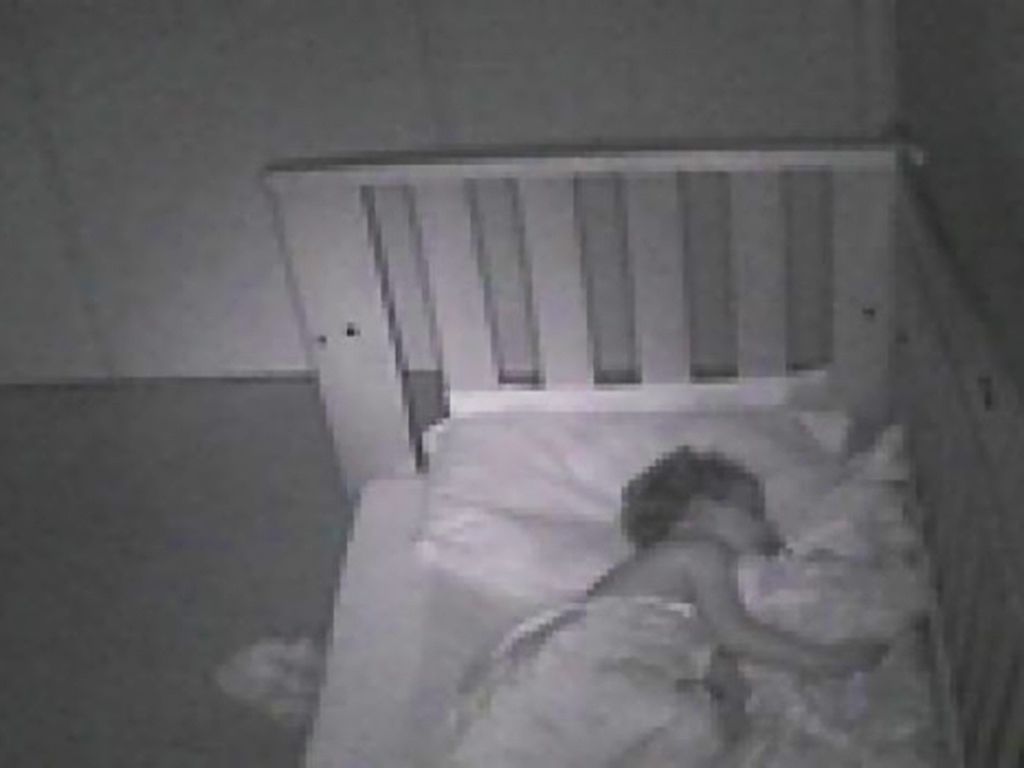 Gloria McIntosh from Ohio has a full plate on her hands. When she's not busy working as a writer she's taking care of her six children. And even though she has a partner to lean on for support, there are moments she wishes she had eyes in the back of her head to keep a close watch on her kids.

It's one of the many reasons why she decided to install a baby monitor in her youngest child's room. But one night she saw her 10-year-old son doing something to her baby that left her in tears when he thought that everyone else in the house was fast asleep.

Most Kids Have Issues With Siblings

For an only child, the announcement of a new baby is a total nightmare. They start to panic because they fear they’ll no longer be their parent’s favorite anymore. But these feelings subside eventually and they grow to love having a brother or sister to share their lives with.

Siblings Have an Unbreakable Bond

Most siblings grow out of the jealousy phase and start to develop a powerful bond with their brothers and sisters as the years go by. But it's a long journey to get to that stage where all your kids love and trust each other. Until that happens, some parents fear their oldest child might harm their newborn sibling out of jealousy. And that’s exactly what Gloria McIntosh feared.

She Instilled Good Values in Them

Gloria McIntosh is a mother of six and has always strived to do her best to instill good values in her children. She believes that what someone does when no one else is around says a lot about the individual’s character. And this is something she taught her kids as well. Sadly, one of her kids didn't seem to share her core values.

She Was Dead Tired

McIntosh and her partner knew that when you become a parent, you have to be at your newborn baby’s beck and call. Like any other newborn child, 18-month-old Greyson often cried when he needed changing or when he was hungry. But she really tired and needed a break. So, one night, she didn’t jump out of bed and go to his side.

The Baby Was Restless

Little Greyson was stirring in his crib restlessly. He couldn’t stop crying, which was pretty normal for babies his age. But the other people in the house were trying to sleep and his wailing was penetrating every wall, which was truly getting on his brother Mason's nerves.

He Tried to Ignore the Crying

10-year-old Mason had done his best to ignore his baby brother Greyson’s crying. He had placed his pillow over his head. He tried to sing a little tune to drown the noises. He even counted sheep but nothing could muffle the sounds of Greyson's constant wailing. Finally, he decided that enough was enough.

He Needed to Rest Too

Mason didn’t mind having another sibling in the house. But he also needed to rest because he had classes the next morning. And yet, he knew he wasn’t going to get any sleep unless he took care of the problem. So, he took matters into his own hands and got up to pay his baby brother a visit.

He Went to Confront His Brother

He pulled the sheets aside, got up, and stormed out of his room. His mission was to find his brother and put an end to the ruckus he was making. But he had no idea that he was being watched the entire time.

From the comfort of her bedroom, McIntosh and her partner watched through a baby monitor as Mason went into little Greyson’s room. They initially feared the worst as sibling rivalry was common for kids Mason’s age, but what he did was truly shocking.

Their Baby Monitor Was Intended as a Safeguard

They had installed a baby monitor in the room for the same reason most parents do. They wanted to keep an eye on their kid without having to get up and physically walk to the nursery every 5 minutes. It also served as a security deterrent in case someone broke into the house and tried to take the baby. But was the danger already in their home?

He Walked In With Intent

Shortly after Mason flipped the light switch on, he went straight for his brother’s crib with intent. Whatever may happen, he was going to make sure that his brother stopped crying that night. And he had a plan to make this happen.

Mason Reached Into His Brother’s Crib

The 4th grader leaned into the crib and reached out to grab his baby brother. At first McIntosh thought that she should get in there and stop her 10-year-old from hurting Greyson. But her maternal instincts told her to wait and see what Mason did.

He Took Him Out of His Crib

There were tears in McIntosh’s eyes but they weren’t from sadness. On the screen, she and her partner saw Mason giving Greyson a hug before lifting him out of his crib with his own two hands. And things only got cuter from there.

He Kept His Brother Entertained

Mason kept Greyson amused with a few of his favorite toys. Then he wiped his little nose and read to him for a little while. Once the baby was calm, Mason placed him back in the crib. But it wasn’t over.

Now that Greyson was calm, Mason could have simply turned off the lights and left. But he couldn’t because his little brother hadn’t gone to sleep yet. What was he going to do?

He Kept Him Company

Mason wasn’t about to let his brother spend the night all alone. So, he climbed into the crib, grabbed a blanket, and kept him company. But it didn’t explain why he didn’t just get his parents to do this.

He Didn't Want to Wake Up His Mom

Mason considered waking his mother up, but he suspected that she was sound asleep in her bed and he didn’t want to bother her. She had been such an amazing mom and he knew she could use some rest. This left him with only one choice, which warmed his mother’s heart.

It Brought a Smile to Her Face

“I was smiling the whole time,” she told TODAY Parents. “He has a love for Greyson that is unspeakable. I can’t even really explain it.” But she was concerned that Mason might wind up sleep deprived.

He Was Taking On a Grownup Role

As moving as it had been watching Mason be so gentle to his little brother, he was a child himself. She knew that at some point, the pressure might get to him and then he’d break.

Her 10-Year-Old Needed Her Help

McIntosh continued to monitor her two sons through the baby monitor. But soon, her happiness turned to concern when she realized that Greyson wasn’t falling asleep. Her son needed a break, too. So, she went to relieve him.

He Wanted to Give His Mom a Break

“I asked him, ‘Why didn't you just come and get me in the first place?’" McIntosh explained. “He was just like, ‘you had a big day and I just wanted you to get some rest.'"

His Kindness Overwhelmed Her

Mason’s kindness overwhelmed her, but she wasn’t surprised. Taking care of people was Mason’s kind-hearted nature. It’s why he spent over 30 minutes watching over little Greyson. But he could have just as easily woken up very mad.

Mason Steps Up for His Family

“I’m sure Mason was tired and cranky. He was woken up at 3 a.m.,” McIntosh said. “But how you saw him treat his brother is how he is. He steps up." But how did netizens react when she uploaded the video on social media?

McIntosh posted the baby monitor footage on TikTok and the video went viral. Soon, everyone had something to say. One Tik Tok user wrote, “He is going to be a loving father,” Another user wrote, “I cried too much wathing this omg.”

She Considers Herself Blessed

McIntosh considers herself quite blessed to have the family that she has. Not only is she happily married with six kids, but she also has Mason, who’s not only adorable but the best little helper a mother could hope for.