Camila Villafane
Meet The “Most Beautiful Twins in the World” Who Are Identical and Taking Over the Modeling Business January 13, 2020Leave a comment 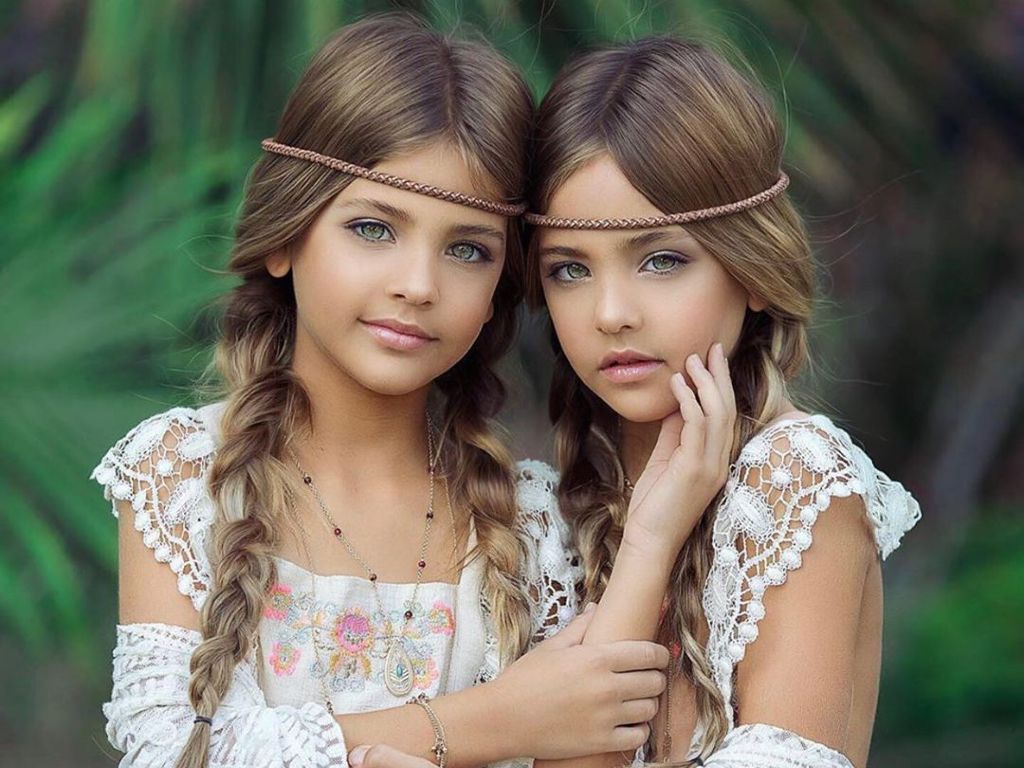 When Jaqi Clements gave birth to her twin girls in 2010, she knew she'd have to figure out how to handle being a mom of three and a wife to her husband Kevin. But she never imagined that seven years later her beautiful twins would become world-famous.

The Clements Family Was Growing

Jaqi Clements and her husband, Kevin, lived in Orange County, California, and were as happy as can be. By 2009, they already had a two-year-old son named Chase. And that's when they got the best news ever! Clements was pregnant again. The couple gleamed with joy. But this time, she was carrying more than one.

They Had to Prep for Twins

Clements was carrying identical twins. So, the couple prepared for two new additions to their lovely nest. But they didn't realize how much these little girls would change their lives in just a few short years.

They Arrived a Few Weeks Early

On July 7, 2010, Ava Marie and Leah Rose came into the world, but they were four and a half weeks early. “Knowing their personalities now it makes total sense that they would show up early, unannounced, and ready to take on anything!” Clements later wrote on her blog. The loving mom of three had no idea that the twins had an extraordinary destiny ahead of them.

Everyone Was Falling for Them

Clements remembered how family, friends and strangers would walk up to them and mention how beautiful the twins were. Some even suggested the sisters with their piercing green eyes were definitely model material. So, it wasn’t long before Clements started considering her daughters’ future in the modeling industry.

When the twins were 6 months old, Clements went to a modeling agency in Los Angeles, California and signed up her girls. But it was too much to handle for a mother with a two-year-old son at home who was also taking care of the two baby girls. So, after three months, she gave up on the idea. But this was only a temporary setback...

Performing Was Second Nature to Them

By the time the twins were seven years old, their distinct personalities started to show, and so did their love for the spotlight. “They loved to perform their dance routines in front of an audience, any audience. Neighbors, friends, strangers… it didn't matter to them, they loved to be the center of attention,” Clements wrote on her blog. And this was exactly the sign she was looking for.

It Was Time to Prep Them for Their Journey

The twins loved doing activities like swimming and dancing. They also loved being active and having fun. So, Clements realized it was time to send them on a journey that would soon have people across the globe calling them the "most beautiful twins in the world.”

7 Was the Twins’ Lucky Number

On 7/7/2017, Ava and Leah celebrated their 7th birthday, which was a sign for the Clements. On her blog Jaqi wrote, “Aside from the fact that I'm a huge believer in signs and have been told by almost everyone that 7 is a lucky number, I just had a feeling that this year was going to be a fun and exciting year for them.” But first, she had to see if the twins were interested in her idea.

They Gave Modeling Another Shot

“I presented my idea to the girls that if they were up for it, in addition to their dance classes and swim team practices they had every week, they could give modeling a try,” Clements wrote on her blog. The twins said yes right away. But the girls were still missing something all models needed.

The girls needed a portfolio before walking into a modeling agency. And just in time, opportunity knocked when Clements learned that her neighbor had started a kid’s pop up boutique from inside her garage and needed children to model her clothes and spread the word about her business.

Clements found her old Nikon camera, gave the girls a hair makeover and started shooting. It was the twins' first photoshoot, so there were a few hiccups along the way. Jaqi started to wonder if the girls were modeling material in the first place.

There Were Behavioral Issues

“Ava would look at the camera while Leah would stare off into space… Leah would accidentally bump into Ava who, of course, thought it was on purpose and would shove her back,” she explained on her blog. But she knew there would be a learning curve, so she took a deep breath. Clements knew that if the twins were meant to be models, they would eventually become more comfortable in front of the camera.

They Didn’t Know How to Pose

At first, the twins didn’t know how to pose for the camera. Then again, no one is born with modeling skills. So, Clements had to teach them how to loosen up in front of the camera until they learned that having fun and expressing themselves would result in some beautiful shots. Eventually, Jaqi got enough photos for her neighbor and the portfolio. Now, she just needed to find agencies that would want to work with the girls.

Clements sent their portfolios to modeling agencies she had reached out to when the twins were babies. While she waited for a response, she created an Instagram account called @clementstwins. But only time would tell if her daughters had what it takes to become social media stars.

The Number of Followers Rose

Two months later, the twins had gained 1,000 followers. When they reached 3,000 followers, fashion photographer Isa Battaglin took some incredible headshots of the girls, which caused their number of followers to absolutely skyrocket.

They Were Becoming Insta-Famous

After the headshots were uploaded, their number of followers went up to 15,000. As Clements posted more photos, the account jumped to 25,000 followers soon after. And before long, the twins had a whopping 300,000 followers! That’s when Clements realized that she was crucial to her daughters' career.

She Discovered Quality Was Key

Clements discovered that the twins’ Instagram numbers grew with each photo she posted on social media. But she quickly realized it wasn’t just the way her daughters looked, but the quality of the photos she picked. And before long, the phone started ringing.

She Heard Back from Almost Everyone

“To my surprise, I heard back from almost every single one,” she wrote on her blog. With so much interest, Clements signed the twins with two modeling agencies. And before she knew it, the girls were booking gigs left and right.

Jobs Poured in From All Over the World

They might have been young and lacked experience, but Ava and Leah loved the camera the camera loved them right back. The girls booked dozens of modeling gigs with magazines and kids clothing brands. At one point, they even did six photoshoots in seven days. But the twins weren't the only ones keeping busy...

Their Brother Cut to the Chase

Their older brother Chase already had some experience doing commercials when he was signed on with the same modeling agencies as his sisters. So naturally, Clements created an Instagram for him called Cut2thischase. But the twins' mom and her husband weren’t slackers either.

Mom Tries to Set a Good Example for the Twins

Clements continues to manage her kids’ modeling careers while she tries to set a good example for them by promoting a healthy lifestyle. In some instances, the entire family was asked to participate in photoshoots together! But even with their incredible luck, the Clements have hit a few obstacles along the way.

Over the years, the twins have booked impressive gigs for brands like Target, Skechers and Guess. Many fans can't wait to see what the girls are going to do next, but sadly, lots of folks have criticized Clements on social media for allowing her daughters to wear makeup and participate in an industry that is known to be extremely competitive and cutthroat. That’s sadly not the only thing that has naysayers concerned.

They Looked Sad in Their Photos

Netizens assumed that the twins had been pushed to become models because of their serious gazes in most of their Instagram photos. But Clements quickly explained that her daughters play a role depending on the photo shoot’s mood. And when necessary, she uses her blog to set the record straight.

They Have a Normal Childhood

“They are happy! They have an amazing childhood with lots of friends that they get to play with every day!” Clements wrote on her blog. She makes sure that the girls and their brother have a happy and normal childhood. But she never realized that making the twins Insta-famous could one day save the life of someone very close to them.

They’re Trying to Save Their Dad

On Halloween 2019, the twins’ dad was diagnosed with t-cell acute lymphoblastic lymphoma and leukemia. So, the twins are urging their 1.5 million Instagram followers in the Orange County, California, area to help them find a perfect bone marrow match to save his life. And we wish them all the luck in the world!