Camila Villafane
Mother Hides Recording Device In Son’s Backpack And Is Shocked By What She Hears March 2, 2020Leave a comment 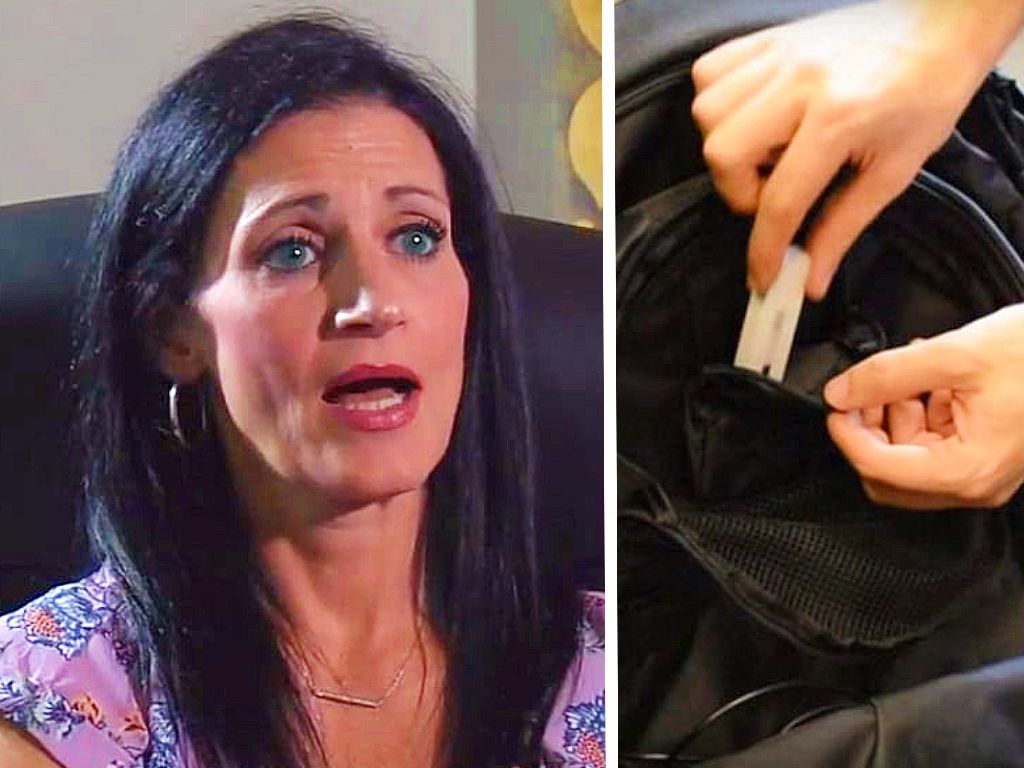 Camden Davis's mother, Milissa Davis, wasn't sure what to do after her son's behavior took a turn for the worse. She reached out to her son's school to see if they knew why his attitude had changed, but no one she spoke to seemed to care. Then, she decided to do a little investigating of her own, and what she uncovered left her stunned.

She Loved Her Life

Milissa Davis from Baton Rouge, Louisiana, was a married mother of three young boys. She loved her job because she got to work with mini horses that are trained to be therapy animals. But she had one family member who kept her very busy.

Her Son Was a Handful

Her then-12-year-old son, Camden, was autistic, so he kept her really busy. Naturally, she was very protective, so when he began to behave oddly, she started checking to see what was wrong. And the first thing that came to her mind was his situation at school. Could his teachers be stressing him out?

The School Had the Best Reputation

Davis considered herself lucky because Camden got into the Greater Baton Rouge Hope Academy. "Inclusion, encouragement, positive relationships and recognition of student accomplishment," were part of the school's motto. So, she assumed her special needs son would be safe there. But, she was mistaken.

They Specialized in Teaching Students with Learning Disabilities

The Academy prided itself on their ability to teach students who had learning disabilities like autism, Asperger syndrome, ADHD, down syndrome, cognitive disabilities and dyslexia. But something had gone terribly wrong with their capabilities to teach their students.

His Attitude Was Unusual

Davis noticed unusual changes in Camden's attitude a few months into the school year. He was more anxious and aggressive than usual, and he started wetting his bed, which was something he had stopped doing when he was 3. So, she decided to talk to him about it.

When she asked her son if anything was wrong, he wouldn't tell her.  But she got the distinct impression that he was keeping something from her. And as a mom, she wasn't about to give up on him that easily. So, she turned to the school for help.

She Tried Getting Answers From the School

Davis suspected that her son's odd behavior had something to do with his new school, so she paid Hope Academy a visit and tried speaking with school officials, including the principal. But the school wasn't very accommodating. So she decided to take a different approach.

She Hid a Recorder in His Backpack

Davis stuck a tape recorder inside Camden's backpack and sent him on his way one morning. She was hoping that the device would give her some clue as to what was really going on at school. But she had no idea that her heart would sink once she heard what was on the recorder.

She Had Taken Desperate Measures

She realized that her measures were a bit desperate, but since the school didn't want to help her, she didn't have any other choice. As soon as Camden came home, she was eager to hear what was on the recording. But curiosity turned to concern and then outrage. After she heard what was on that tape she started shaking profusely.

She Thought Students Were Bullying Her Son

Davis had made the assumption that students were bullying her son, which is sadly, not an uncommon occurrence in schools these days. It turns out that she was only half right. Camden was being bullied, but not by the students.

The recording showed that it was the adults at school who were making fun of the way students spoke, and as if mocking wasn’t bad enough, a teacher and teacher’s aide told Camden that someone like him would "never make it" in public school. In that moment, Davis felt like she was about to explode.

She Felt Betrayed by the School

"I just wanted to cry, scream and do everything I could because it was so bad," she told WBRZ. "To think that I had sent my son there every day, and what had happened before, that I didn't know about." But she wasn’t about to let them get away with it.

She Took Legal Actions Right Away

She turned to the media as well as social media for help. She even hired a lawyer to pursue legal actions, and Attorney Charlotte McGehee took actions that shook the foundation of Hope Academy to its core. But, the school claimed that Davis didn't come to them first.

She Refused to Speak With School Officials

Hope Academy principal Linda Stone addressed the allegations in a statement and claimed that Davis had refused to meet with school officials to talk about how to handle the situation. In fact, Stone claimed that she only learned about the incident after the recordings were uploaded online.

The Teachers Paid for What They Did

The Academy’s officials were alerted to Davis’ recording posted on social media on March 23, 2018, and they immediately took actions to remedy the situation. This led to the eventual termination of two teachers. But Davis’ attorney wasn’t done yet.

"One of the worst possible things you can do is take advantage of the infirm, or a disadvantaged child," McGehee told WBRZ. "They need the extra protection, and he didn't get it. When I heard the treatment of this child through the recording his mother made, I was horrified." But McGehee and Davis were determined to ensure this never happened to another student again.

She Wanted Parents to Be on Alert

Davis shared the audio clips in the hopes of alerting other parents to be on the lookout for similar warning signs in their special needs children that might indicate a similar situation. And the school board’s president assured everyone that things would change.

The School Board Looked for Solutions

Board President Brandon Black sat down with parents to discuss ways they planned to prevent what happened to Camden from ever happening again. Some of the ideas discussed included finding money in the budget to add cameras in the school, but this wasn’t enough to tame one father’s anger.

Another Parent Was Profoundly Disappointed

Aidan Reynolds, whose son is autistic, was stunned by Davis’ recordings. "The father in me was outraged, profoundly disappointed," Reynolds told WBRZ. "I was angry. The lawyer in me was, how did they let this happen. How are they screening these teachers? Are they providing them with any support or sensitivity training?"

Sensitivity Training and Other Items Were Discussed

Some of the items that President Black discussed with parents included sensitivity training for the teachers at Hope Academy as well as running more extensive background checks while the school continued doing some much needed damage control.

Meanwhile, Hope Academy tried doing some damage control. “Over these many years, Hope Academy has built a strong reputation for competently serving the educational needs of the special needs community. These recordings are not an indication of who we are. We ask that the community not let the actions of two persons reflect on the reputation of and the mission of our school—a mission we have tried so hard to build,” Principal Stone explained in her statement. But Davis isn’t taking any chances.

"If they're special needs, look at the situation as to why your child is acting that way, because no child deserves to go through what my child did," Davis told WBRZ. But as a mother, she had to make sure that what happened to her son never happened again.

She Took Her Son Out of Hope Academy

Davis took Camden out of Hope Academy and enrolled him in a new school. But the trauma of what happened before had left her questioning whether his new teachers could be trusted, so she made sure they were qualified.

She Checked the New Teacher’s Qualifications

She double checked to see that Camden’s new teacher had a background in psychology and experience in dealing with kids with special needs. But she knows that the repercussions of her son’s ordeals left a bitter aftertaste.

She Hopes Her Son Will Recover

Unfortunately, the trauma of Camden's experience by his former teachers continues to haunt him. But Davis believes that with some love and support, her son will become the sweet boy he used to be again.