When Mother-To-Be of Quints Visits the Hospital, Doctors Shatter Her Dreams of Parenthood

Camila Villafane
When Mother-To-Be of Quints Visits the Hospital, Doctors Shatter Her Dreams of Parenthood January 16, 2020Leave a comment 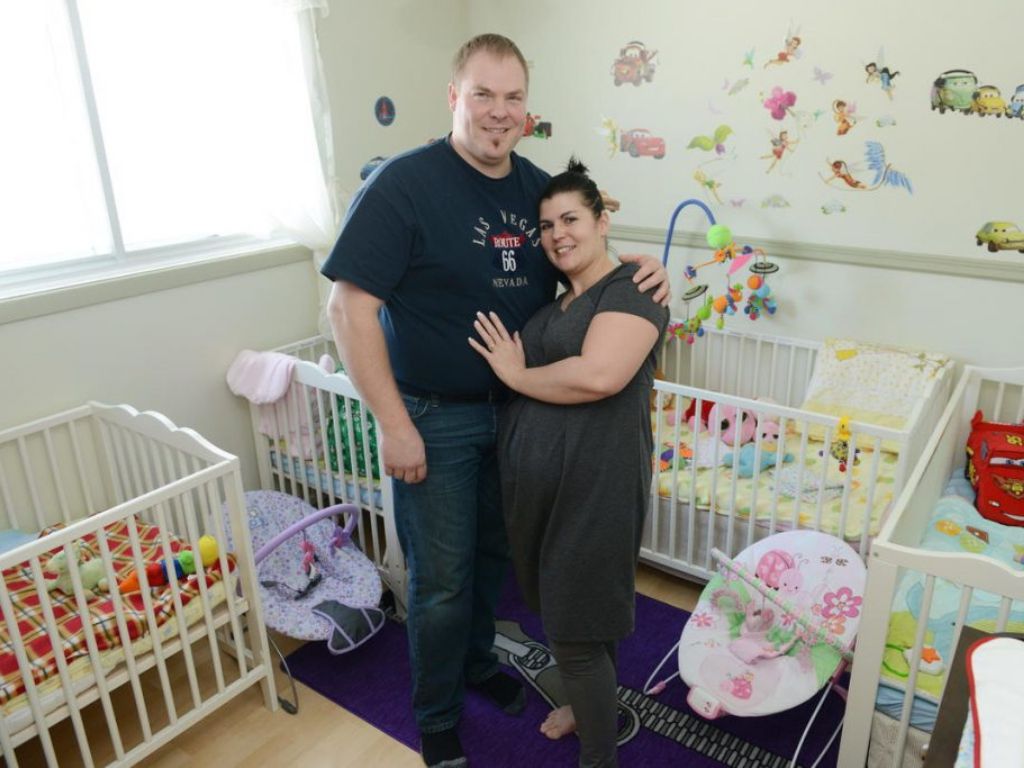 In 2013, Paul Servat from Montreal, Canada, found true love online with his girlfriend, Barbara Bienvenue... or so he thought. Shortly after, she told him she was pregnant with not one but five babies. When the truth came out, his entire world came crashing down.

He Never Expected This to Happen

We’ve all been guilty of stretching the truth when we first met someone we are romantically attracted to. But in 2013, Paul Servat became a victim when the love of his life sold him on an elaborate story.

He Believed He Had Found the One

Servat thought he had found the love of his life when he met Barbara Bienvenue online. The two of them hit it off right away. But only two months into the relationship, Bienvenue dropped a bombshell that ended up changing his life forever.

She Told Him She Was Expecting

Bienvenue told him she was pregnant, which blew Servat away. They were still in the early stages of their relationship so having kids wasn't something that was on their minds so early on. They hadn’t even moved in together or discussed marriage. Were they ready for children so soon?

He Tried Being Supportive

Despite the initial shock, Servat was a loyal and loving partner who would support his pregnant girlfriend at all costs. He was starting to get used to the idea of becoming a dad. "We were so happy," he said. But Bienvenue’s pregnancy was anything but normal. The woman learned she was having more than one baby, which left Servat completely speechless.

She Was Having Multiple Babies

Bienvenue told her boyfriend that she was having twins, which later turned out to be false. She was in fact having triplets, or so she assumed. Then, a very confused Bienvenue learned she was having quadruplets! The number of babies kept increasing until Servat discovered the stunning news.

The Final Number Was Five

Servat discovered that he was going to be a father of five and was obviously in shock at first. He knew that he and his girlfriend were nowhere near financially stable enough to feed, dress and house quintuplets. So, the couple had no choice but to ask for help, not realizing this would later backfire on poor, unsuspecting Servat.

They Asked Their Community for Help

The couple asked for support from their family, friends and of course, the internet. They used a Facebook page to ask their community for donations, and it wasn’t long before their cry for help was answered. But some people were having doubts about the couple... and rightly so.

Furniture, clothing and diapers were just some of the items the couple received for their quintuplets. Servat and Bienvenue were incredibly touched by everyone’s generosity, but some people noticed that something wasn’t right with the pregnancy.

A Woman Gave Her Pregnancy Tips

A woman named Genevieve Laflamme had recently had triplets, so she took it upon herself to share a few words of wisdom with the new expectant mom. She told CTV: “'I gave her tips on how to handle it, where to get financial support, where to get sponsors for diapers.” But she also noticed that Bienvenue’s version of events didn’t add up.

She Saw Holes in Her Story

A week before Bienvenue’s due date, she told Laflamme that the latest ultrasound had revealed she was having quintuplets. But that didn’t make sense because of the way Bienvenue was moving around so easily, when she was allegedly ready to pop. The timeline of her pregnancy didn’t make much sense either.

She Should Have Been on Bed Rest

A full-term pregnancy is 37 weeks. But women carrying multiple fetuses either go into labor early or are ordered by doctors to stay in bed months before their due date. And as it turns out, Laflamme had every right to be skeptical.

She Went Into Labor Early

Bienvenue went into labor during her 34th week, so Servat excitedly rushed his girlfriend to the hospital. They had already picked out four of the children’s names— Alexander, Sebastian, Charles and Rosalie. But then Servat got the worst news any father could get from doctors.

There Were No Babies

Servat couldn't understand what the medical staff was trying to tell him at first. He assumed that Bienvenue had lost the babies. But the doctors were quite thorough in their examination and discovered that there were no fetuses growing in her womb. Servat couldn't understand how this could have ever happened. He had been by his girlfriend's side the whole time and was baffled by the heartbreaking news.

She Had a Phantom Pregnancy

“The doctors told me it was a phantom pregnancy,” Servat told the Daily Mail. But the medical staff had even more shocking revelations to share with Servat that left him confused and devastated.

She Had Never Seen a Doctor

The hospital had no records of Bienvenue ever having been there for a check-up. And a nurse showed Servat the test results from her blood work, which showed that Bienvenue had never been pregnant, either. Much to his horror, his girlfriend had seemingly been lying all along. But, there was a reason she was able to fool him for all these months...

She Was Psychologically Evaluated

Bienvenue had all the symptoms of a pregnant woman, like morning sickness and a swollen abdomen, but the pregnancy was all in her head. So, once the truth came to light, she was psychologically evaluated for pseudocyesis, the clinical term for phantom pregnancy. But Servat was the one who ended up needing help.

He Had Lost Everything

There was another victim here and that was Servat who was emotionally destroyed by Bienvenue’s deception. "I lost everything, it was my whole life," he told the QMI Agency. But he wasn’t the only one who had to deal with the heartbreak.

They Looked Forward to Having Grandchildren

"We were so happy," Servat told the QMI Agency. "Even my parents, they were so looking forward to having grandchildren." But aside from dealing with the harsh truth, Servat also had to deal with the aftermath of Bienvenue's alleged phantom pregnancy.

He Had to Make Amends

"I’ll return all these things to people who sent them or give them (away)," Servat told the QMI Agency. "I’m a good person and I have nothing to do with these lies." But would he face legal charges for the alleged deception?

No One Filed a Fraud Complaint

"The spouse, who was also jilted with this whole story, has been reimbursing some of the associations," Local police spokesperson Sergeant Luc Tougas told ABCNews.com. The officer was happy to report that his department hadn’t received any fraud complaints from the people who donated money and baby items to the couple. Sadly, this wasn’t the first time Bienvenue had lied this way.

She Had Lied to Others Before

An unnamed relative from Bienvenue’s side of the family claimed she once told people she had leukemia when she didn’t. And another ex-boyfriend from her past claimed she had told him they were having twins when they weren’t. Unsurprisingly, Bienvenue had also cut ties with her friends and family before she put on this ruse.

She Cut Ties With Her Loved Ones

According to the QMI Agency, Bienvenue’s family and friends weren’t shocked by what she had done. She had reportedly severed ties with the ones she loved because she didn’t want anyone to know what she was up to. But the reason why she did what she did was still unclear.

The Cause of Her Phantom Pregnancy Was Unknown

The cause of pseudocyesis isn’t entirely clear, but according to Americanpregnancy.org, it may be the result of physical or mental trauma, as well as a chemical balance in the brain. It may also be caused as a result of fertility issues or childbirth-related complications.

Some women might experience pseudocyesis after having a miscarriage or if they are having issues conceiving because of infertility. Women entering menopause have also been known to exhibit the same symptoms. But whatever became of Servat and Bienvenue?

They Needed Time to Heal

Bienvenue was provided psychological support to recover. Although she and Servat have remained out of the spotlight since the incident, we hope that they’ve found peace and happiness on their own.