khadijaleon
Mother Uncovers A Strange Photo Of Her Daughter’s Fiancé That Confirms Her Suspicions February 4, 2020Leave a comment 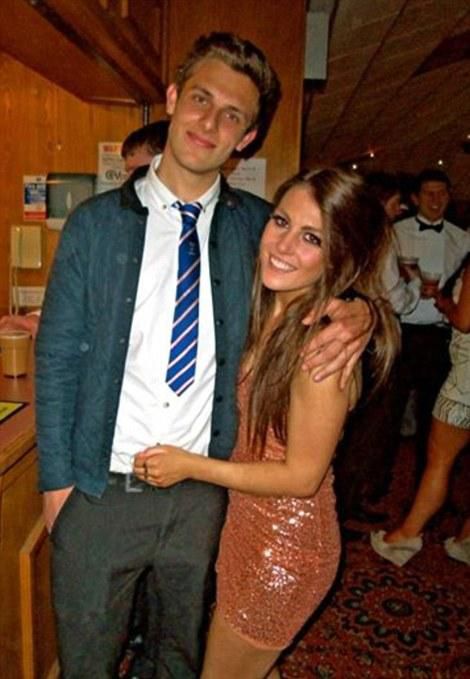 There’s nothing like a mother’s intuition, and there have been several situations where it has been proven to be right. One such instance involves a mother named Kay, who, within the first few minutes of meeting her daughter’s boyfriend, had a sneaking suspicion that there was more to him than meets the eye.

Her suspicions were confirmed when she stumbled upon a strange photo taken almost two decades before. Her discovery would change their lives forever, but what did it mean for her daughter’s relationship? Was he the man who he claimed to be?

Long before, Kay’s daughter, Heidi, brought home her boyfriend, who would later become her fiancé, she was accepted into the University of Newcastle. There was no doubt that moving away was going to change her life forever, but no one, not even her mother, had any idea what was in store for young Heidi.

In the fall of 2011, Heidi, like many other students, left home to go off to college. What made Heidi’s situation a little different was that first-year students were not required to live on campus, so she and some friends decided to share an apartment.

The living situation was far from what she pictured for herself, and soon she was looking for other accommodation. She viewed several rental properties before settling on a small studio apartment close to her campus.

On what seemed to be a normal day, Heidi received a strange Facebook message. It was from a man named Ed. He claimed to be a former tenant in her old apartment, and he needed her help to fulfill a rather strange request.

It turns out that Ed was not very handy, and he struggled when using the unit’s washing machine. He thought to himself that if anyone knew how to use the machine, it would be the previous occupant. Heidi tried her best to help over the phone, but it was all in vain.

She soon decided that it would be easier to show Ed how it works rather than try to explain it over the phone. She made her way over to her old place, and it didn’t take long for her new friend to have fresh and clean clothing.

Just as she was getting ready to leave, Ed asked her to wait; there was something else that he wanted to ask her. Ed asked Heidi if she wanted to go out on a date with him.

Heidi was pleasantly surprised because she found him attractive from the day he sent the gift message. The two students had their first date at a local café, and they seemed to hit it off almost instantly.

It didn’t take long for them to become a couple, and the two continued to date while they attended university, but there was one day that was quickly approaching -graduation. Would their relationship survive past university?

Not only did their relationship survive the distance, but it flourished because of it. With secure jobs, the two moved in together, and they quickly decided that there was only one thing left to do.

The couple decided that it was time to meet each other’s families. Both Heidi and Ed contacted their mothers, and the plans were set in motion. The four had planned to meet up for dinner at the couple’s favorite restaurant.

After some anxiety-filled days, the day that they’d been waiting for finally came. Ed and Heidi walked in with mothers, but little did they know that the fate of their relationship would come down to that very meeting.

Luckily for them, they all hit it off, and it didn’t take long for their mothers to exchange stories and old family memories. It was like they’d been friends for a very long time. And they found out that they had one particular interest in common.

After exchanging stories, they learned that both families loved to sail, even taking vacations in the same parts of the Mediterranean at the exact time. Kay went as far as sharing an embarrassing story of Heidi’s first crush in Turkey.

Ed Asks Heidi To Marry Him

Before Kay could finish, Heidi and Ed interrupted to share some important news. Shortly before dinner, Ed asked Heidi to be his wife, and she accepted his proposal. The moms’ shock soon turned to happiness, and now there was a wedding to plan.

Kay Prepares For The Big Day

Kay returned home shortly after dinner, and a few days later, she decided to do a bit of cleaning up. Between having to get pre-wedding supplies and storing post-ceremony gifts, she wanted to have some space in the attic.

While cleaning the attic, she found something strange tucked away in one of the corners. It was an album, covered in dust. Kay has not been through it in years, so she thought that her daughter’s upcoming wedding would be as good a time as ever to reminisce.

Looking At The Photo Album

Kay sat down, opened the album, and after going through it, realized that it contained pictures from one of their family trips to Turkey. One of the photos caught her the most. It was a photo of a younger Heidi with a boy around the same age.

Immediately, the memory of the sentiment shared at Heidi and Ed’s dinner flashes back to her. He was Heidi’s first “boyfriend.” The two spent the entire vacation holding hands, and although it made her smile, it also made her think. Something about him seemed so familiar. It’s almost as if she’s seen him somewhere recently.

Putting The Pieces Together

After a few minutes of staring at the picture, something clicked. She remembered the boy’s name; it was Ed – the same as Heidi’s fiancé. At dinner, Ed’s mother told her that their family also vacationed in Turkey, and suddenly, everything clicked.

Getting In Touch With Ed's Mother

Kay quickly ran to her phone, took a picture of the old photo album and sent it to Ed’s mother, Fiona. Within seconds of sending the photo, Kay’s phone rang. It didn’t come as a surprise that Fiona wanted to speak about their children.

Fiona’s call confirmed what many people would believe to be impossible. It was Ed, her son. He and Heidi met when they were six years old, and they were in a relationship back then. Now they’re about to be married.

Their strange connection propelled many of their family members to become friends. It is evident that the two families, by some force, were meant to be united. Ed and Heidi were fortunate; not all blasts from the past are as incredible as this one.