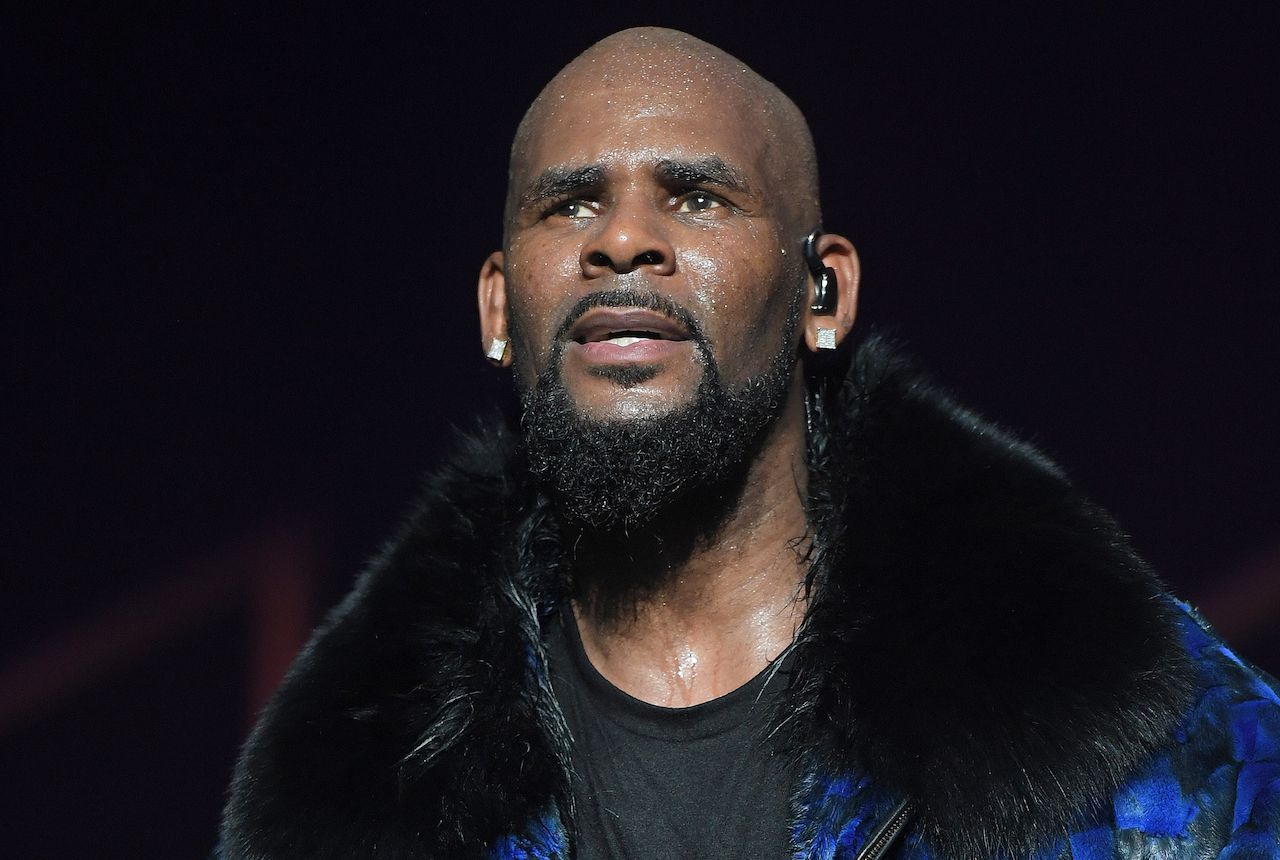 Can you separate the art from the artist? I mean, do you listen to songs just as songs but ignore the person behind the music? Or do you want to know the person who made it intimately? Because, unfortunately, some musical artists have more checkered pasts than others. And these artists who did bad things just might ruin your favorite song.

On June 18, 2018, rapper XXXTentacion, born Jahseh Onfroy, was shot and killed at the age of 20. During his short life, he changed the rap landscape with his abrasive, emo-influenced sound. But he also regularly committed acts of violence, having been charged with several felonies ranging from robbery and witness tampering, to abuse of his pregnant girlfriend.

As of this writing, two things are true: Rapper Tekashi6ix9ine (born Daniel Hernandez) released a hit album called Dummy Boy featuring luminaries like Nicki Minaj and Kanye West. And, he's currently awaiting trial for life in prison for racketeering. Before this case, he's been charged with domestic abuse and inappropriate contact with a minor. In the latter case, he pleaded guilty.

Thanks in part to the Lifetime documentary series Surviving R. Kelly, we're now becoming aware of the extent of the R&B superstar's crimes against humanity. He's been accused of inappropriate contact with minors for years, including an infamous tape, but was always acquitted. But now, revelations are pouring in of Kelly's maintaining a cult of victims, all undergoing tortuous circumstances and actions.

In 1984, rock band Queen was at the height of their powers. So they embarked on a world tour, including a nine day stint in Sun City, South Africa. There was just one problem: South Africa was in the middle of apartheid, an institutional practice of segregation by race. The UN advocated for a worldwide disinvestment practice, to put economic and cultural pressure on South Africa to stop apartheid. Queen played anyway, citing their desire to play for the fans.

Rocker Ted Nugent has a troubling history of inappropriate contact with underage girls. In 1978, he (at the age of 30) even wanted to marry a 17-year-old girl he had entered a relationship into. So he had her parents sign paperwork to make him her legal guardian. Additionally, musician/actor Courtney Love has alleged Nugent forced her to perform inappropriate acts on him at age 12. Nugent himself has recorded a song called "Jailbait," in which he sings about a 13-year-old girl.

In 1975, Steven Tyler, the lead singer of Aerosmith, persuaded the parents of a 16-year-old girl to let him become her legal guardian, so they could live together and engage in a romantic relationship. Tyler was 27 at the time. The two dated for three years, with the girl becoming pregnant. Due to concerns regarding their drug abuse, Tyler persuaded the girl to have an abortion.

Hip-hop superstar Drake has a friendship with 14-year-old Stranger Things star Millie Bobby Brown. They text about everything, including dating advice. Is this relationship above board, or is something bad going on? It may change your opinion to know that footage recently surfaced of Drake behaving inappropriately with an underage girl on stage, even after finding out she was underage.

In early 2018, the "Kiss From A Rose" singer Seal posted a video criticizing Oprah Winfrey for posing with Harvey Weinstein. This inspired his neighbor, actor Tracey Birdsall, to charge him with sexual battery and unwanted contact, based on several instances years prior. The case was ultimately rejected by the Los Angeles District Attorney's office.

In the 1990s, funk-rock-hip-hop hybrid group Red Hot Chili Peppers were at the top of the world. But music executive Julie Farman paints the picture of a different legacy. The band met with her to discuss a potential working relationship with Epic Records. When she invited two of them to look at various albums in a closet, they pressed up against her against her will and said inappropriate things. If you look even further in their history, you'll see these aren't isolated acts: singer Anthony Keidis was convicted of indecent exposure and sexual battery just a few years prior.

Phil Spector is one of the most influential music producers and songwriters to have ever lived. His dense "wall of sound" production techniques can be heard in iconic songs like "You've Lost That Lovin' Feelin'". And in 2003, he shot and killed actor Lana Clarkson in his California mansion. He was tried twice -- the first trial resulted in a hung jury. The second jury found him guilty, and he is currently serving a sentence that could last his lifetime.

In the 2000s, Nelly was the go-to party pop-rapper, with hits like "Ride Wit Me" and "Hot In Herre". But in 2017, he was arrested for raping a woman on his tour bus near Seattle, WA. While he was eventually free from custody with no charges filed, he was later accused again of inappropriate behavior in 2018, for actions stemming from a show in England.

At one point, rapper Mystikal was touted as the next James Brown, with his funky, shout-rapping style propelling hits like "Shake It Fast" into the mainstream. But in 2004, he served six years in prison for forcing his hairstylist to perform nonconsensual acts, filming the entire thing. He mounted a small comeback upon his release (including an appearance on Mark Ronson's hit "Feel Right"), but later turned himself in to the police in 2017 for rape charges.

Jazz pioneer Miles Davis had a temperamental persona his entire life, due in part to his perfectionism and drug addiction. He took this out on his many lovers, including ex-wife Frances Taylor, a dancer. In his autobiography, Davis detailed how he abused her, hitting her regularly. He expressed regret and remorse over his actions, saying that his drug abuse caused him to hallucinate things that weren't there.

The Beatles are widely seen as the greatest band of all time. One of their central figures, John Lennon, lived a life full of controversy and misconduct. He regulary abused his first wife, Cynthia, eventually writing about it in songs like "Run For Your Life" and "Getting Better". He made homophobic and anti-Semetic remarks to the Beatles' manager Brian Epstein, and beat someone up who wondered if Lennon himself was gay. And he cheated on his final wife Yoko Ono with a woman named May Pang, whom he tried to strangle before being stopped.

Jimmy Page, guitarist for famous, influential rock band Led Zeppelin, engaged in a long relationship with an underage girl in the 1970s. Her name is Lori Mattix, and she was with him when he was in his 20s and she was 14. Mattix spoke on the matter as an adult, stating that while she didn't find the relationship to be illicit at the time, she now finds it wrong. She broke off the relationship after finding Page in bed with another woman.

Chameleonic iconoclast David Bowie was also involved in a relationship with the underage Lori Mattix when she was 14. They first met at an LA club. Months later, Bowie had Mattix picked up by his bodyguard and taken to his hotel. There, they engaged in inappropriate activities the entire night, which Mattix later revealed was her first time having sex.

Jerry Lee Lewis was one of the pioneers of mainstream rock and roll music, performing signature hits like "Great Balls Of Fire" in the 1950s. However, in 1958, it was revealed that Lewis married his own cousin, and that she was underage. At the time of their marriage, she was 13 and he was 22. His career stalled out after that, but he eventually saw a comeback and critical reappraisal. He still performs to this day.

The Godfather of Soul, James Brown was a charismatic performer who pioneered sounds of funk, R&B, and hip-hop. He was also a habitual abuser of women in his life. He had a relationship with singer Tammi Terrell when she was only 17, and he treated her with horrifying violence until she escaped. He was then married four times, all with resulting domestic abuse cases.

If you've been to any sports game, you've undoubtedly heard Gary Glitter's music. The glam-rock pioneer's "Rock And Roll Part 2" is a jock jam staple, despite the fact that it was written and performed by a pedophile. In 1999, Glitter was found guilty of possessing child pornography, and sentenced to four months prison. Upon release, he fled to Cambodia, where he was eventually arrested two more times again for improper conduct with minors. He's currently serving a a 16 year sentence.

Ol' Blue Eyes ran with an interesting crowd. Beyond being arguably the most famous jazz singer, Frank Sinatra was alleged to have deep mobster ties. His godfather was Willie Moretti, a heavy hitter in the notorious Genovese crime family. Moretti reportedly arranged for facets of Sinatra's success in shady ways. Sinatra also attended the Mafia Havana Conference in 1946, and maintained friendships with many mafiosos in his life.

Eric Clapton, one of the most influential guitarists of all time, is on record as comitting domestic violence and saying racist comments. The former incidents were committed against his first wife, Pattie Boyd. The latter incident occurred on stage in 1976, in which he said that Britain was being ruined by black people, and even shouted white supremacist slogans.

Elvis Presley brought rock and roll, soul, gospel, and blues to mainstream culture. And he regularly brought underage girls to his home. He would behave inappropriately to underage fans after his concerts, and he would groom underage girls by hosting sleepovers that started innocently enough. He started his relationship with eventual wife Priscilla when she was 14.

One of the pioneers of rock guitar, Chuck Berry made his cultural mark with hits like "Johnny B. Goode". But his career was marred by pervasively inappropriate behavior. In 1960, he served five years in prison for entering a sexual relationship with a 14-year-old. In 1987, he was charged with violently assaulting a woman at a hotel. And in 1990, he was accused of installing cameras in women's bathrooms in a restaurant he owned. He settled that case in court.

Soul and hip-hop maestro CeeLo Green has a distinct singing voice, anchoring iconic hits like "Crazy" and "Forget You". But in 2012, he was accused of drugging and taking advantage of a passed out woman he met. The case dragged on for a couple of years, and he eventually pleaded no contest. But he took to Twitter to deliver a diatribe on his views on sexual misconduct, which many criticized.

Although his music was all about love and positivity, reggae star Bob Marley led a different life in private. His wife, Rita, bore the brunt of Bob's improprieties, as he regularly cheated in her with a variety of mistresses. Then, in 1973, he allegedly forced himself on her without her consent. Rita gave all the details for the first time in a 2004 interview, but insisted she still loved Bob, and forgave him.