Bridget Daly
This Man Who Appeared On “My 600-lb Life” Died Tragically Right Before His Episode Aired March 8, 2018 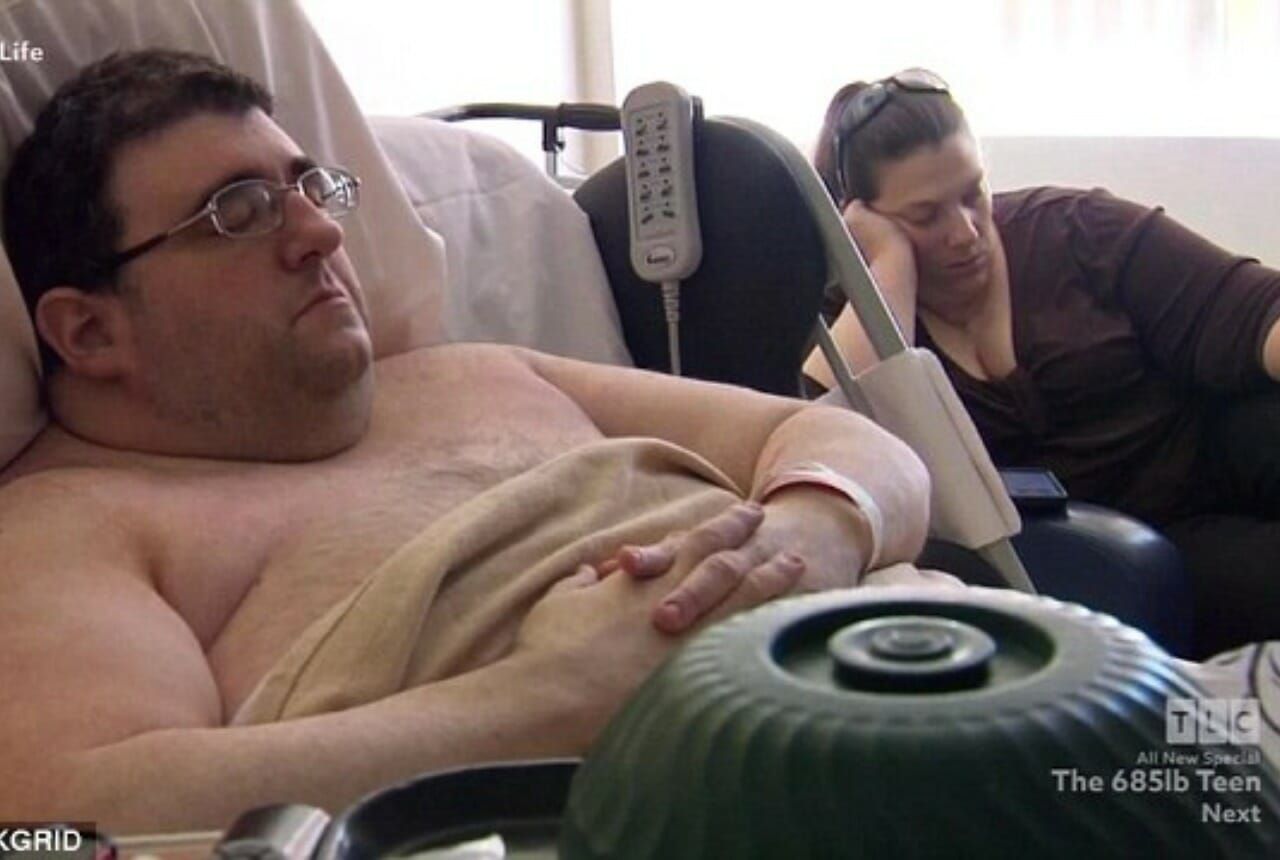 TLC's reality series My 600-lb Life shines an unflinching light on the harsh realities of those suffering with a chronic and often lifelong weight problem. In each hour-long episode, the struggles of the super-morbidly obese are put on display as these individuals engage in a literal fight for their lives – to either lose enough weight to undergo gastric bypass surgery or succumb to their devastating food addictions. Sadly, Robert Buchel, who appeared recently on My 600-lb Life died of a heart attack before his episode even aired. Not all participants featured on the reality series beat the odds.

Robert Buchel, a 41-year-old man from Forked River, New Jersey battled a food addiction for nearly his entire life. Eventually ballooning to a staggering 842 lbs, Buchel was the heaviest participant to ever be featured on My 600-lb life. Reflecting on his crippling physical condition, Buchel said he felt "blessed and shocked at the same time" to be alive when he awoke each morning. Source:http://wcfcourier.com/lifestyles/a-my--lb-life-participant-dies-while-filming/article_b67247ff-0da5-5a91-8e44-fb0e8f970a8a.html

Early on in Buchel's featured episode, the self-confessed food addict reflected on his motivation to finally seek assistance for his weight loss goals. "To carry all this weight is physically draining--mentally, emotionally taxing," he admitted. "It's not a pain or life I wish on anyone, because I can't do anything. I can't do anything for anyone--especially myself."

Thankfully, Robert Buchel was not left to deal with his pain alone. Kathryn Lemanski, Buchel's longtime girlfriend-turned-fiance supported her partner's weight loss goals and even moved with him to Houston, Texas once he became a patient of respected bariatric surgeon Dr. Younan Nowzaradan. Despite the financial hardship brought on by the move, Lemanski's commitment to her better half proved to be unshakable.

During a stop on the long car ride from New Jersey to Texas, the 41-year-old suffered a devastating fall while attempting to walk in his hotel room. Buchel was rescued by paramedics and subsequently checked into the hospital to be closely monitored by Dr. Nowzaradan. While recovering, Buchel agreed to a medically-supervised overhaul of his dietary choices.

Moving In The Right Direction

Following his embarrasing transport to a Texas hospital, Buchel completely comitted himself to his weight loss goals. In the first month alone, the New Jersey native lost an impressive 124 pounds. Once Buchel hit his first goal of 718 pounds, he was moved to a rehab facility to increase his mobility.

Bolstered by his inital success, Buchel lost even more weight while receiving in-patient care at the rehab facility. By incorporating regular walks into his daily routine and adhering to his new dietary restrictions, the self-proclaimed food addict reached a total of 217 pounds lost. Despite the fact that Buchel still required a great deal of assistance to get around, his newfound mobility was a liberating development after spending so many years essentially confined to his bed.

With Buchel's excessive weight saddling him with inadequate lymphatic function, the next hurdle in his weight loss journey required surgery to clear. After shedding additional weight to bring his running total to 295 pounds lost, a 547-pound Buchel went under the knife to remove a large lymphedema mass. Shockingly, the lymphedema and surrounding skin weighed over 40 pounds.

The Onset Of Depression

Unfortunately, Buchel fell into a deep depression after his surgery. Saddled with unrelenting chronic pain and a rapidly-developing pill addiction, Buchel refused to get out of bed. "It's like a flip has been switched. He's been nasty since the surgery because he can't get the drugs," said Lemanski, Buchel's bride-to-be.

Just weeks after his surgery, Robert Buchel sadly died from a massive heart attack. Overcome with their grief, Buchel's fiance and mother were consoled by Dr. Nowzaradan who stated that "Robert battled an addiction and lost but he never gave up." In a chilling admission, Lemanski revealed that Buchel predicted his own death by telling her, "If I don't wake up tomorrow please know that I have always loved you" the night before he passed.

Devastated his November 15 passing, Lemanski delivered a moving and heartfelt reading at his memorial service. "I lost my best friend and the person I was supposed to spend the rest of my life with," she said. Still in shock at his sudden passing, the heartbroken fiance of the late Robert Buchel struggled to deliver her touching tribute to the small crowd.

In a lengthy Facebook post, Lemanski shared the sad details of her fiance's passing along with a written testimonial of their love. "I wish I could say that my heart was broken or even shattered, but in reality it is just gone. My heart died along with him. Our future together died along with him," she wrote.