Natural Phenomena You Have To See To Believe

Alex Shea
Natural Phenomena You Have To See To Believe December 12, 2019Leave a comment 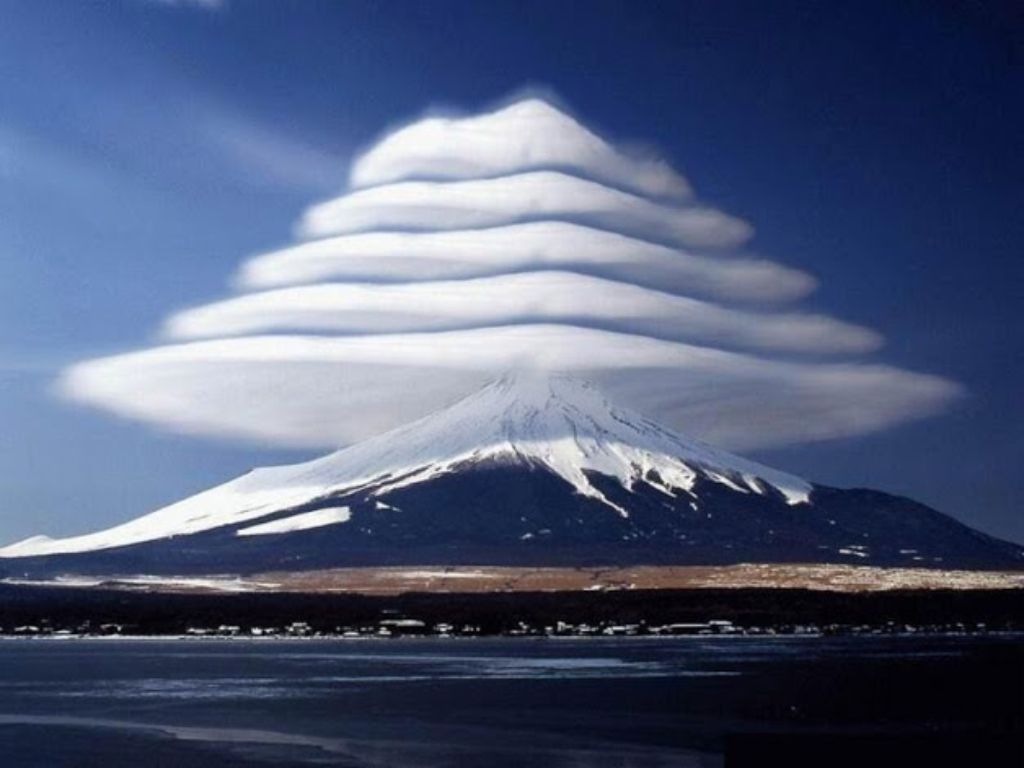 The world works in magical ways. There's beauty in the unexplainable. Scientists have worked hard to crack down exactly why and how some of these natural beauties have come to exist. But alas, some things cannot be proven with the scientific method. Sometimes, you just have to see it to believe it.

Every fall, this forest in Mexico turns completely orange. We can thank the Monarch Butterflies for that. They fly roughly 2,800 miles south from Canada and the U.S to escape the colder months of the year. This forest in Mexico has been their migratory destination for years. They leave in August, land in November, and stay until early Spring.

Coral reefs are living organisms and like other living organisms, they too reproduce. It just so happens that their spawning period is very particular and quite possibly one of the more incredible spectacles in nature. Colonies of coral reefs take their cues from the lunar cycle and the temperature of the water. When it's time, usually in the months of August through November, multiple colonies release their sperm and eggs, gametes, into the water at the same time. The synching is important because this colorful flurry of gametes makes for a better chance at reproduction.

The Aurora Borealis is a magnificent light show caused by light particles from the sun interacting with the gases in our atmosphere, like oxygen and nitrogen. Although they're most closely associated with Alaska, they can actually be seen in both hemispheres. The ones we're familiar with in the northern hemisphere, the Northern Lights, can be seen in Alaska, northern parts of Canada, Norway, and Sweden. In the southern hemisphere, they're referred to as Southern Lights.

Something amazing happens in a small Finnish lake called Lake Tahkon every winter. While they look like snowy, white flowers, they aren't. They're merely ice that has accumulated on a flat ice surface, forming floral patterns. It sure does look incredible, though.

Located off the coast of Western Australia lies Lake Hillier, the lake known for its cotton candy pink color. It might seem strange for there to be a pink lake, but when certain bacteria and specific types of algae are in the same place—wonderful things happen. Lake Hillier isn't the only pink body of water. Murray-Sunset National Park in Victoria, Australia also has a couple of pink bodies of water to captivate your eyes.

Firefly trees are exactly what they sound like. Along the coasts of rivers in places like Papua New Guinea, India, and Malaysia, fireflies congregate in trees. Not just a handful or couple-dozen fireflies, enough fireflies to light up massive trees like a Christmas tree. They only congregate in the trees to breed, but they have created a spectacle. There are tours given in these places for people to witness the synchronized firefly lights for themselves.

Think of a tornado, but over the water. Waterspouts fall into two categories: tornadic and fair weather. Tornadic waterspouts can move from land to water or water to land and potentially cause as much damage as a regular tornado while fair-weather waterspouts start in the water and typically go away when they reach land. The most common sighting of waterspouts is in Florida, but Florida isn't the only place waterspouts can be witnessed.

In the small town of Yoro in Honduras, there's a yearly rain of fish. This is great for the locals because of how impoverished the town actually is. But the explanation for fish falling from the sky didn't come until much later than the traditions surrounding it. Around the same time every year, people think strong winds or waterspouts carry dozens and dozens of fish to the small town of Yoro. There's even a festival held every year in honor of this phenomenon.

Jellyfish Lake is a body of water located on the Rock Islands of Palau, specifically Eil Malk. While there are roughly 70 lakes on the Rock Island, Eil Malk is the only one connected to the ocean through tunnels in the limestone of the rock formations surrounding them. Home to this lake are millions of golden jellyfish and they migrate horizontally across the lake daily.

Volcanic eruptions and severe thunderstorms are usually seen as catastrophic naturally occurring events on their own. Now combine the two and imagine how incredibly dangerous volcanic lightning is. It has been said that when a volcano erupts, there's always a possibility of sparks coming from the mouth of the crater. A good example of this phenomenon is Alaska's Mount Augustine.

Halos are seen as more of an optical illusion than a naturally occurring phenomenon. They typically occur when light from the sun interacts with ice crystals that have been suspended in the atmosphere. This doesn't necessarily mean they can only be seen in colder weather. Halos can have many forms and range from colored to white rings or spots in the sky.

Penitentes actually require snow in order to exist. They're snow formations that are formed at higher altitudes. In fact, the higher altitudes are responsible for the way the thin blades of ice rise and gives them their unique form. Generally, they can be found at high elevations between Chile and Argentina.

Snow donuts are just as cool as they sound. While they may look like someone rolled a bunch of snow and then ran away for someone else to find it, they're completely natural. Snow donuts are intriguing, and they're also rare. Weather conditions have to be very specific in order for them to form, but when they do, watch nature create its own version of a snowman.

While this might look like hair, it's actually another form of lava. It's volcanic glass fibers that happen to resemble hair. In Hawaii, this hair lava is known as Pele's hair. Pele is their goddess of fire. But Pele's hair isn't only found in Hawaii, in Iceland it's known as witches hair.

Supercells are storms, not thunderstorms, but still storms. The way the wind rotates within the storm itself creates a mushroom cloud effect. Supercells create some pretty damaging winds, equating in damage only to the most violent tornado. They're typically found in states that make up the Great Plains of the United States.

This blood-red waterfall in the Taylor Glacier in Antarctica stands 5-stories tall. What scientists once believed were algae responsible for the deep-red color of the falls turns out to be a hidden lake buried underneath the glacier. This lake has been trapped under a thick layer of ice for two million years, in which time it has developed microbes that exist with little oxygen and heat. A small crack in the glacier is the only reason we're able to see this lake, rich in iron, flow into the waterfall.

No, they aren't actual roses. Unlike what Sting taught us, they're pretty magnificent. Desert roses are rose-like formations that happen when crystal clusters include sand grains, enough to coat the crystals themselves. The crystals form into circular arrays of flat plates, giving us that rose structure. You can find them in arid areas of the world like Morocco, Spain and Oklahoma.

This is something in nature that you just don't get to experience too often. But, at least the entire world is capable of experiencing it at the same time. A solar eclipse happens when the moon aligns directly between the sun and Earth, casting a shadow over Earth. While a total eclipse is the most rare, any sighting of an eclipse is worthwhile.

Sort Sol or the Black Sun has been a special phenomenon for the people of Denmark. Thousands of people travel yearly to watch as the sunset is blocked by congregations of birds flying across the sky. It happens twice a year, once in the fall and again in the spring and each occurrence only lasts 20-minutes, but it's 20-minutes worth seeing.

Eucalyptus Deglupta, known commonly as Rainbow Eucalyptus, is a species of trees found in the Philippines, Indonesia and Papua New Guinea. This tree species is special for more than its vibrantly colored bark. It's the only eucalyptus tree that lives in the rainforest and one of the only four eucalyptus species out of 700 that doesn't reside in Australia.

Eye of the Sahara, Mauritania

Also known as the Richat Structure, the Eye of the Sahara is a spectacular circular feature in Mauritania. It's a deeply eroded elliptical structure that encompasses more than 25 miles. Composed of various rock, there are different moving parts as the Richat Structure continues to erode. As far as we're concerned, if you're comfortable traveling through the desert, the Eye of the Sahara is a good reason to make the journey.

The Pando tree groves in Utah are unconventionally beautiful trees that all look alike. The reason for this is that they're all the same tree. Named Pando for "I spread," this tree grove is made up of a group of genetically identical trees. Although the Mother Stem is long gone, researchers estimate Pando to be around 80,000 years old. The best time to see the tree with a thousand clones is when the summer shifts into fall.

Coined "doubletake lake," the Spotted Lake sits comfortably in British Columbia. The spots we see are actually the result of high concentrations of particular minerals like magnesium sulfate and calcium. Most of the lake evaporates in the summer, leaving us with all of its spots. The lakes high mineral composition is said to be the reason why it was sacred to many Native American tribes in the surrounding areas.

The Pororoca in Brazil is a huge wave. Reaching 13-feet in height, Pororoca happens when the moon is at just the right phase. Whenever there's a new or full moon, the ocean tide is at its highest and water flows in from the Atlantic, reversing the way which the Amazon river's water flows. A tidal bore audible to people nearby is the result of this phenomenon. Although it's ridiculously dangerous, it has become popular amongst surfers for that exact reason.