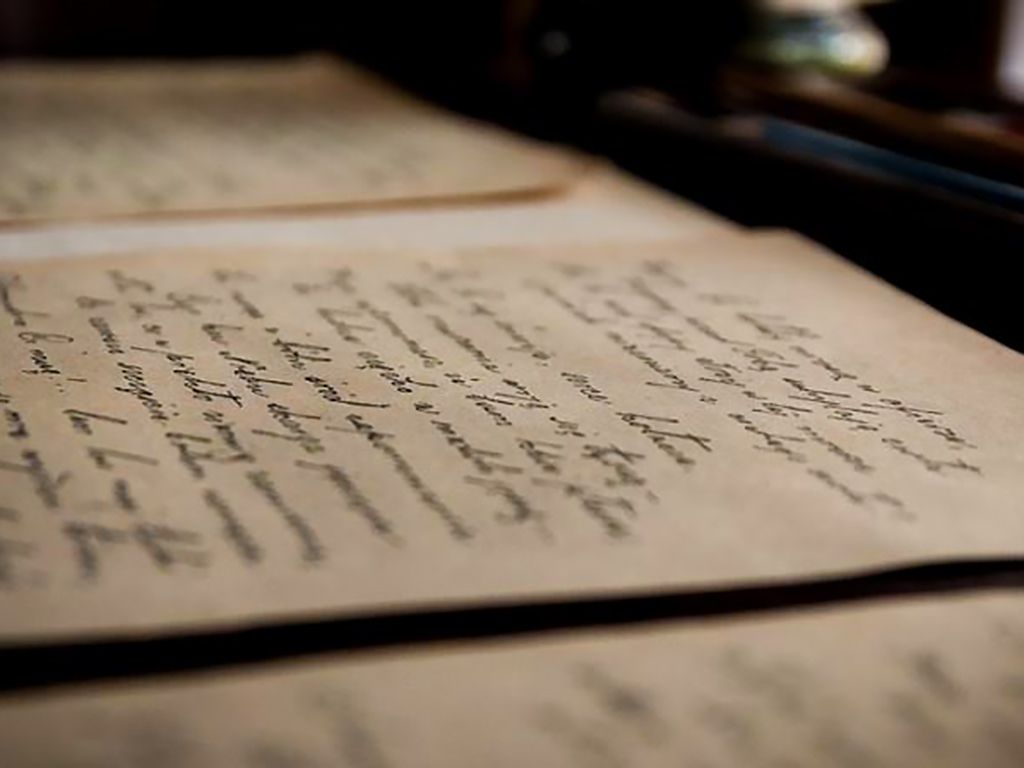 Something had taken control of Sister Maria Crocifissa della Concezione’s body. She had no recollection of what she had done, but according to legend, when she woke up, she found a letter written in weird glyphs that she didn’t understand. But she claimed that an evil force had written it.

It took centuries to find a translation, but with the help of new code-cracking technology, a team of researchers was finally able to decipher the language used to write the letter, and they had to confront their own darkness to do it.

She Was Struggling With her Demons

According to the legend, Sister Maria Crocifissa della Concezione was struggling with something that most nuns feared and hoped would never happen to them. So, she headed to the Sicilian island of Saint Paul to confront her inner demons—literally.

She Joined a Convent and Changed Her Name

Sister Maria was born Isabella Tomasi back in 1645. When she turned 15, she went to the Sicilian town of Palma di Montechiaro to join the Benedictine convent. That’s when she took on the name Sister Maria Crocifissa della Concezione. But something insidious was lurking within her.

She Claimed the Devil Had Taken Over Her

The Benedictine order preached about love, peace and work. But there was no love or peace in Sister Maria’s heart. Instead, something sinister had possessed her. And whenever she approached something holy, she would scream and faint. This convinced her that Satan was using her as a conduit. But what did he want from her?

She Was Found Covered in Ink

It was on August 11, 1676 that the nun was found in her cell, lying on the floor. Her face was full of ink and she was holding some sort of letter. But what was she doing on the ground? Had she been assaulted in some way?

The Devil Made Her Write a Letter

Sister Maria was convinced that Satan was trying to corrupt her. Her fears were seemingly confirmed when something diabolical took over her and forced her to write a letter in glyphs that were eerily similar to occult symbols and ancient wording. But what did it say?

She Offered a Dire Warning

The mystery behind what Sister Maria had written plagued scholars for many years, but she didn’t need any help figuring out what was on the letter. She claimed that she knew and it terrified her and her fellow nuns to the core.

A Spirit Was Manipulating Her

We’ve all seen movies and TV shows that show Satan or the Devil trying to corrupt the souls of an innocent. And what better target could he have picked than a disciple of God? So, Sister Maria claimed that Satan was attempting to convince her to turn evil and denounce God. But as terrifying as that was, she didn’t have much in the way of proof.

What About the Letter?

Sister Maria had the letter and her interpretation of how Satan wanted her to turn against God and all of his teachings. But the letter itself was written in a language that the church couldn’t read. So, no one knew what to make of her warning.

Years passed since Sister Maria had written the letter and yet it remained illegible. But the sisters at her convent didn’t leave anything to chance and decided to display the letter publicly, as a warning. And there was one account from an abbess who claimed Sister Maria’s struggles were real.

Abbess Maria Serafica left a written record about what had happened to Sister Maria. She claimed that “innumerable evil spirits” had tried to attack the sister and that Satan himself tried making her sign the letter, but she resisted him and signed “Ohime” which means “Oh me.” As the centuries passed, many have tried to decipher the letter, but it was in 2017 when someone offered hope to shine a light on the mystery.

A Team of Scientists Tried Cracking the Letter

A group of computer scientists from LUDUM Science Center in Catania were determined to crack the code. They were led by LUDUM Director Daniele Abate. But despite the various tools at their disposal, the team couldn’t decipher the letter. There was one place they could turn to, but it was a very dark place indeed.

They Had to Go Dark to Decipher the Letter

The only thing that could help the team figure out what Sister Maria’s Letter said was through a decryption program that only world governments had access to. So, they had no choice but to acquire a copy of the program on the dark web. But would it finally help solve the letter?

She Came Up With a Code

Abate surmised that Sister Maria had come up with a code of her own by blending different aspects of various alphabets. But there was only one way to be sure and that was by finding a way to crack the code, which is exactly what happened.

They Used a Code Breaking Program to Translate

Abate told The Times in 2017 that “We heard about the software, which we believe is used by intelligence services for code-breaking. “We primed the software with ancient Greek, Arabic, the Runic alphabet and Latin to unscramble some of the letters and show that it really is devilish.”

The Letter Was Thoroughly Analyzed

"We analyzed how the syllables and graphisms [or thoughts depicted as symbols] repeated in the letter in order to locate vowels, and we ended up with a refined decryption algorithm," Abate shared with Live Science. But were they able to finally put this mystery to rest?

They Cracked Part of the Code

Abate’s team was able to crack some of the letter. Unfortunately, a lot of it didn’t make sense in those 14 lines that they had deciphered. But the parts that did make sense would have had some serious repercussions for Sister Maria back in the day.

She Claimed God Was a Hoax

According to Abate, the translation of the letter suggested that God, Jesus and the Holy Ghost didn’t really exist or have the power to do anything. The letter reportedly called the trinity “dead weights,” and there was one more thing that was even more mysterious. But did the Devil make her do it or was it all in her head?

The letter continued, "God thinks he can free mortals ... The system works for no one ... Perhaps now, Styx is certain." Styx is the river mentioned in Greek and Roman mythology and is said to be the thing that separates the world of the living with the world of the dead. But Abate and her team couldn’t exactly take the nun at her word either.

They Couldn’t Ignore the Psychological Profile

"When working on historical decryption, you cannot ignore the psychological profile of the writer. We needed to know as much as possible about this nun," Abate told Live Science. And after some careful consideration, the answer became clear.

She May Have Been Bipolar

Abete claimed that Sister Maria might have been suffering from bipolar disorder or schizophrenia. "The image of the devil is often present in these disorders. We learned from historical records that every night she screamed and fought against the devil," Abate explained.

According to various modern-day scholars, Sister Maria’s writing is mostly gibberish which is why the text has remained undecipherable after all these years. But Abete believes that Sister Maria was not possessed and did in fact know what she was doing.

Abate told The Times, “I personally believe that the nun had a good command of languages, which allowed her to invent the code. And [Sister Maria] may have suffered from a condition like schizophrenia, which made her imagine dialogues with the Devil.”

She Created a New Vocabulary

"The letter appeared as if it was written in shorthand. We speculated that Sister Maria created a new vocabulary using ancient alphabets that she may have known," Abate also shared with Live Science. So, was it possible that there was a simple explanation for the ramblings in the letter?

Was She Really Possessed?

Back in the day, mental illness wasn’t understood. So, while it might have appeared that Sister Maria was possessed, she may have in fact been suffering from mental problems. But the order at the time believed that demonic forces had taken over the sister who was thoroughly blessed to repel the evil influences. But her claims are not an isolated incident.

Although it’s been centuries since Sister Maria was reportedly possessed, the concept of demonic possession remains a real threat in the Roman Catholic Church. In fact, they have trained members of their order to practice exorcism so that what allegedly happened to Sister Maria doesn’t happen to anyone ever again.