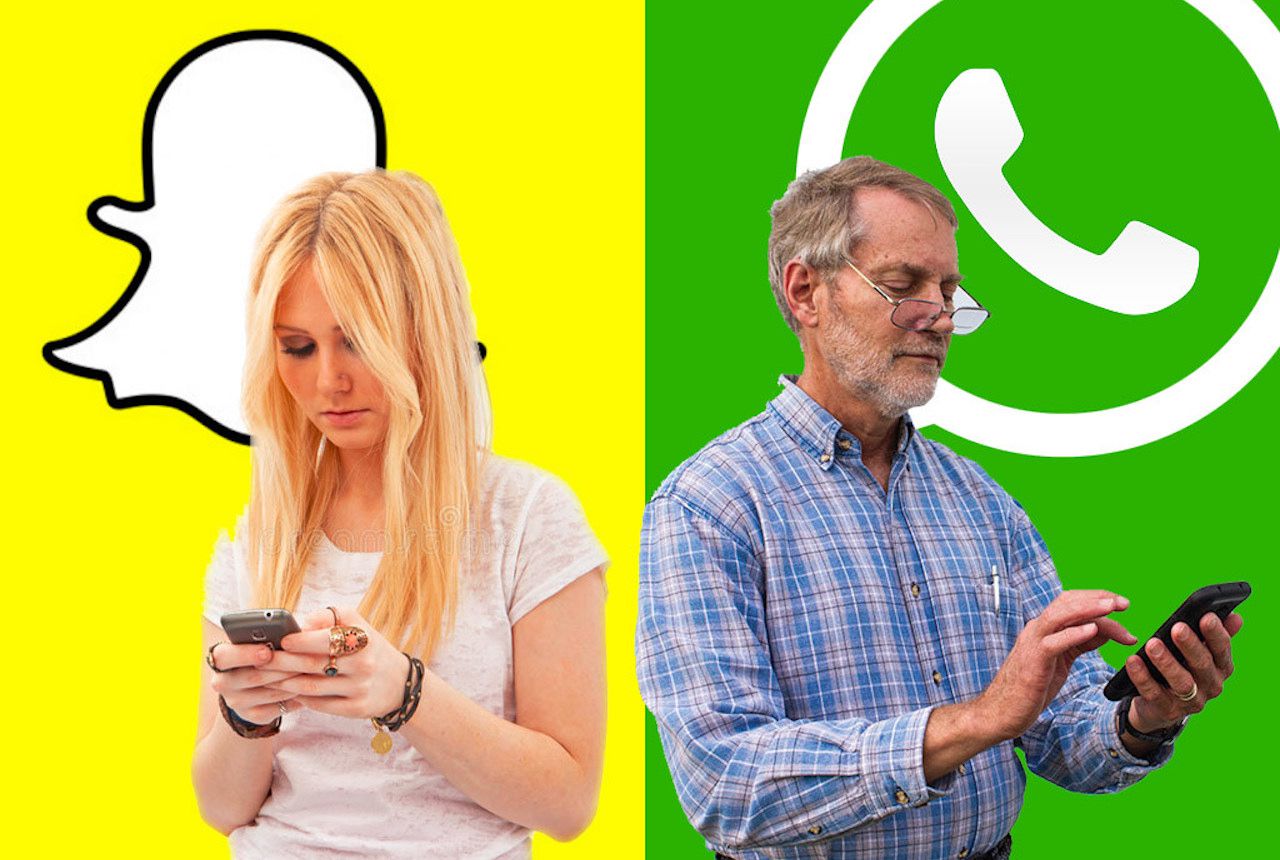 The generation gap between old vs young Americans is huge. For one thing, the internet has played a huge role in shaping millennials and Gen Zers. So the differences between them and the way baby boomers live are countless...

For Americans born before 1955, getting their news comes down to television, radio and newspapers. According to a Pew Research Center study on digital trends, the baby boomer generation prefers the old school methods over getting info from the internet.

[dx_custom_adunit desktop_id="RTK_K67O" mobile_id="RTK_5yk0"] According to the same study, for younger Americans (those younger than 49), the internet ties with TV as their preferred way of getting news. Those even younger (18 to 29) say the internet is their main source for information.

The Pew research study goes on to explain that the older generation of Americans actually consumes news differently from younger Americans. For them, it’s on a regular schedule, likely due to habits built around TV schedules and newspaper deliveries.

For younger Americans, Pew describes their news consumption as “grazing.” What that means is that younger Americans are getting their news in bits and pieces throughout the day, typically checking in on the internet or social networks when they have the time to do so.

[dx_custom_adunit desktop_id="RTK_K67O" mobile_id="RTK_5yk0"] Back in the day, before the onset of Netflix and other streaming services, there was only network television. With commercials. And the TV Guide to help determine what to watch. Older Americans still watch this way, including the part where they have to figure out what’s been going on because they turned the TV on 15 minutes late.

Younger Americans live on-the-go, on-demand lifestyles. Their TV habits reflect this, so Netflix, Hulu and YouTube are their go-tos. They control what they watch, when they watch it, and how many hours they plan to invest into a single season of "The Office."

Two words: travel agency. Those belonging to the baby boomer generation routinely head to their local travel agent or AAA office to book a trip. There’s no stress involved, because someone else is coordinating everything.

[dx_custom_adunit desktop_id="RTK_K67O" mobile_id="RTK_5yk0"] Booking.com, Travelocity, Expedia, Kayak, Priceline: If it’s online and it allows for real-time price comparison, then you can bet millennials are going to use it. Younger Americans are working on a budget, but that doesn’t mean they don’t want to go anywhere exciting.

Before AOL and the introduction of online chatrooms in 1993, social media wasn’t really a thing. It still took several iterations of social platforms to catch on before older Americans decided to give it a go. Even now, older folks tend to stay away from social media outside of Facebook.

Young Americans live their entire lives through social media. Every meal Instagrammed. Every thought tweeted. Every flower crown Snapchatted. It’s how they interact with the world around them, through the filter of whatever life they want the world to believe they live.

[dx_custom_adunit desktop_id="RTK_K67O" mobile_id="RTK_5yk0"] For older Americans, dating means meeting someone in person, asking for their phone number (in person) and doing the whole dinner-and-a-movie thing. Vetting potential partners means going out with each of them (in person) until you realize you’re incompatible.

With the advent of dating apps (hello, Tinder), dating for young Americans became an exercise in laziness and excess. Don’t like what you see? Just swipe through; there’s plenty of other fish in the sea. And a match usually means casual sex immediately and then ghosting.

When it comes to immersing themselves in a story, older Americans will nearly always opt for an actual, physical book. A thing to hold, turn the pages, and revel in the smell of, and a thing to take up 95 percent of the shelf space in the den.

[dx_custom_adunit desktop_id="RTK_K67O" mobile_id="RTK_5yk0"] According to a study by the Center for Generational Kinetics, millennials are out-reading older generations. But younger Americans, while they still generally enjoy reading physical books, are leaning more toward e-readers for a literary fix.

Older Americans tend to approach a job as a lifelong commitment. They expect to sign on with a single company, work their way up and remain in a comfortable position, building their 401K until they’ve reached retirement age.

For younger Americans, however, jobs are a little different. They can be temporary, and switching careers at 35 isn’t really a big deal. They’re more apt to start their own businesses too, because being happy and fulfilled at their job carries more importance for them than saving for retirement.

[dx_custom_adunit desktop_id="RTK_K67O" mobile_id="RTK_5yk0"] Remember your grandmother’s kitchen and its abundance of Betty Crocker cookbooks and handwritten recipe cards? Generally speaking, those recipe cards had the kind of variety that ranged from corned beef to beef hash, but there were at least 100 different ways to make them.

Younger Americans look to YouTube and Instagram for how-to videos. In their world, Tasty reigns supreme over a Pinterest food kingdom. And cooking is more adventurous and experimental for millennials. One night it’s chana masala, the next it’s vegan pad thai.

Baby boomers and older generations have certain rituals when it comes to dining. It’s mostly done at home, around a dinner table and at a specific time. Going out to eat is a treat reserved for special occasions (or once a week/month splurges).

[dx_custom_adunit desktop_id="RTK_K67O" mobile_id="RTK_5yk0"] Young Americans are busy and on the go. Dining is a thing that happens after meetings, before yoga, or between classes. It’s social. And convenience is key. So eating out is big, and delivery via GrubHub or Postmates is even bigger.

Older Americans have a tendency to approach money with a "save first' kind of attitude. They’re saving for something, always: a vacation, a car (because they plan to buy it outright, as opposed to wasting money on a lease), retirement. They’re not much for frivolous spending.

Younger Americans are a generation of paycheck-to-paycheckers. Saving is a luxury reserved for few. And credit cards, lease agreements and Affirm payment plans mean they can have whatever they want in a pinch.

[dx_custom_adunit desktop_id="RTK_K67O" mobile_id="RTK_5yk0"] Committing to a relationship for older Americans means putting a ring on it and starting a family, then living in domestic bliss (or quite possibly domestic hell) for as long as they can handle it. At some point, if things don’t work out, they give marriage another go, because that’s just what you do when you love someone.

Young Americans focus less on domestic life than those who came before them. They’re more interested in their careers, their friends, their dogs and their own lives than on signing a legal document and changing their last name. And for them, commitment and marriage don’t have to be one and the same.