Matthew Loffhagen
How One Man Rigged the McDonald’s Monopoly Game and Stole Over $24 Million in Prizes January 6, 2020Leave a comment 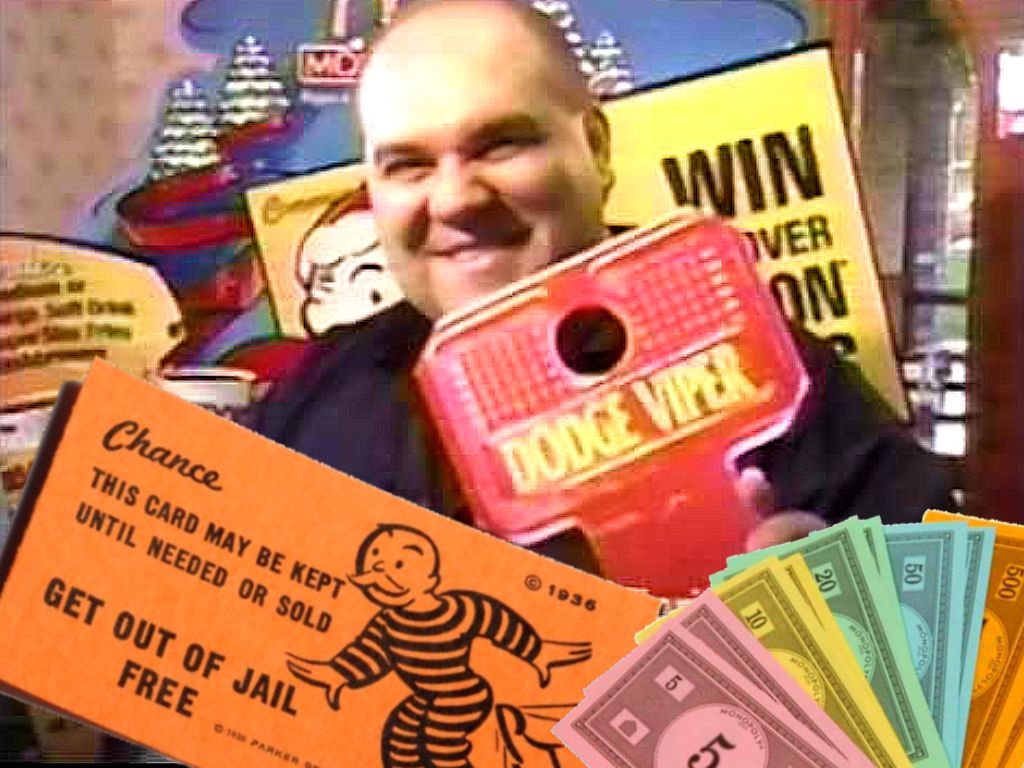 A Matt Damon movie about the McDonald’s Monopoly game might sound like a chore to watch, but the story that the upcoming film is based on is absolutely fascinating. At the heart of this tale lies a conspiracy connecting an ex-cop, the mafia, St. Jude's hospital, and a whole lot of milkshakes.

Monopoly is a long, dull, painful game in which players compete to see who can survive an unfair economy the longest. As such, it’s hardly a surprise that the McDonald’s Monopoly promotion has historically been similarly broken...

For twelve years, almost nobody legitimately won prizes from the Monopoly game. Instead, nearly all winners were in some way connected to one man who was secretly stealing the most valuable prize tokens.

Coming Soon to Theaters With Matt and Ben

The story of the big Monopoly heist is so bizarre that it’s tapped for both a biopic film starring Matt Damon, with Ben Affleck directing, and a competing HBO documentary series to be directed by Mark Wahlberg.

During their Monopoly campaign, McDonald’s gives customers themed tokens with their food purchases. Most of these tokens are worthless, and the average customer will be happy if they win a free ice cream. But some tokens gift prizes like luxury cars, Super Bowl tickets and huge cash prizes. But for years, you could only win one of these prizes if you knew the man in charge (and I don't mean Ronald McDonald).

McDonald’s circulates a few rare tokens that read “Instant Winner!” which don’t require participants to have a full set of game pieces. It was these tokens that were guarded most carefully by the company’s security team, who suspiciously knew a lot of the prize winners.

Sorry Canada, The Biggest Prizes Are in the U.S.

Sometimes customers literally stand zero chance of winning. At one point, McDonald’s reorganized the distribution of the prize tokens so that they prioritized the United States over Canada. This was the start of a far bigger fraud...

Ex-cop Jerome P. Jacobson was fairly enthusiastic when he initially started working in security. He even went as far as to inspect workers’ shoes to make sure they weren’t stealing from McDonald's, but this dedication waned over time.

He Played A Dangerous Game

Said Jacobson, “I knew what we were doing in Canada was wrong. Sooner or later somebody was going to be asking questions about why there were no winners in Canada.”

When Jacobson witnessed the prize redistribution, he began to realize just how easy it would be to get his hands on the winning tokens. By this point he had been promoted to head of security, and he soon began thinking up a sneaky plot.

It was Jacobson’s job to transport the winning prize tokens and personally place them on the packaging factory line. All he needed to do to carry out his plot was to find a way to switch the tokens when nobody was looking. And as head of security, he didn't need to have to much fear about being caught.

Not long after the Canada switch, Jacobson received a package that had been accidentally sent to him from a supplier in Hong Kong. In contained a set of anti-tamper seals which would allow him to switch out the winning prize tokens without anyone suspecting a thing.

To prevent theft, Jacobson was always accompanied by another member of security when he had the tokens. He only needed to find a way to get a moment alone so that he could switch out the tokens and replace the anti-tamper seals.

So how did Jacobson manage this? Simple: he went to the bathroom. In the privacy of the stall, he had a few moments to carefully make the switch and pocket his prizes.

Even after making the switch, Jacobson could never claim the prizes for himself. That would look far too suspicious. Instead, he sold the prizes to distant friends of family members who might want to get in on the action, and he took a cut of their winnings and earned his associates $24 million in stolen prize money.

Jacobson knew that he would be in a lot of trouble if McDonald’s ever found out about his theft, so he made sure he had enough dirt on the company to keep himself safe. Having already stolen records proving the Canada prize switch, he figured his position at the company was safe.

It was then that Jacobson decided to do something really kind with one of his ill-gotten prizes. Provided with the opportunity to steal from the rich, Jacobson went full Robin Hood.

The staff at the St. Jude Children’s Research Hospital in Tennessee were entirely blown away when, one morning, they received an envelope containing a million dollar instant win Monopoly token. Some good Samaritan had handed them an incredible donation without revealing their identity.

McDonald’s obviously took this as an opportunity for free publicity, but despite an investigation into the origin of the envelope, nobody could figure out where the game token had come from. Jacobson assumed he was still in the clear.

Alas, Jacobson was not as safe as he’d assumed. After several years of stolen prizes, McDonald’s bosses were beginning to get wary, and an FBI investigation began searching for a conspiracy.

One of Jacobson’s co-conspirators had snitched anonymously to the FBI, and, working with McDonald’s, they quickly discovered Jacobson’s crimes. To their surprise, his involvement was only the tip of the iceberg.

Playing with the Big Boys

It turned out that Jacobson had also roped in members of the Colombo Mafia to participate in his scheme. In a massive sting, the FBI indicted over twenty people who had been part of Jacobson’s fraud.

The FBI finally came for Jacobson in the dead of night, dragging him away in handcuffs. He went directly to jail, did not pass GO, and did not collect $200. But would the judge be lenient on him because he gave his winnings to charity?

Get Out of Jail Free?

Once in custody, Jacobson admitted his crimes. He attempted to use his stolen evidence of the Canadian cover-up to aid his case, but to no avail. Similarly, while he’d hoped to use his donation to St. Jude’s to bargain for a reduced prison sentence, this was dismissed.

Not all of Jacobson’s accomplices faced jail time. Some were simply ordered to repay their winnings, $50 a month, for the rest of their lives. Because over $20 million was stolen, even with this agreement, McDonald's did not expect to get all of their funds returned to them.

Monopoly at Its Finest

Ultimately, this story ends with the biggest, wealthiest food entity (McDonald’s) squeezing pennies from everyone else in a slow, agonizing trudge to the finish. Just like any other game of Monopoly!